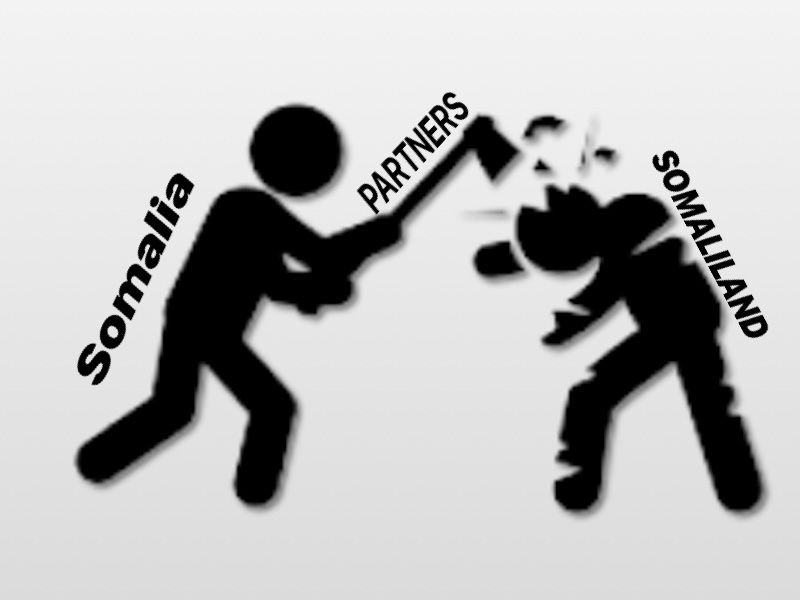 International Partners collude with Farmajo and Somalia in the political, economic and humanitarian fight against the nation and people of Somaliland fully well aware of the ramifications.

International Partners of Somalia, once again, spare no effort to bring Somalia political stakeholders together to reach an agreement on critical issues impeding the implementation of an electoral process palatable to all.

The Partners called the federal government of Somalia and federal member states to come to terms.

Partners urge the FGS and FMS to finalize the implementation of an electoral model based on an agreement the two sides reached on 17 September 2020 which has flopped before it even started.

“Somalia’s international partners call on all signatories of the 17 September agreement to come together urgently to finalize implementation of the electoral model, building on the work of the Technical Committee which met in Baidoa on 15-16 February,” their latest statement on 23 February on the Somalia electoral Impasse.

The Technical Committee ‘agreement’ quoted above declared that members hammered out a possible solution to the two primary stumbling blocks to an agreement between the FGS and the FMS, namely, ‘selection’ of  Somaliland and Garbaharrey MPs – both of whom Farmajo wanted for his own.

Strange that the international partners are so worried that the FGS and FMS cannot settle the issue of a selection of MPS for a country that has been totally independent of Somalia for over thirty years now.

Stranger it is that the partners know this and are, yet, financially supporting it in the full knowledge that the said MPs to be picked off Mogadishu streets neither represent Somaliland nor can even set foot in it even for a second without facing the wrath of that country’s laws.

There are about 58 MPs’ votes in the bicameral federal parliament that are for sale to the highest bidder who is currently the president whose term ended on 8 February seeking re-election.

Together with Garbaharrey’s 16, Farmajo was counting on 76 unopposable permanent ‘ayes’ in parliament.

Fully well knowing that Farmajo was going to use those votes to sabotage Somaliland development and progress and to keep denying the right of 6 million inhabitants to reclaim the voice they lost to a deplorable merger with Somalia in 1960, the partners keep the Farmajo farce alive.

By doing so, the International Partners collude with Farmajo and Somalia in the political, economic and humanitarian fight against the nations and people of Somaliland Republic fully well aware of the ramifications.

They should have heeded their own advice, as below, by applying their statements to ‘act with independence from political interests’.

“Federal and Member State leaders should also maintain open lines of communication with other Somali political leaders and civil society to ensure the elections have the broadest possible support and electoral bodies act with independence from political interests,” the statement suggested.

Since the Republic of Somaliland is neither a signatory to the Somalia federal Somalia nor has an intention to join it, the partners should have long taken a stand to question the legality of foreign elements deciding the destiny of people who were neither there nor wanted to be.

The partners promise that they will honour and support the outcome of the talks they call for even though they know they are continuing their disservice to the basic human rights of the people of Somaliland.

“It is now more urgent than ever for Somalia’s political leaders to place the national interest first and work together to hold elections that are broadly supported as soon as possible to move the country forward. International partners are actively supporting Somalis to achieve this outcome,” they said.

No wonder the world is in constant political turmoil!