The first of many livestock shipments destined for the United Arab Emirates’ markets is to leave the Berbera Red Sea port, Sunday, according to the manager of the Saudi-Emirates Quarantine/Marshalling yards by the port.

Dr Waleed, briefing the Vice Minister of Animal Husbandry and Fishing, Ms Yurub Abib, on an inspection tour to ongoing ministry-run projects and interests at the port, said some 5000 heads of sheep and goats will be loaded to a ship departing for the UAE next morning.

Dr Waleed stated that the animals were taken through rigorous tests at their labs after which a certificate of clean bill of health was issued.

“We are shipping the first 5000 heads of shoats to the Emirates which constitutes the very first of many more to follow,” Dr Waleed said.

The port of Berbera has, traditionally, commanded en exclusive ecit point for Somali livestock export. It was trusted bt importers for its quality exports – a privelege tiny Djibouti next door has been unsuccessfully trying to take over for the past three decades. 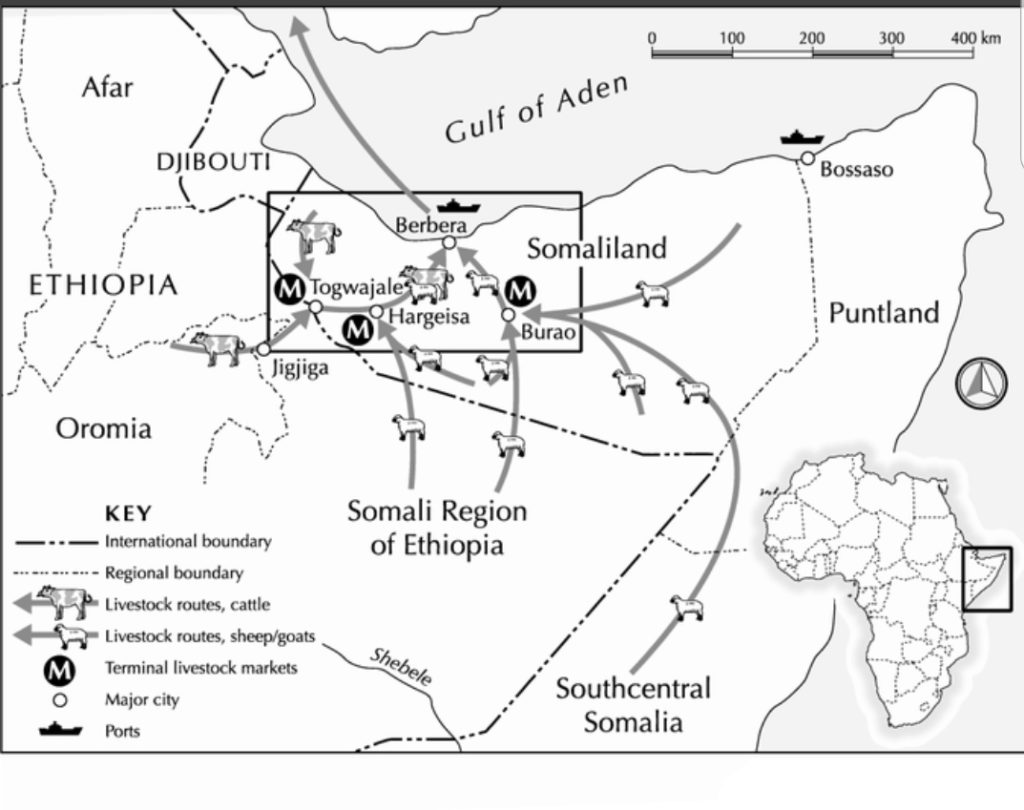 A state-of-the-art abattoir has been built at the port to send fresh meat to the Gulf which will greatly contribute to the country’s foreign exchange earnings.

The Emirates is a welcome reprieve to Somaliland livestock export which had been adversely affected since the Saudis slammed an inadequately justified ban on Somali livestock export to the Kingdom in 2017. Since then only a trickle which is not in any way comparable to the huge Berberawi sheep market in that country has left Berbera over the years. Exporting during Hajj seasons, which has hitherto seen the greatest livestock exports, remained idle but for a third or a fourth of previous volumes reluctantly accepted by the Kingdom.

The United Arab Emirates has, for recent years, revived economic confidence in the unrecognized East African country through a number of projects it started in conjunction with the government of Somaliland among which are the long-term development of the port,  a free trade zone and an ultra-modern, dual carriageway highway it is building to connect Berbera to the Ethiopian border.