There may appear to be few similarities between Wales and a war-ravaged self-declared African republic (of Somaliland) where people suffering from mental health problems are chained up.

Yet, a group of Cardiff men raising £100,000 to help them is just the latest chapter of a relationship with Somaliland that goes back nearly 150 years.

In May 2015, the city council became the second British local authority – after Sheffield – to recognise the country’s independence from Somalia.

Despite this, Welsh Somalilanders think there is little awareness of what they believe is Wales’ fastest growing ethnic minority community, saying its population is nearer 7,000 than the 1,300 recorded.

They likened the crippling aftermath of war there to a “tsunami effect” and are co-ordinating a UK-wide operation to help rebuild the country from their Butetown base. 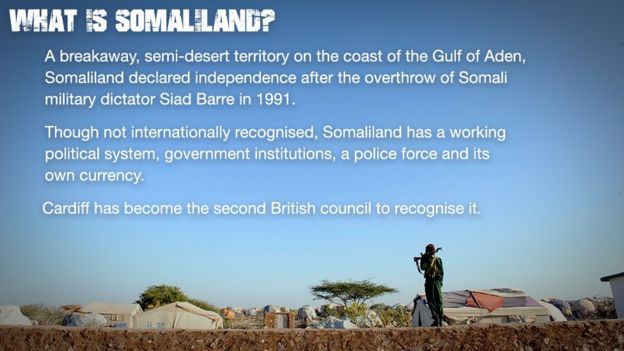 It was in 1870, after the opening of the Suez Canal, that men from the area began travelling to Cardiff to work in the docks.

A community developed around the Butetown area and grew further 100 years later when people started making the journey to escape war and persecution instead.

Eid Ali Ahmed was born in Somaliland when it was part of the British empire but had left to work as a banker by the time Somali dictator Mohamed Siad Barre seized power in a military coup in 1969.

“I was a wanted man. The general imposed sanctions on everyone who protested against the regime in universities in Europe and I would have been thrown in prison,” he said.

“In 1979, everyone in exile was given an amnesty and I went back. I couldn’t believe the conditions.

“The country was so devastated – there was no electricity, no water, in my city (Hargeisa) there was nothing left.” 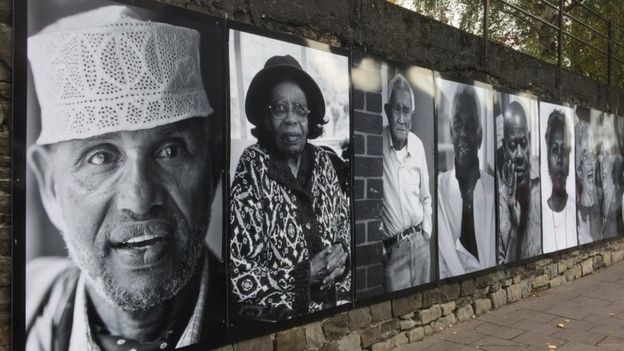 A photo collage in Butetown, Cardiff, illustrates the ethnically diverse population that lives in the area

Mr Ahmed quit his job and returned home to help rebuild the country – but by 1987, the regime was putting people in prison once more and he fled to Cardiff, working as a community worker and teacher.

He was a founder of the Welsh Refugee Council, working as its director until 2015, while he also helped Somalilander youngsters learn English, gain an education and integrate in the community.

One of these was Adam Yusuf, who left Somaliland in 1990, aged 16, when tanks moved outside his house, bombings began and troops tried to cut off his home city.

A year later in 1991, the territory declared independence from Somalia, but he believes it is still struggling to recover 25 years later.

“After the war, a lot of people became mentally ill. They had families to look after, but no opportunities or jobs,” he said.

“People who had money built their own houses but those who couldn’t afford to just wander around the streets now.

“Children throw stones at them and they try and defend themselves. There are no doctors to help and their family can’t do anything but chain them in the house to keep them safe.” 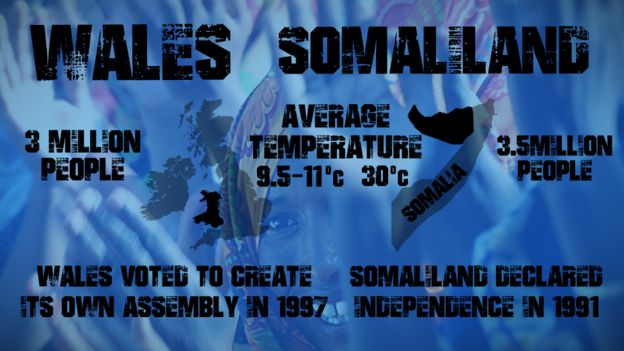 According to the 2011 census, there were 1,327 people describing themselves as Somali or Somalilander in Wales – with only Tower Hamlets and Ealing in London having a higher proportion of their population in this group.

However, with some families now fourth generations, studies, including one in 2004 to accompany the exhibition “Somali Elders – Portraits from Wales” estimate there are 7,000 people of Somali descent in the country, with 5,000 in Cardiff. The majority of these are believed to be specifically from Somaliland.

This elevated figure could in part explain how about £100,000 has been raised in five years after volunteers began putting collection boxes in Cardiff homes.

There are now about 200 in use in the city, while a network has been set up with communities in other UK areas such as Birmingham and London also raising money.

“The whole country is in trauma,” said Nasir Ali, chairman of the Somaliland Mental Health support organisation that emerged from the fundraising.

“It is one of the most deprived countries in the world from where all the professionals have fled. About a third of men have mental health problems but there is a terrible stigma and no help.”

To put this into context, the country has a similar population to Wales – 3.5m – and Mr Ali believes there are only a handful of specialist doctors.

With money and equipment from the UK, and other countries with Somalilander populations, like Sweden, they have helped build and equip two hospitals, as well as supplying them with medicine for a year.

A target of raising £60,000 for a new mental health unit in the capital Hargeisa has also been achieved.

However, dealing with the emotional scars of war is not the only challenge facing Somaliland – with communities also faced with the prospect of increasingly long dry seasons and drought. 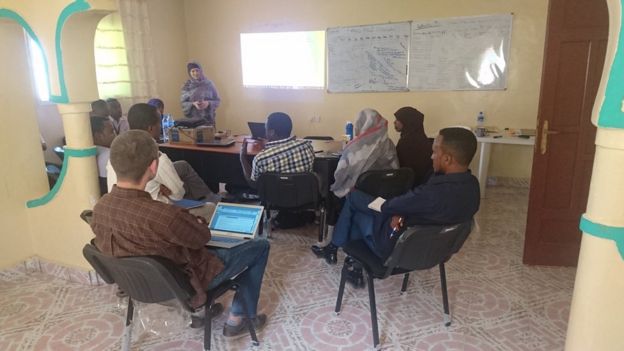 “A conversation I didn’t expect to have followed the enthusiastic response when I told people I was from Cardiff,” said research and evaluation consultant Lizzie Wood.

“A taxi driver said he watched the news of the council recognising Somaliland on television and was happy to see Cardiff’s commitment to the republic.”

After working in DR Congo, Syria and Nepal, she travelled to the country to evaluate a project run by World Relief Germany and Tearfund, which is helping people manage the harsh climate.

In villages around Hargeisa, where there is little money coming in, people are being urged to collaborate – sharing livestock, resources, conserving water and growing food together.

Mrs Wood described the scenery in rural areas as “beautiful” with “sweeping views, shady trees, clusters of households and occasional herds of camels or goats”.

But she added: “Many residents in rural communities told me that until a few years ago they experienced periods of rain shortage and drought about every five years, whereas now this is happening every year.

“They are now better equipped to prepare and cope for these challenging periods, however, they are concerned that the dry periods are becoming longer and more frequent.”

Mrs Wood found many in Somaliland are aware of the help given to it by people from Wales.

It is hoped an event planned for Cardiff’s City Hall on 15 December will create more awareness of those from the African territory who have made significant contributions to Welsh life. 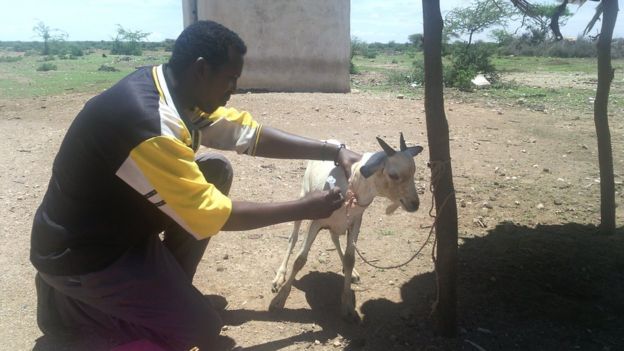 LIZZIE WOOD. A goat is vaccinated as part of the project to train people in animal health, setting up small businesses and sustainable farming practices 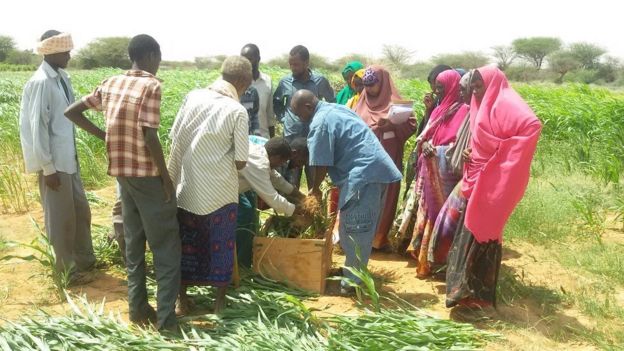 LIZZIE WOOD. People are taught to share resources as they prepare for longer periods without water