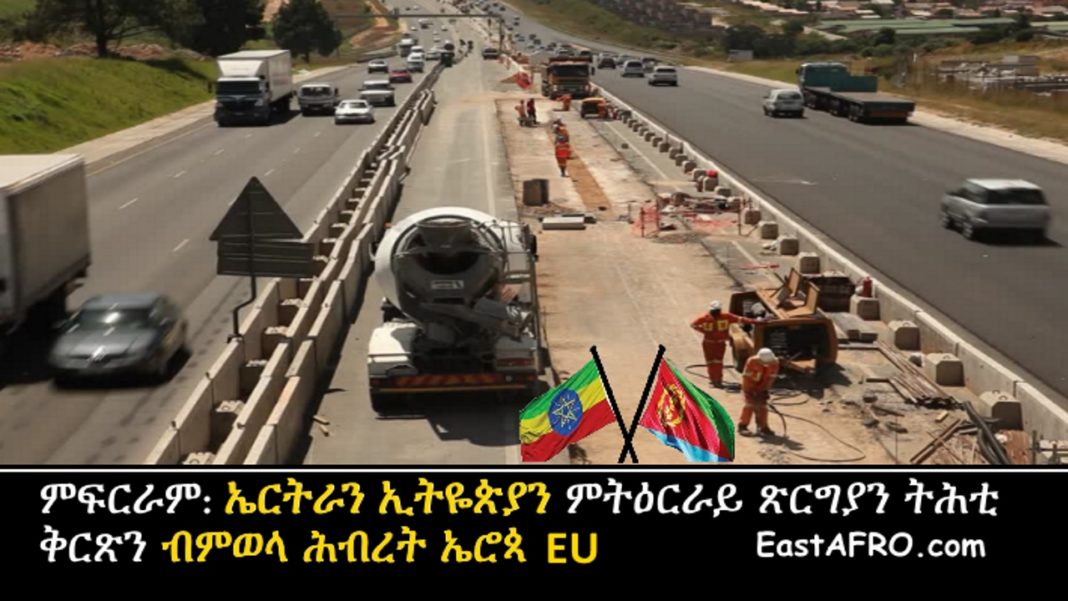 Ethiopia and Eritrea will sign an agreement to rebuild the road infrastructure connecting the two countries as part of an EU-funded project in a few months, Mehreteab Mulugeta, the director general for European affairs at the Ethiopian Foreign Ministry, told Sputnik in an interview.

Back in February, the European Union earmarked 20 million Euros ($23 million) for a project to rebuild the road connection between the two countries. The announcement came several months after Ethiopian Prime Minister Abiy Ahmed signed a peace deal that put an end to the two-decade-long Ethiopian-Eritrean territorial conflict.

“The two sides are discussing now and as soon as the preparation of the agreements is ready, then, we will sign these project agreements between Eritrea and Ethiopia. Then, we will proceed and that I think will be soon, in the coming months, in a month or two,” Mulugeta said.

He specified that work on revamping road infrastructure had not yet started, with both sides anticipating to restore traffic as well as free movement of people and goods.

“For the last 20 years, [roads] have been useless, so we have to repair them and make them ready or usable again. We are preparing our roads; they are doing their part in Eritrea.

But we need assistance because we need to build roads, expand roads to make them usable by big trucks. We need to build railways and other facilities so we can have smooth people-to-people movement. Goods should come and go out,” Mulugeta explained.

The diplomat added that the “involvement of any partner, not only the European Union, including the Russian government is welcome.”

According to Mulugeta, such projects will be “very useful” for strengthening bilateral relations between the two countries in the wake of the years-long conflict.

In early June, Ethiopia’s ruling People’s Revolutionary Democratic Front (EPRDF) decided to fully accept and implement the ceasefire deal concluded by the governments of the two countries in 2000. The Algiers Agreement, as it was called, recognized some disputed areas, including the town of Badme, as Eritrea’s territories. As part of the agreement, Ethiopia had to withdraw its forces from the territories that the agreement considered as Eritrean, a process it began in late 2018.

Eritrea split from Ethiopia in the early 1990s, leaving the parent nation landlocked. This sparked a war between the two countries in 1998-2000, which killed around 80,000 people.