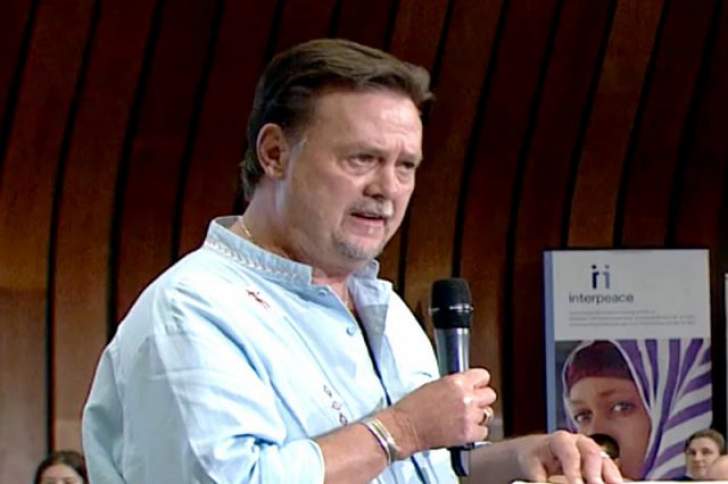 One of the unsung heroes of the war of liberation Jeremy Brickhill celebrates his birthday today (Tuesday). Jeremy Brickhill is one of the white people who served in Zimbabwe’s liberation war as an officer in the military wing of Joshua Nkomo’s Zimbabwe African People’s Union (ZAPU) the Zimbabwe People’s Revolutionary Army.

He fought side by side with his brother Paul Brickhill who was also a ZPRA cadre.

After Independence, he led the Zimbabwe Advisory Team which supported Somaliland’s successful heavy weapon disarmament exercise in 1992-4, supported IGAD’s Special Envoy during the negotiation of the Sudanese Comprehesive Peace Agreement and was posted as an advisor to the African Union Mediation Team during the Abuja Peace Talks on Darfur.

As Senior Advisor for Security Sector Planning for the European Commission in Somalia (2007-8) he participated in drafting the “International Assistance Framework for the Security Sector in Somalia” a seminal document attempting to reconcile SSR and counter-insurgency doctrines and now adopted by the governments of UK, USA and the European Commission as the basic framework for addressing the stabilisation process in Somalia.

He has worked for the United Nations as a programme manager and advisor in several conflict countries.

He is an active member of the African Security Sector Network (ASSN) and is a regular presenter for the Global Faciliation Network for SRR Practitioner Courses and at the Defence College of the UK.

Congratulating Brickhill on Facebook, Siphosami Malunga the son of the late veteran nationalist Sydney Malunga said, “Meet Jeremy Brickhill, the battle-hardened white guerilla and freedom fighter. A trained officer in ZIPRA. A liberation war veteran. A man I admire. An unsung hero. People like Jeremy and Prof Reginald Austin, another freedom fighter have always inspired me. Both my father’s friends and comrades.

“They are a constant reminder that it is not people we are fighting but oppressive systems- racism, tribalism, authoritarianism, and others isms. I am always ashamed when people attack others on the basis of the color of their skin or any other “unimportant” physical characteristics. Mugabe conveniently and cowardly did that a lot with his “let us put fear in the hearts of whites” nonsense.”