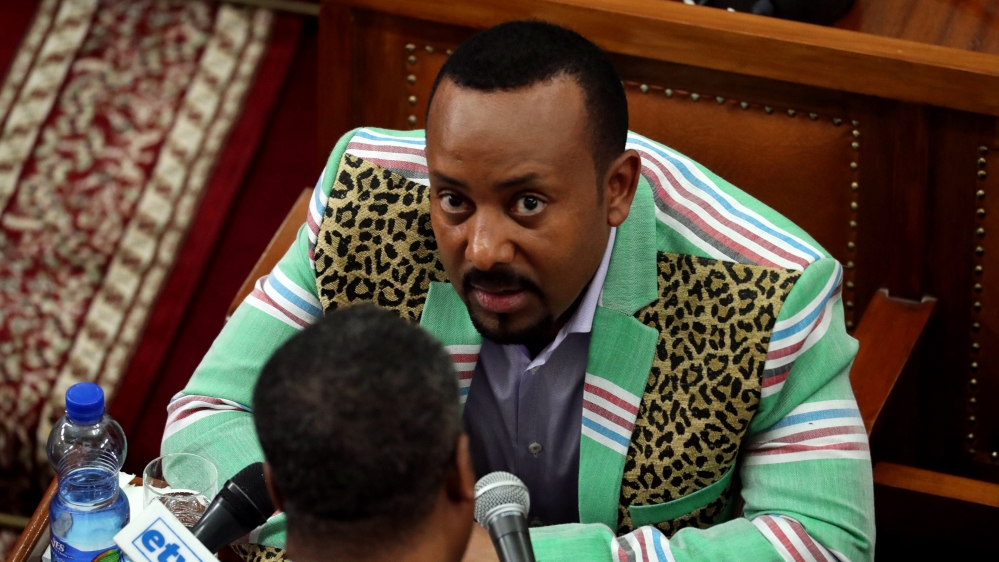 Has Abiy Ahmed turned Ethiopia into a one-man show?

Just days before, Hailu was arrested for the fifth time. As usual, his profile had brought him to trouble with the authoritarian state.

Along with millions of Ethiopians, he hoped Abiywould pull the country out of more than two years of unrest and political strain.

The two most populous regional states, Amhara and Oromia, which make up about 65 percent ofEthiopia‘s estimated population of more than 100 million, had witnessed more than two years of unrest that left hundreds dead and thousands injured.

TPLF represents ethnic Tigrayans who make up about six percent of Ethiopia’s population.

The outcome of the 2020 elections will decide the future of Ahmed’s political career as well as Ethiopia’s political future. ABEBE AYNETE, RESEARCHER

Abiy came to power after months of secret negotiations, promising to change the EPRDF’s repressive and violent image.

Hailu said while there are myriad unsolved challenges, Abiy should be praised for his role in releasing thousands of political prisoners, delisting dissident groups from a terror list and, recently, enacting a law in favour of civil society groups in Ethiopia.

The new Civil Society Proclamation means groups no longer have to solicit 90 percent of funds from domestic sources. Activists, opposition politicians and human rights groups had alleged the previous law, enacted in 2008, was intended to squeeze the space for free speech.

But there is still more to be done, explained Hailu.

“The Ethiopian PM’s legitimacy hinges on political reforms,” he said. “I have identified about a dozen laws that are stifling the political and civic space in the country.

“While Ahmed has started reforming the institution, I feel it’s being delayed. Ultimately, I trust my safety through reform of institutions, not through action of a single individual.”

For others, the pace of Abiy’s reforms has triggered questions over the EPRDF’s future.

Abiy is the chair of both the EPRDF and the ODP.

Comprising four ethnically oriented parties, EPRDF followed a democratic model – meaning a consensus has to be reached within each constituent party before major political and economic reforms can be signed off.

This is one of the reasons Abiy’s predecessor, Hailemariam Desalegn, was forced to resign.

After assuming office, Abiy wasted no time. He allowed dissident groups to enter the country, made peace with former rival Eritrea and embarked on a series of economic reforms.

Abebe Aynete, a researcher at the Ethiopian Foreign Relations Strategic Studies (EFRSS) think-tank, said Abiy’s moves are in contrast to EPRDF’s previous consensus-based, bureaucratic actions, but have created unease within the ruling coalition. There is widespread perception that Ethiopia is now a one-man show.

“In December 2017, while Desalegn was still in power, EPRDF had done a marathon 17 days of internal debate, which in the end resulted in agreement to institute political reforms.

“Ahmed took radical decisions on the agreement, without being stymied by the party’s slow decision making process,” said Aynete.

The reform process saw the dominant TPLF being cast aside, and the Oromo and Amhara political wings of EPRDF put under pressure from previously repressed ethnic nationalist movements.

Abebe said Abiy’s next year is bound to be difficult as the country approaches national elections in May 2020.

At a recent press conference, Abiy acknowledged the influence ethnic conflicts could have on the status of the Ethiopian capital, Addis Ababa.

An ethnically mixed city of more than four million people, Addis Ababa is surrounded by Oromo settlements and the city’s fast expansion was the subject of more than two years of unrest that brought the EPRDF to its knees – paving the way for Abiy’s premiership.

He has tried to walk a political tightrope, trying to appease Oromo activists who want to reclaim “historical rights” over the city while assuring other sections of society that the city belongs to every Ethiopian.

Abiy’s hedging reflects the intricacies of governing a country where ethnic and religious identities are frequently interwoven, and where dissatisfaction with inefficiency and perceived discrimination, coupled with nostalgia for old unitary systems, runs high.

In September 2018, dozens were killed in and around Addis Ababa as young ethnic Oromo, who had come to the city to welcome the leader of a previously banned rebel group, clashed with other youths.

Addis Ababa’s status, the ethnically oriented mode of Ethiopia’s federation, the role of regional special police forces accused of human rights abuses and the Ethiopian Constitution – which allows regional states the right to autonomy up to secession – are challenges both Ayente and Hailu believe the prime minister, despite being relatively popular, can’t solve without democratic legitimacy.

Aynete said with Ethiopia seemingly entering into a coalition style of politics, with EPRDF constituent parties trying to find allies in opposition groups, Abiy’s biggest challenge will be holding a free and fair election in two years.

“The ruling party which Ahmed represents has dubious legitimacy [among] many Ethiopians,” Aynete. “The outcome of the 2020 elections will decide the future of Ahmed’s political career as well as Ethiopia’s political future.” 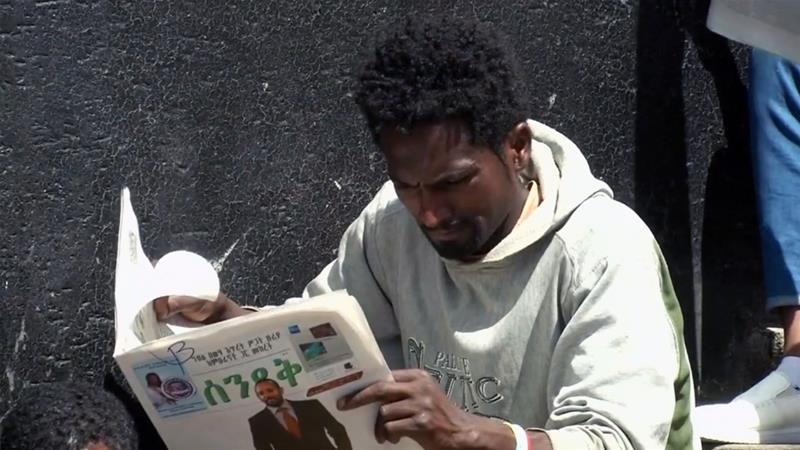 Between hope and fear: Press and politics in Ethiopia one year on