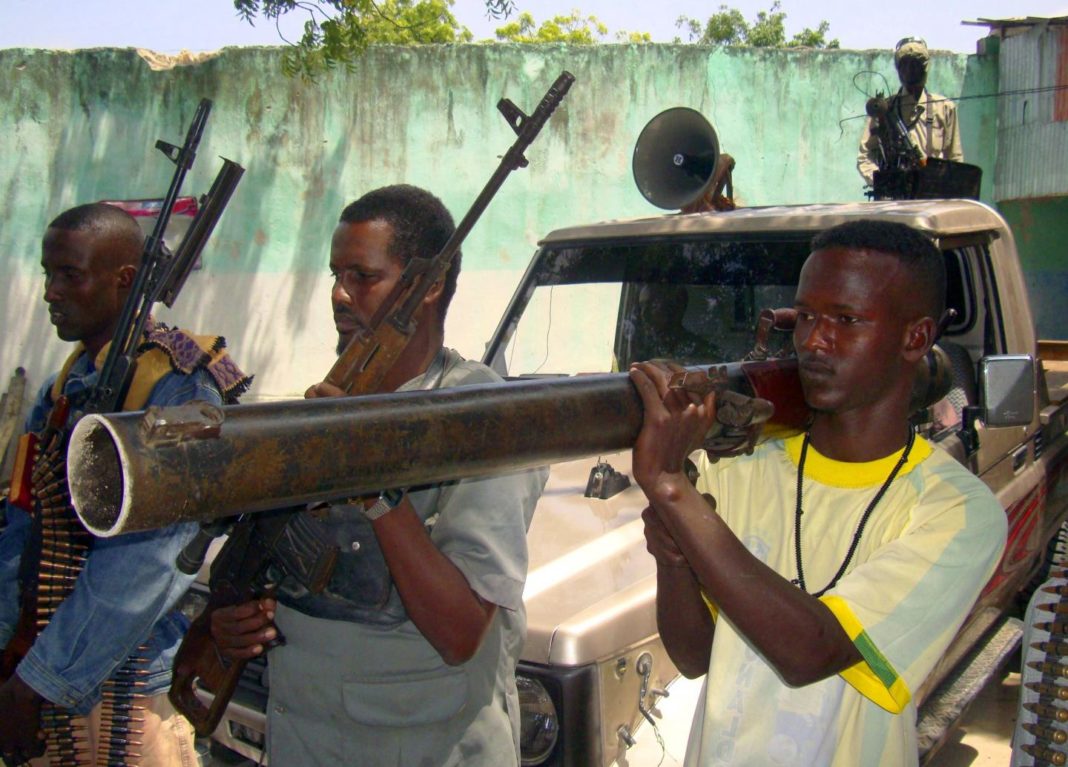 It is time for Foggy Bottom and Congress to wake-up, because poor choices in the U.S. Embassy in Somalia increasingly waste taxpayer funds, endanger regional stability, and ultimately undermine U.S. national security.

Al-Shabaab, a U.S.-designated terrorist organization with ties to Al Qaeda, is on the warpath. In November 2019 alone, its leader appeared on video for the first time, the group invaded a town in the former British protectorate of Somaliland and claimed five assassinations in two days. On November 27, the group released a video documenting an attack on the Somali National Army at Daynunay, outside of Baidoa; the graphic film documented Somali National Army casualties and corpses and burning property. Across Somalia and even within sight of fortified airport green zone in which the U.S. embassy sits as well as Villa Somalia, Somalia’s equivalent of the White House, Somali politicians and officials say that al-Shabaab openly taxes businesses and solicits protection money, not only from private citizens but also from members of the government.

After spending billions of dollars to help shore up the Somali central government, the United States is in denial. Just six months ago, Col. Charles Bergman, the lead integrator for U.S. Africa Command operations in Africa, said that “Somali security forces are demonstrating command and control of their forces, success against al-Shabaab, and are holding ground.” Such an assessment was nonsense, and akin to repeated but empty promises a decade ago attesting to improvements in both Iraqi and Afghan security. Al-Shabaab had repeatedly struck deep into Mogadishu and Kismayo. The idea that the Somali government is making progress is belied by a simple test: No Somali official—let alone a Westerner—can make the three-mile drive between the Aden Adde International Airport and Old Mogadishu without bulletproof cards and full security detail.

The problem increasingly is not only corruption across Somali society, but also a misguided policy implemented by Donald Yamamoto, the U.S. ambassador to Somalia, without any apparent State Department or Congressional oversight.

The United States and the broader international community tried to stabilize Somalia after its descent into state failure in 1991. In 1992, President George H. W. Bush committed twenty thousand American troops to Somalia to help stave off famine, but the U.S. provision of aid only empowered Somalia’s warlords. The United States withdrew its troops after the Blackhawk Down incident but did not forget Somalia. The State Department worked with the United Nations and the European and African Unions first to stand up a Transitional Federal Government and then, after 2012, the Federal Government of Somalia (FGS), a union of federal states—Puntland, Jubaland, Hirshabelle, Galmudug, and the South West State. The constitution, in theory, includes Somaliland, although that former British protectorate left the union in 1991 and reasserted its previous independence. In May 2015, Secretary of State John Kerry paid a surprise visit to Mogadishu to praise Somalia’s progress. “Three years have passed since a new provisional constitution was adopted and a parliament was sworn in,” he said. “Somali forces have pushed al-Shabaab out of major population centers. . . . New life has returned to the streets of Mogadishu, and fresh hope to the people of all the country.” In 2017, Somali parliamentarians and senators elected Mohamed Abdullahi Mohamed, better known as Farmajo, to be president. Yamamoto, an experienced East Africa hand and former acting assistant secretary, took over as ambassador just over a year ago in the newly reopened U.S. Embassy in Mogadishu.

The strategy Yamamoto has since instituted is opposite to that which he promised Congress during his confirmation hearings. Rather than help Farmajo build democratic institutions, Yamamoto has stood by while the Somali president has eviscerated them. And rather than implementing economic programs to help Somalis rebuild their society, the U.S. Embassy now pursues a strategy which Somalis across the political spectrum say plays into al-Shabaab’s hands. And rather than recognize reality, Yamamoto is doubling down on his gamble either out of denial about just how bad things are outside the embassy walls or in the hope that the strategy for which he is responsible will somehow deliver different results if pursued long enough.

The problems are multiple: To concentrate all funds into the central government makes sense in theory if the goal is to allow that government to buy patronage. In reality, however, Somali history shows that such money fuels corruption. Farmajo—who hails from the same sub-clan as the late dictator Siad Barre—increasingly seems to be modeling himself after his relative. Rather than lead an inclusive government, he seeks to consolidate power entirely in his person. He has failed to implement national security architecture needed to support the Somali National Armed Forces. The optimism Kerry described has evaporated. Restaurants and businesses have closed. The Somali diaspora has largely concluded the country is again sliding into an abyss.

By supporting Farmajo as he unconstitutionally dismissed the speaker of the parliament and uses international funding to undermine Somalia’s federal states, the U.S. Embassy has not only undermined Somalia’s constitution and ceded the moral high ground, but has also fueled a culture of unilateralism which ultimately benefits al-Shabaab. Ordinary Somalis increasingly turn to the militant group not only for protection but also for justice since Somali courts are slow and corrupt.

Gambling on Farmajo has other drawbacks. Somalis across the political spectrum say Farmajo is more interested in suppressing political opposition in Mogadishu and in federal states than he is in fighting al-Shabaab. AFRICOM whack-a-mole has failed to stem the Al-Shabaab tide. Meanwhile, Yamamoto’s strategy and tactics have backfired, wasted hundreds of millions of dollars, and undermined the political compact required to stabilize Somalia. By fanning nationalist flames against Somaliland autonomy, Farmajo not only risks undermining a stable and secure region, but also might even open its eastern flank to al-Shabaab or Islamic State penetration. Yamamoto has compounded this problem by imbuing Mogadishu with full sovereignty, disincentivizing Farmajo from making political compromises. Rather than unify Somalia, this, in turn, is ripping it apart.

At present, Farmajo is driving Somalia off a cliff. It is not too late. Rather than flood Somalia with cash, Congress should question whether aid itself is the problem. And while the United States often over-invests in individuals, the State Department should ask whether Farmajo the individual or the Federal Government of Somalia as a system is more important. Dictatorship brought Somalia to its knees and should neither be tolerated nor repeated. Nor can al-Shabaab be defeated when Farmajo would rather target political opposition than the terrorists who threaten not only Somalia but the wider region. It is time for Foggy Bottom and Congress to wake-up, because poor choices in the U.S. Embassy in Somalia increasingly waste taxpayer funds, endanger regional stability, and ultimately undermine U.S. national security.