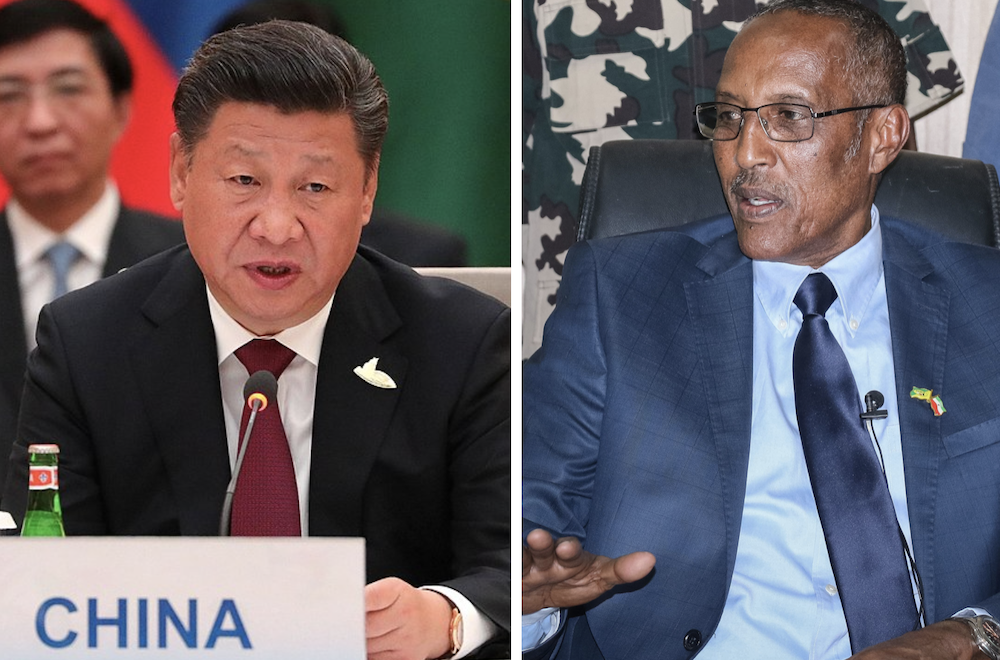 The African nation says no to foreign influence, including the U.S., with remarkable success.

The unrecognized Republic of Somaliland recently did what few African states do: it defied China. On July 1, Somaliland and Taiwan, another nation not recognized by the United Nations, agreed to exchange ambassadors and open embassies in their respective capitals. The Chinese government is not accustomed to such rebuffs and has condemned the move by saying that Taiwan is undermining the territorial integrity of Somalia.

Somaliland, like Taiwan, fulfills the requirements for statehood as laid out in the 1933 Montevideo Convention on the Rights and Duties of States. In the case of Somaliland, it was a British protectorate that was, albeit briefly, an independent country before it chose to enter into a union with Somalia, a former Italian colony.

Somaliland declared its independence from Somalia in 1991 after fighting a brutal war against Somalia’s longtime dictator Siad Barre. Barre’s government engaged in genocide against Somalilanders, famously ordering his pilots to take off from Hargeisa’s airport, Somaliland’s capital and largest city, and bomb the city.

When Somaliland declared its independence, Hargeisa was in ruins. Somalilanders have spent the last 30 years rebuilding their cities and, most importantly, establishing a functioning democracy. Even more than Taiwan, which has enjoyed US support, Somalilanders have rebuilt their country with little outside assistance.

Unlike Somalia, which has received billions of dollars in aid over the last two decades, Somaliland largely relies on its own resources. This has fostered independence and resilience that influence the way Somaliland does everything from conducting foreign policy to successfully combatting terrorism.

Defying China is the latest example of this independence. Somaliland occupies a strategic position along the Gulf of Aden. Somaliland’s port-city of Berbera has long been a global entrepôt. China’s interest in the port dates to the ninth century, when it was described by a Tang Dynasty poet, a connection that Chinese businessmen visiting Somaliland often point out.

The growth of China’s influence in Africa, and especially in the Horn of Africa, has been nothing short of stunning. Over the past two decades, China has gone from being a minor player in the politics and economies of African countries to the dominant power in many of these nations. China’s influence is pervasive and persistent. Compared with U.S. foreign policy, China’s foreign policy is pragmatic and cost-effective. It uses a combination of cheap loans, aid, and, increasingly, military assistance, to secure its influence.

Somaliland’s strategic location, stability, and potential oil and mineral wealth, all make the country attractive to the Chinese government and its state-backed companies. In the neighboring countries of Djibouti, where China established its first overseas military base, and Ethiopia, China has made itself the preeminent outside power. Somaliland, which desperately needs more foreign investment, should have been an easy target for China. It wasn’t.

“We turn down offers from the Chinese every other month,” a senior official with Somaliland’s port authority told me on a recent visit to the country. “We have no problem doing business with the Chinese, but we aren’t going to give up any of our sovereignty,” the official said. Instead of giving into offers from China, Somaliland has defied the country by pursuing a relationship with Taiwan. Sovereignty and independence, even if most of the world does not recognize them, are paramount for most Somalilanders.

Somalia is subject to the influence of numerous outside powers, namely Turkey, Qatar, and the U.S. In contrast, the government of Somaliland is determined to chart its own course. The government recently prevented the United Arab Emirates (UAE) from building a military base near the Port of Berbera, which is operated by UAE-based Dubai Ports World. Somaliland’s president, Musa Bihi Abdi, deftly renegotiated an agreement with the UAE that initially would have allowed the UAE to build a military base near Berbera. Instead, the new agreement will see the UAE invest in a civilian airport.

“Neutrality is important to us,” President Bihi explained to me in an interview last fall. “We want good relations with all countries, but we won’t be anyone’s pawn. We have learned as a nation and people that we can only depend on ourselves. This is what is largely responsible for Somaliland’s stability.”

President Bihi, an avid reader of history, referenced the U.S.’s own founding and George Washington’s and Thomas Jefferson’s calls for their new nation to avoid foreign entanglements while engaging in trade and commerce with all. “Somaliland has a long way to go with respect to development,” Bihi said, “but we must not allow the country to be drawn into the conflicts that plague this part of the world.”

Somaliland may well pay a price for defying China and establishing relations with Taiwan, but the country’s determination to forge ahead on a path of its own choosing will undoubtedly continue to serve it well. The same determination and a similar approach to avoiding foreign entanglements served the U.S. well for much of its early history. However, rather than recognizing what Somalilanders have achieved with respect to governance and counter-terrorism, the U.S. continues to thwart attempts by Somaliland to gain international recognition.

Instead of supporting a country that has achieved a high-degree of stability in a troubled region, the U.S. continues to spend hundreds of millions of dollars supporting the government of Somalia. Somalia is consistently ranked as the most corrupt nation in the world. There, al-Shabaab is resurgent despite the expenditure of hundreds of millions of dollars on counter-terrorism efforts. In contrast to Mogadishu, where most foreigners require security details if they leave the city’s “green zone,” Somaliland’s major cities are largely free of even petty crime.

The U.S. would do well to learn from Somaliland’s successful efforts at combatting terrorism. It would also do well to relearn the importance of charting an independent course that avoids foreign entanglements.

Michael Horton is a foreign policy analyst who has written for numerous publications, including The National Interest, West Point CTC Sentinel, The Economist, and the Christian Science Monitor.