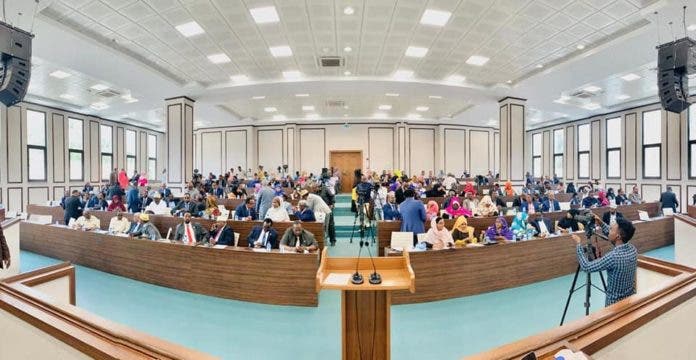 With Dhuusamareeb 4 meeting on the verge of failure, Somalia President, Mohamed Abdullahi Mohamed ‘Farmajo’ has, according to reliable sources, put Villa Somalia’s Plan B in motion.

President Farmajo, it is reported, has devised this Plan with the Somaliland Federal Parliament’s Lower House, Mohamed Mursal.

The Plan is a design to convene the parliament in an extra-ordinary session during the very last days of the President’s and Parliament’s term.

With only three days remaining of President Farmajo’s elected term, Speaker Mursal who hurriedly returned from private visit Turkey, called for a house meeting on Saturday in which the President is also expected to attend.

Presently, the President is still in Dhuusamareeb where International Partners asked him to stay until he hammers out a concession on all outstanding issues hindering a smooth election process to proceed.

The most niggling obstacle to a credible agreement between the federal leaders, on one side, and the regional presidents of the five federal member states, on the other, is the Gedo issue. Farmajo insists that the federal, central government will conduct elections and supervise all preparations relating to it. Ahmed Madobe, Jubaland Federal State president, under which Gedo falls, questions why all other states have two poll districts and he is denied the right.

Without Farmajo conceding that Jubaland runs the elections in Garbaharrey (Gedo), Dhuusamareb 4 will fall on its face.

And without a consensus reached, elections/selections are unlikely to be conducted anywhere, at any mode in Somalia on time specified.

The international Partners have – time and again – urged the leaders convening in Dhuusamareeb 4 that nothing short of a full agreement was acceptable.

“We underscore that any alternative outcomes, including a parallel process or partial elections, or other measures short of an agreed electoral process, would be a setback that would not obtain the support of partners. We, therefore, call upon all political leaders to prioritise finding a way forward without further delay,” a statement they released Wednesday said.

What the reaction of the Partners will actually if Dhuusamareb 4 fails and Farmajo succeeds in an extension of terms remains to be seen. 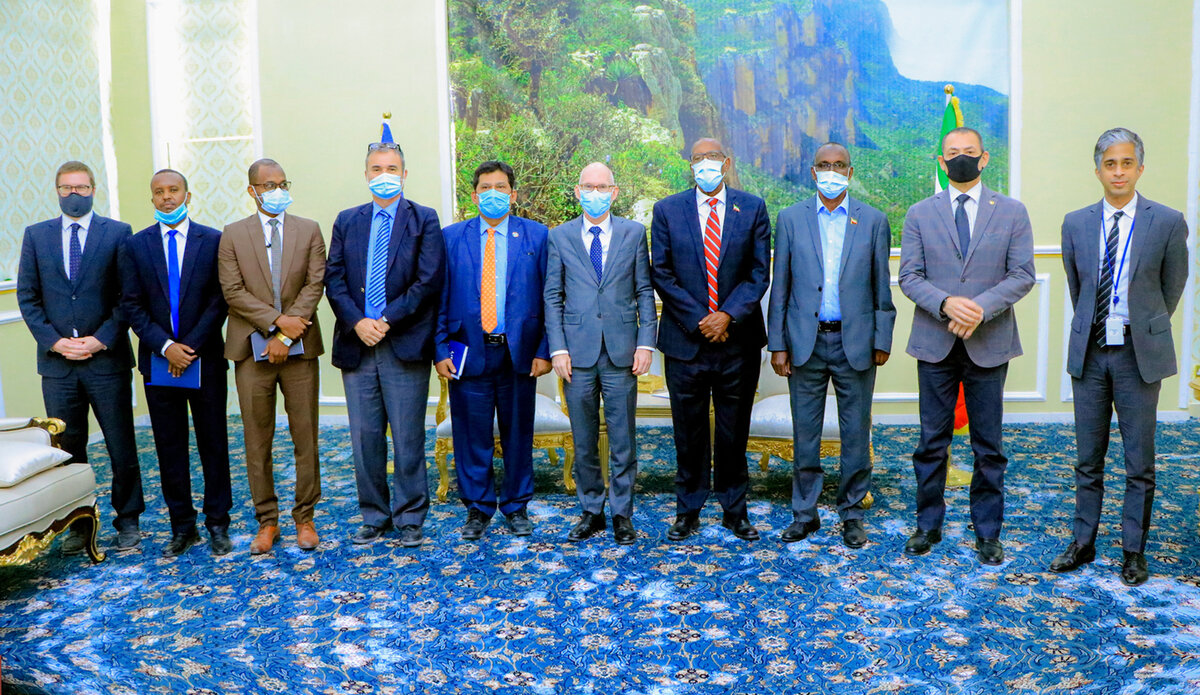 In contrast, members of UN family delegation visiting the Republic of Somaliland during the week and comprising of WFP, UNHCR and UN Women Partners and led by the SRSG James Swan, saw for themselves firsthand how committed all stakeholders were to conduct both municipal and parliamentary election on May 31 as scheduled.

The delegation urged an ‘inclusive and transparent process’ in slated elections.

Apparently, the delegation found no fault with the process as is.