SomTribune
Home Sports Chelsea Back in the Premier League Top-4 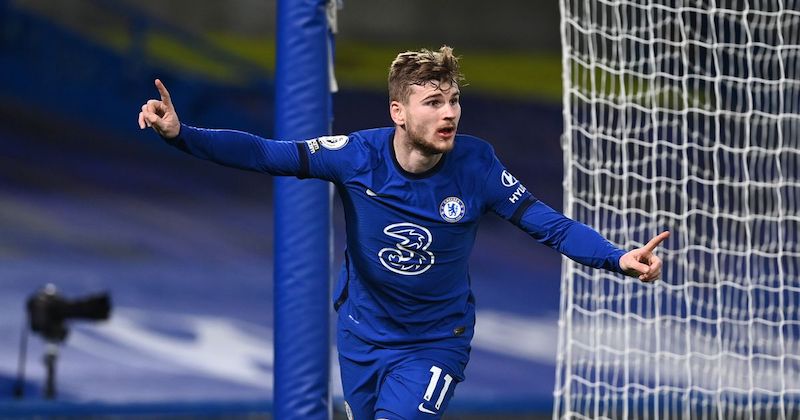 The fight for top four and to beat relegation again takes centre stage over the fight for Premier League glory.

Liverpool last season ran away from every competitor from start to finish. This season, Manchester City endured a slow start but eventually displayed their dominance and are currently in a similar position to that of what the Reds were last season.

Now, with City running away and opening the point-gap wider and wider, the rest of the table fight it out for European spots and relegation survival. The weekend’s result saw a lot of movement all over the table… Again!

Manchester City are now seven points clear of their neighbours United. Leicester now also level on points with Manchester United, who only stays above them thanks to a goal difference of +3.

The Foxes and Red Devils enjoy a four-point cushion between them and Chelsea after their win over Liverpool and United’s poor draw against WBA. The Blues from London also capitalised on the Reds failure to pick up points.

Tuchel’s men have jumped back into the top four, equal on points with West Ham United, who sits below them in fifth after their flawless display. Klopp’s men now in sixth place and are 40 points.

Movement at the bottom of the table

The last three stays as is with West Brom collecting a point and Fulham taking all three in their shocking win over the Toffees.

Newcastle’s loss brings Steve Bruce into question – how safe is his post at St. James’ Park? They are in a relegation squabble with Fulham and maybe, just maybe, the Baggies as well.

There is a long way to go but time is running out with 14 matchdays left before this English episode concludes – not looking well typically for Sheffield United, who are now 14 points off from safety and who are still dead last.

It really has been one of the better watches we’ve come to know in recent campaigns. However, it must be said, VAR has ruined a lot of the game we love.

Although they’ve lost 10 games this season, many of Leeds United’s outings have been the most entertaining of the entire matchday – no matter who they play against.

This time they fell victim to a Pierre-Emerick Aubameyang masterclass, who could have easily had four/five goals on the night. A hat-trick by the Gunners’ captain took his goal tally to 201 goals scored across three of Europe’s top leagues.

It was his first EPL hat-trick also. A late comeback by the visitors was attempted but a couple of changes to see out their lead was made by Mikel Arteta. They were good enough to take all the points.

Arteta’s mid-table win over Marcelo Bielsa moves his team up above them into 10th, where they’ve now come back and are only six points adrift from Liverpool (6th place) and eight behind Chelsea (4th place).

Nine goals scored between the three with all keeping a clean sheet. Honourable mentions are Fulham and Leicester City, who both overcame their Merseyside counterparts in their respective fixtures.

Premier League Team of the Week for Matchday 24