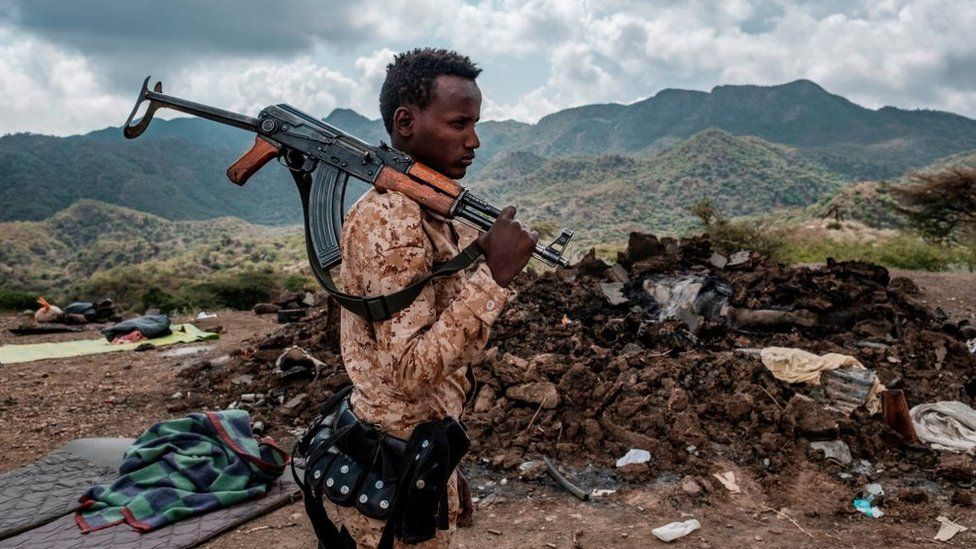 Relations between Addis Ababa and Ethiopia’s states will shape the course of the year ahead. The country has previous experience in the dangers that an overly centralised government can pose, but its current constitution – with states based on ethnic identity, and ethnic self-determination as a right – has problems of its own.

The 2018 election of Abiy Ahmed as leader of the ruling coalition, and thus as prime minister, changed the country’s ethnic calculus. Abiy is an Oromo, from the country’s largest ethnic group, and his rise signalled the sidelining of the Tigray People’s Liberation Front (TPLF), which had long dominated the government and armed forces under Meles Zenawi.

READ MORE Abiy Ahmed: Toward a Peaceful Order in the Horn of Africa

Abiy set up the Prosperity Party to replace the ruling Ethiopian People’s Democratic Revolutionary Front. With attacks on civilians and calls for the break-up of the Southern Nations, Nationalities, and Peoples’ Region, Ethiopia’s ethnic federalism began to crack. Tensions led to war between Tigray and the federal government.

The federal forces took the Tigray capital of Mekelle in late November, but the fighting does not look to be over. “Part of the problem is the overwhelming uncritical, almost unconditional, international support for Abiy ever since he took office, which emboldened him,” says William Davison, senior analyst for Ethiopia at the International Crisis Group.

There seem to be three scenarios, for the short term at least. In the first, an Abiy victory in Mekelle is relatively uncomplicated, the TPLF rump is quickly wrapped up, Abiy’s legitimacy is assured nationally and regime stability returns. It sends a powerful message to the region – don’t mess with Ethiopia – that will be heard in Nairobi, Khartoum, Cairo and Mogadishu.

In the second, the TPLF starts a small guerrilla war. It continues for several months and keeps Ethiopia on its war footing, caught between war and peace, similar to Côte d’Ivoire’s lost decade.

Everything is on hold, from economic to political reform, while the military dominates, creating a slow decline in institutions. The intensity of the fightback will depend on the wider politics of Tigray, like how, for example, the 98.2% of voters who backed the TPLF in September’s elections now see the party.

The last and most difficult scenario would see the TPLF launch a well-organised guerrilla war that gains increasing popular support because of the brutal behaviour of government forces.

The International Crisis Group’s Davison broadly sees the second scenario as most likely, perhaps edging toward the third. “But without the implication that continued problems in Tigray would lead to Prosperity Party regional governments rebelling.

Instead, the system might get further destabilised if other opposition ethno-nationalist forces, particularly in Oromia, regain their vitality as they sense weakness.”