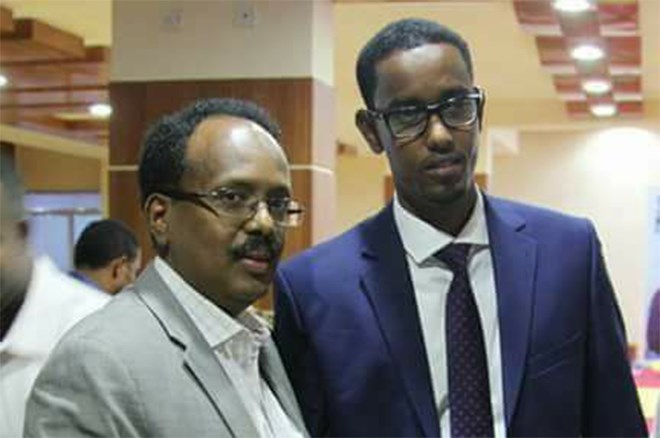 Today marks exactly one year since my friend, Abass, Somalia’s then youngest minister was fatally killed in Mogadishu, it was one of the most excruciating news I ever heard. It was more painful when I learned the murderer was a government soldier, the very people who ought to have protected him.

To the government, he was just a cabinet minister like any other but to the Somali youth, a beacon of hope and to the refugees trapped in Dadaab, the world’s largest refugee camp where he grew up, Abass was an ambassador and a proof that they too could make it to the top.

However, his life was cut short and their dreams shattered on the third of May last year when bodyguards of the former Attorney General opened fire on his car.

The world was shocked, everyone cried, the call for justice amplified and we were eagerly waiting for the rule of law to prevail. In less than two months, the soldier whose shots killed Abass was arrested, convicted in a military court and sentenced to death.

But to our bewilderment and disbelieve, president Farmaajo blocked the death penalty by refusing to sign off the execution order.

No one expected the president would ever stand in the way of justice and would halt the whole process. To me, I see it as an absolute betrayal as I know how Abass revered Farmaajo during his campaign in the run up to the election that put him in the throne.

Abass was more than just a friend, he was like a brother to me, we grew up together in the camps and he was the reason I returned to Somalia for the first time in 15 years after fleeing the war at a young age.

I am CRYING!! They killed my dearest friend? Cant believe!, @absiraj , MY HOPE, the Hope of #SomaliYouth, #Dadaab youth in particular. RIP pic.twitter.com/g081y2IMeZ

I called him when he was first elected to the National Assembly and he told me how optimistic he was about the future of Somalia and how he was willing to vote for Farmaajo, whom he believed would cherish that optimism. Little did he know that the same man he fought for would today decline to honour his demise and humiliate his family.

I have just talked to the family of Abass, his mother is still in disbelief that her son was deprived in the most despicable way, killed by the people he trusted and that president Farmaajo is unwilling to heal her pain.

She watches Abass’ speeches on on YouTube to feel closer to him and every time she sees Farmaajo on the news she asks why he failed her. Since her son’s tragic death, she became so weak and lives with pain every day as she keeps on waiting for the president to act.

I wonder whether Farmaajo is aware of the pain and agony the family is still going through by the day and whether he knows he is keeping the pain by holding the case of their son so long?

Despite enduring such trauma, Abass’s parents are determined to continue the legacy of their son by allowing his younger brother, Mohamud Siraji to join the parliament and fulfil the dreams of the late minister.

The death of Abass was a national disaster because he was representing young Somalis like me who looked up to him, he was the hope of the Somali youth who make up 75 percent of the country’s 12 million population.

The president was on an official visit to Ethiopia on that fateful day, he had to cut his trip short and returned to the country to “mourn and take part in the state burial of minister Abass.”

Pres Farmaajo, "I am deeply saddened by the death of minister Abass. He was young, diligent and patriotic"

“I have ordered the security heads to immediately get to the bottom of this unfortunate tragedy and make sure the perpetrators are brought to book,” he tweeted.

This was reassuring, as he promised the investigation was prompt, the military cleared their name, the man was brought to book and convicted of intentionally killing the minister.

Twelve months have gone now and the ruling is still on the president’s desk. But why would he be so hesitant to sign the execution order?

The man convicted of the murder is said to be from one of the most powerful clans in Mogadishu, they threatened the president to be mindful of his decision on the matter and asked him to reverse the ruling or risk losing his seat.

This is not a rumour but rather a fact, members of the man’s tribe openly protested in the capital, warning of severe consequences should their ‘son’ be executed.  And when members of the parliament and ministers in favour of Abass asked the president why he delayed the process, he told them to give him time, as he was in talks with the families of the people involved.

The family of Abass told me that this clan tried several times to convince them to forgive the convicted killer and take compensation. However,  they strongly objected the offer and insisted the court ruling to be upheld.

Farmaajo’s campaign promise was to stand with the weak and change the cause of the country by moving from clan system to the rule of law. But today there are questions to be asked about Farmajo’s morality and whether he is taking the country back to the dark days.

This particular high profile case is a litmus test for the president’s principal and leadership quality.

Dear Mr president, the Somali youth are watching your actions and remember we are writing your history.

Moulid Hujale, Somali Journalist mainly covering humanitarian news and the Horn of Africa.
You can reach him on twitter – > @MoulidHujale