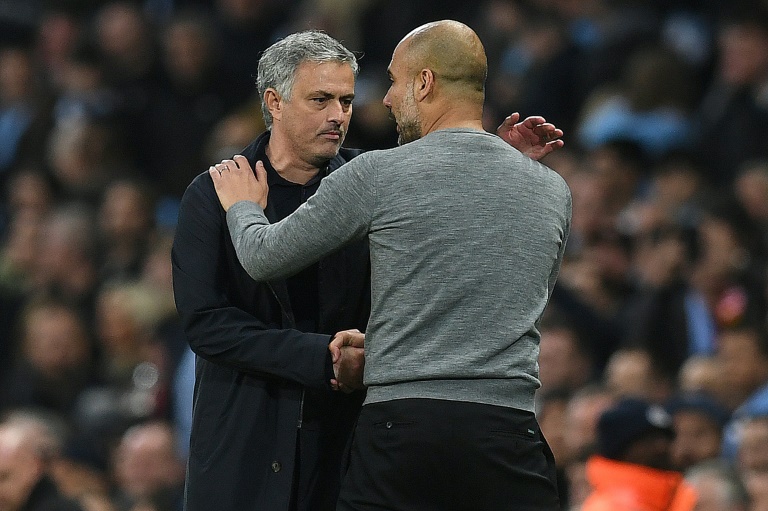 Mourinho is under pressure following consecutive Premier League defeats to Brighton and Tottenham, with speculation mounting about his future at the club.

The United manager demanded respect from journalists following the 3-0 loss to Tottenham, pointing to his success with Chelsea, Inter Milan and Real Madrid.

Guardiola was involved in a series of spats with Mourinho when he was in charge of Barcelona.

But, asked about Mourinho’s problems, Manchester City boss Guardiola said: “The history, the way Jose did in all the places he was – it’s hat’s off. There is no doubts about his quality.

“You need players, good clubs that sustain you and support you, patience.

“Our position is results. Every manager what he believes, what he likes, tries to get results in his own style and the way he trains. We are judged on the results we get.

“Only the players know exactly how you are as a manager because they know you and see you every day. They have more information than the rest of the world – the fans, the media, everybody.

“Only the players know exactly who we are and normally even then we are judged – if they play, the manager is good, if they don’t play the manager is not good.”

The Algeria winger joined City from Leicester for a club record £60 million ($77 million) and has settled well, according to his manager.

“He is one of the most technical players I’ve ever seen, the skills and everything,” Guardiola said.

“But he settled good. He has respect in the locker room and that is the most important thing.”

Speaking ahead of City’s weekend Premier League clash with Newcastle, Guardiola appeared relaxed about the challenge of winning back-to-back titles.

Asked if this season will pose of tougher challenge for the champions, he said: “It will be quite similar, I would say.