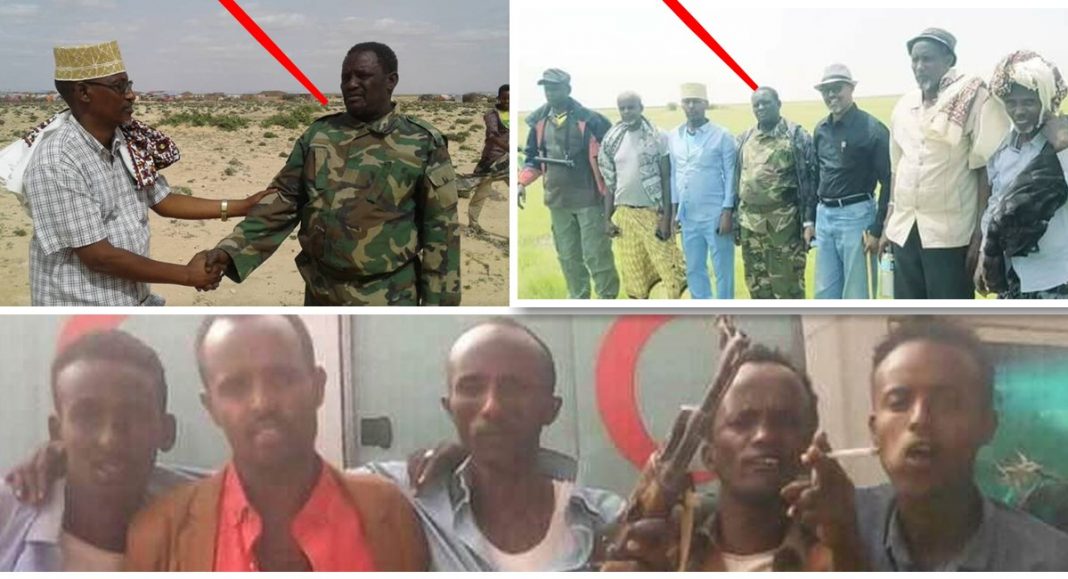 Following the hijack of only ambulance belonging to Heiss district on the Red Sea coast some 110 kilometres east of Erigavo, the regional capital of Sanaag, Somaliland, a mother dies of haemorrhage giving birth.

The family could not find alternative transportation that could safely take her to the nearest decent ambulatory in Erigavo.

Barely a week after the nationally mediated, historic peace resolution was signed by two warring clans in El Afwein on end of July 2018, to end a three-year-long costly conflict which locked them horns, a ragtag militia led by an ex-crowbar burglar-turned-officer, lieutenant colonel Saeed Arre, established a makeshift military base near Qardho, Puntland. Arre was the army operational officer dispatched to the area to separate fighting clans before he decided to actively fight alongside fighters of his clan thus becoming a tribal combatant, himself.

Earlier reports revealed that Puntland delivered him arms as early as May.

Immediately afterwards, his followers hijacked the only ambulance expecting mothers depended on in a vast, desolate area right down to Guban and coastal areas administratively connected to the ancient harbour town.

And, yet, the man insisted that he was fighting for justice – justice which only served his immediate clan.

The fact that he hoisted the Somalia flag publicly when he went over to Somaliland’s arch-enemy, Somalia’s Puntland, which indicated that his was an agenda far beyond what was being bandied as justification for the man’s mercenary activities, turned public wrath against him.

The federal state of Puntland, Somalia, is culpable in the death of mother Amina and her child by hosting the unscrupulous, mostly inebriate ex-burglar, observers say. Arre can, they said, turn against his hosts at any time and cannot fulfil the objective behind the grant of a ‘military base’ to attack Somaliland lines from largely because of his mercurial, undependable nature.