One song keeps playing on my mind as I walk through the streets of Hargeysa, the capital city of Somaliland: Viens voir, toi qui parles sans savoir (Come and see, you who talk what you don’t know) – Tiken Jah Fakoly

My visit to Somaliland has reaffirmed my beliefs that media holds us hostage; like the saying goes: ‘If you don’t read media you are uninformed, if you do, you are misinformed’. Indeed Hargeisa may just be the safest city in the whole of East Africa; but that, we are not told. We are not told that it is a clean, safe and vibrant city, where even though everyone is Muslim, you can see women, young and old alike, working on the streets at night, enjoying the fresh air; undisturbed. On the sidewalk there are teashops, khat-chewing saloons and small businesses selling camel milk, biscuits and cigarettes; We are not told that Somaliland is not Somalia!

And for those who like that sort of things, you can also see shopping malls, banks, cable companies and hotels…

They did it themselves! First they sat down under a tree and agreed on their own peace. And second, they are building their cities, their country in their image; that of a hardworking people, hungry, ambitious and overachieving. Walking into my host’s house, I was careful not to touch anything, with the firm conviction that the house, and its meticulous, sophisticated inside decorations, were all protected under UNESCO’s world heritage.

– Hey Gatete, come check out chairs made in Somalia! My colleague and host said as he led me into a Somali renaissance lounge. A holy-looking saloon, where a cup of tea would become a spiritual ritual; a mediation…

Not coming here would have been a loss for me. I would have missed out on one of the most remarkable turnarounds of a society in the last generation; It has been a truly refreshing experience for a Rwandan that I am, for it mirrors our own experience back home; one of a people that has managed to overcome their horrors and move forward against all odds. It made me think whether Somalilanders may just be accomplishing what we, Rwandans aspire for: self-sufficiency, economic and mental freedom!

Their non-recognition as a state by the African Union, is a testimony of retrogressive ideological prejudice, and a travesty to our Union’s motto of ‘people’s self-determination’. What they have accomplished here is so humbling; they have managed to build a viable, vibrant and stable city from scratch, with no one’s support.

Two peoples should definitely visit this place: the Zimbabweans and the Scottish. If the spectacular and massively covered collapse of the Zimbabwean economy was meant to warn us that no one can survive without the support of the Queen; the silent rise of Somaliland is meant to dispute that assertion; Eric Salmond has himself to blame; Had Scottish people visited this place before their vote; I am convinced that it would have gone in a different direction; as the powerful feeling of freedom here is contagious.

Roads are built by the contributions from the people and remittances from the diaspora. Their economy is organic, in the sense that it grows at the pace of human development; it is real, entrenched, equal and middle class-led; it is sustainable.

I was not surprised not to see beggars on the streets, nor homelessness. I knew Somalis to have a particular repulsion for begging; these people would really hate the arrogance that comes with foreign aid. The neo-colonial attitude of ‘expats’ wouldn’t coexist with the pride of Somalilanders.

Yet, they remain humble and say they would like to be recognized by the international community; I hope it comes soon. In the mean time, they should be proud, for they have attained the greatest recognition of all; their own.

They know who they are, have a clear grasp of the task ahead for their society to advance, and together; are working towards realizing the Somalilander’s dream; of the horn’s best-kept secret. It is the international community’s loss… 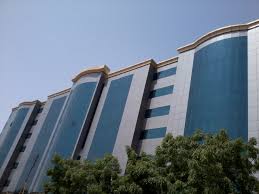 This trip made me question many things; Before I came here, I thought of clans’ discourse as an evil dividing factor; here I learned them to be nothing else but the Somali version of Africa’s highest value of ‘ubuntu’. While, like everywhere else, they have their fare share of intrigues, clans for example, provide joint collateral to young, innovative businesses, enabling them to access bank loans, without which they otherwise wouldn’t have seen the day; clans enable the poor and vulnerable to be taken care of by their kin; clans in fact are social cohesion device.

I have rediscovered the lost Africa here; I have rediscovered humanity, in the most inconspicuous of places – thanks to international media. But I saw what is not very attractive to the big news agencies: Normalcy! Yes, I would describe Somaliland as ‘Normal’ country. Which, taken from its particularly hostile geopolitical context, becomes no less than an extraordinary success story.

Thank you people of Somaliland; for you have shown a Blackman like me that it is possible. On a second thought, your recognition is already achieved, for you recognize who you are; here, you have a big lesson to teach Africa.

To the negative media that goes around telling lies about you: no one is better placed to answer them, than Tiken Jah himself; with another song: ‘Tous ca c’est Ohba ohba‘ (all that is bla bla) – on that, we understand each other…

On a second thought, not being recognized by the international community may actually be godsend; like Cuba for South Americans, let this be our sanctuary; where we, Africans come to re-immerse ourselves in what freedom used to feel like.

Go on warya, work, fight, thrive, stumble, fall and rise again. When the sun sets on the red sea, you can look back and say; yes!  We did it on our own, with only Allah as our support. Whatever hardship comes ahead, we will overcome; Insha’Allah…