Home Somaliland The Recognition from Cardiff to Somaliland 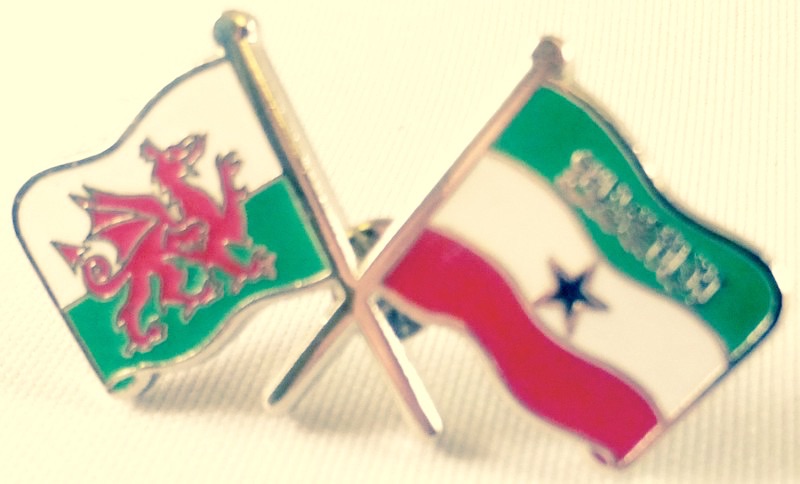 Cardiff is the capital and the largest city of a country called Wales. The countries of England, Scotland, Northern Ireland and Wales are four merged countries within the umbrella of a sovereign independent state. These nation states are all part of the United Kingdom of Great Britain and Northern Ireland. Wales as a country within the United Kingdom might not be an independent nation to recognise Somaliland, but the pressure is much weightier when to compare the Sheffield County, which recognised Somaliland in 2014. Cardiff is a full member of the Eurocities network of the largest European cities, the network consists of almost 140 cities and capitals of 34 European countries. The Headquarter is in Brussels and the nature of the network has the political platform to act as the channel of communicating within the European Union.

The Government of Wales known as Welsh Government is the Executive Branch of the devolved Government of Wales. It is accountable to the National Assembly for Wales, which is the Legislative Organ of Wales, and it represents the people of Wales. As a result, Cardiff has more political influence than Sheffield in the international arena, although Sheffield has got more MPs than Cardiff when it comes to lobbying in the House of Commons. Unfortunately, the recognition is neither coming from the Government of Wales nor the National Assembly, it is the Cardiff Council, in that case, isn’t it important to find out whether Senior Ministers to come to Cardiff or otherwise? Therefore, this article will uncover the surrounding unrevealed political question of the Cardiff influence as a capital of dependent country, which wants to recognise Somaliland that, according to UK Government, does not exist.

Nearly ten thousand Somalis reside the country of Wales, where around eight thousand lives in the capital of Cardiff alone. According to Martin Shipton, who is the Media Wales Chief Reporter, approximately, 99% of the Somali population who live in Cardiff and around the country of Wales are from Somaliland. Martin specialised the controversial and investigative stories, he also involved in covering the National Assembly since its outset, and he predicted that Wales will recognise Somaliland in 2006. This is not the only main reason that Cardiff has its compression to recognise the Independent Seeking country of Somaliland. The Cardiff Community of Somaliland is one of the best, if not number one.

The community tried to persuade politicians of the government in the act of attempting to influence their political directions, such as the Prime Minister David Cameron and Mark Simmonds, who was an appointed Parliamentary under Secretary of State at the Foreign and Common Wealth Office in 2012. He was the Minister of Africa, although he resigned in 2014. This can be justified that the number of the Somaliland population in Wales and Cardiff in particular plus the lobby of the Somaliland Community compelled the Council of Cardiff to pledge its desires and admiration to recognise Somaliland as an Independent Sovereign State.

The views and the sights of the International Community, Somaliland is a territory within Somalia. Although, it remained unrecognised by any other state for almost two and half decades, the nation never gave up the struggle to become a member of the International Community. The commitment of hard-work of the collective Somaliland elites and politicians who practice peaceful, democratic missions, economic development and the social cohesion as well as the best hope of the people of Somaliland initiated the tirelessness of the recognition mission. In one hand, Somaliland boasts more than twenty years a solid peace and security as well as untapped minerals and oil reserves of its own.

The International Investment Summit hosted by the UK Foreign Office and the independent movements of Sheffield and Cardiff will boost the willingness of the foreign investment to Somaliland. On the other hand, although it has been suspended, the series of talks aimed at the future political relations between the Government of Somaliland and the Government of Somalia expedited for the world to understand the political nature of the two countries. In that case, the recognition of Cardiff and other cities of the UK will contribute the determination of the Somaliland people and the willingness of the Independence.

The Council of Sheffield recognised Somaliland a year ago, people are enquiring or analytical examining about the benefits of that recognition. Sheffield as a city County has six Members of Parliament who represent the 551,800 of its citizens. Whilst, Cardiff has four Members of Parliament who represent the citizens of 350,000 in the city alone. Together with the two different MPs in each County, the number of MPs combined are 11 MPs, In that matter, Somaliland cannot benefit when it comes to the issue of lobbying in the House of Commons. Meanwhile, Somaliland used to have 41 MPs, who were hard-core lobbyists at the time of President Rayale and UDUB governed regime. To upshot the case of Somaliland in terms of MPs, it is not clear how this government can utilise the scenario of the agenda setting definition of power.

In conclusion. Somaliland desperately requests international recognition, as it is very difficult to move economically forward without recognition.   Somaliland has no conventional or other religious banks like the Islamic Bank, and this is where companies are reluctant to invest because of the country’s status, in other words, they are unable to acquire insurance for their firms to invest. However, to encouragement of Somaliland recognition is very important for quite somehow, but the unnecessary portion is that a Senior Ministerial Level are spending the taxpayers money to fly from Hargeisa to Cardiff to participate an event, in order to inspire the Somaliland community. Whilst, losing 41 UK MPs, the sympathy of Ethiopia, South Africa, Ghana and South Sudan.

In other words, there are two senior foreign officials here in the UK (The Somaliland Ambassador to the UK and the Ambassador at Large), who can represent the Somaliland Government. We all understand that the lack of recognition is negatively effecting the people of Somaliland in their daily lives, but this government should change its strategy when seeking recognition from the outside world. Proactive and realistic foreign policy should be put in place as well as the liberal foreign policy of finding a powerful influential country within the continent. Somaliland needs to get the hearts and the minds of the neighbouring countries, Ethiopia and Kenya are now the key players of East Africa.