Nigeria’s armed forces killed scores of Boko Haram militants and rescued 20 women and children as part of an operation in the Sambisa forest, the group’s remaining hideout in the northeast of Africa’s most populous nation, the military said on Saturday. 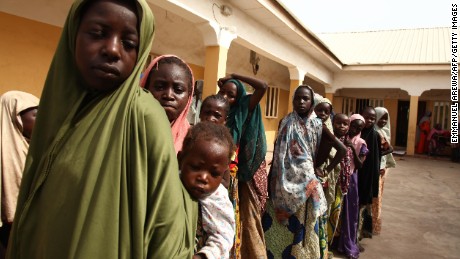 In a statement, military spokesman Major General Chris Olukolade said one soldier was killed in a landmine explosion during Friday’s operation and around 10 others were injured.

Thousands have been killed in the Islamist group’s six-year insurgency that at its height saw the insurgents control an area the size of Belgium in Africa’s biggest oil producer.

But the group, whose name means “Western education is sinful” in the Hausa language, has been pushed from most of the territory it controlled in the past few months by Nigeria’s army with assistance, at times, from soldiers provided by neighbouring Chad, Niger and Cameroon.

“Troops have forged ahead with the ongoing offensive operations as scores of the terrorists died in the assault on their bases,” said Olukolade.

“A total of 20 women and children were rescued,” added the military spokesman, who said the operation was ongoing.

The Sambisa forest covers a vast area in a remote part of northeast Nigeria, making it difficult to verify the claims.

The military did not say if those rescued included any of the 200 schoolgirls Boko Haram abducted from the town of Chibok last year, an attack that sparked an international outcry.

Diplomats and intelligence officials said they believed at least some of the girls were being held in the forest about 100 km (60 miles) from Chibok, although U.S. reconnaissance drones failed to find them.

The Nigerian army has freed more than 700 women held by Boko Haram in recent weeks but the Chibok girls have not been among them.

Boko Haram, which sometimes puts out statements and videos via the Internet, has not commented on the military’s claims.

Nigerians hope president-elect Muhammadu Buhari, a former army general who will be inaugurated on Friday, will stamp out the rebellion which his predecessor, Goodluck Jonathan, struggled to confront.