Calling on Israel to “break with its lamentable track record” and hold wrongdoers responsible, the hard-hitting report commissioned by the UN human rights council laid most of the blame for Israel’s suspected violations at the feet of the country’s political and military leadership. The commission said leaders should have been aware as the war progressed that their failure to change course was leading to huge civilian casualties.

“Those responsible for suspected violations of international law at all levels of the political and military establishments must be brought to justice,” it says.

Israel, which refused to co-operate, said on Monday the report failed to recognise the “profound difference” between “Israel’s moral behaviour” and the “terror organisations” it confronted.

Israel launched its offensive last July in response to heavy rocket fire from Hamas and other militant groups. More than 2,200 Palestinians, including hundreds of civilians, were killed during the fighting, according to UN and Palestinian officials, while 73 people died on the Israeli side. 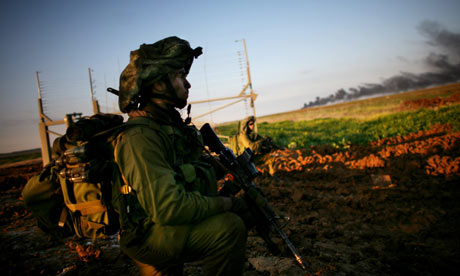 Hamas and other Palestinian factions are accused of using indiscriminate rocket and mortar fire and of the murder of alleged Palestinian collaborators.

“The use of rockets in the possession of Palestinian armed groups, indiscriminate in nature, and any targeted mortar attack against civilians constitute violations of international humanitarian law, in particular of the fundamental principle of distinction, which may amount to a war crime,” the report’s authors say.

For its part, Israel faces charges that it potentially breached international law in multiple areas of the conduct of its war, including the targeting of residential homes with precision, the excessive use of artillery in civilian areas, and the loosening of troops’ rules of engagement such as the use of the Hannibal Protocol in Rafah.

The report called on Israel to provide further details of its “targeting decisions”, saying that this would allow for further independent assessment of its conduct in Gaza.

The report also questions Israel’s claims to have gone above and beyond the requirements of international law in warning civilians of impending attacks, noting that warnings were either ineffective at the time or that civilians had nowhere to flee to.

“The commission recognises that the general warnings issued by the Israel Defence Forces saved lives. At the same time, these warnings were often used in a context where people fleeing were unable to identify a safe place to go owing to the unpredictability of many attacks over a lengthy period of time.”

In particular, it points out that at times 44% of the coastal strip was either under an evacuation order or attack, leaving many with no safe place to go.

On the issue of the targeting of residential homes with precision weapons, the report examined 15 specific cases in which 216 people were killed, including 115 children and 50 women. The report’s authors could find no reason to explain why in six cases houses has been attacked.

It noted: “Many of the incidents took place in the evening or at dawn, when families gathered for iftar and suhhur, the Ramadan meals, or at night, when people were asleep. The timing of the attacks increased the likelihood that many people, often entire families, would be at home. Attacking residential buildings rendered women particularly vulnerable to death and injury.

“In six of the cases examined by the commission, and in most cases reported on by non-governmental organisations, there is little or no information available to explain why residential buildings, which are prima facie civilian objects immune from attack, were considered to be legitimate military objectives.”

The report concludes: “In many incidents, however, the weapons used, the timing of attacks, and the fact that the targets were located in densely populated areas indicate that the Israel Defence Forces may not have done everything feasible to avoid or limit civilian casualties.

“Israel should provide specific information on the effective contribution of a given house or inhabitant to military action and the clear advantage to be gained by the attack. Should a strike directly and intentionally target a house in the absence of a specific military objective, this would amount to a violation of the principle of distinction. It may also constitute a direct attack against civilian objects or civilians, a war crime under international criminal law.”

On the question of Israeli ground operations, the report also voices serious misgivings after investigating massive use of artillery fire against Shuja’iya, Khuzaa and Rafah.

It remarks: “During the ground operations, the Israel Defence Forces used explosive weapons extensively in densely populated areas of Gaza.” It adds that such use was “highly likely to constitute a violation of the prohibition of indiscriminate attacks. Such use may, depending on the circumstances, qualify as a direct attack against civilians, and may therefore amount to a war crime.

“In addition, the fact that the Israel Defence Forces did not modify the manner in which they conducted their operations after initial episodes of shelling resulted in a large number of civilian deaths indicates that their policies governing the use of artillery in densely populated areas may not be in conformity with international humanitarian law.

The report also examines the use of massive firepower in instances when Israeli troops were under threat, arguing that the balance between force protection and the requirement to protect civilians was seriously compromised.

“The commission believes that the military culture created by such policy priorities may have been a factor contributing to the decision to unleash massive firepower in Rafah and Shuja’iya, in utter disregard of its devastating impact on the civilian population. Moreover, applying this protocol in the context of a densely populated environment through the use of heavy weaponry predictably leads to violations of the principles of distinction and proportionality.”

Mary McGowan Davis, chair of the UN commission that produced the report, said: “The extent of the devastation and human suffering in Gaza was unprecedented and will impact generations to come. There is also ongoing fear in Israel among communities who come under regular threat.”

Responding to the report, a spokesman for Israel’s foreign ministry said: “It is well known that the entire process that led to the production of this report was politically motivated and morally flawed from the outset. Just as Israel seriously considered every complaint, no matter its origin.”

“It is regrettable that the report fails to recognise the profound difference between Israel’s moral behaviour during Operation Protective Edge and the terror organisations it confronted,” he said.

Prior to the report’s publication Israel had gone on a media offensive, producing its own report that found no fault with its conduct in Gaza.