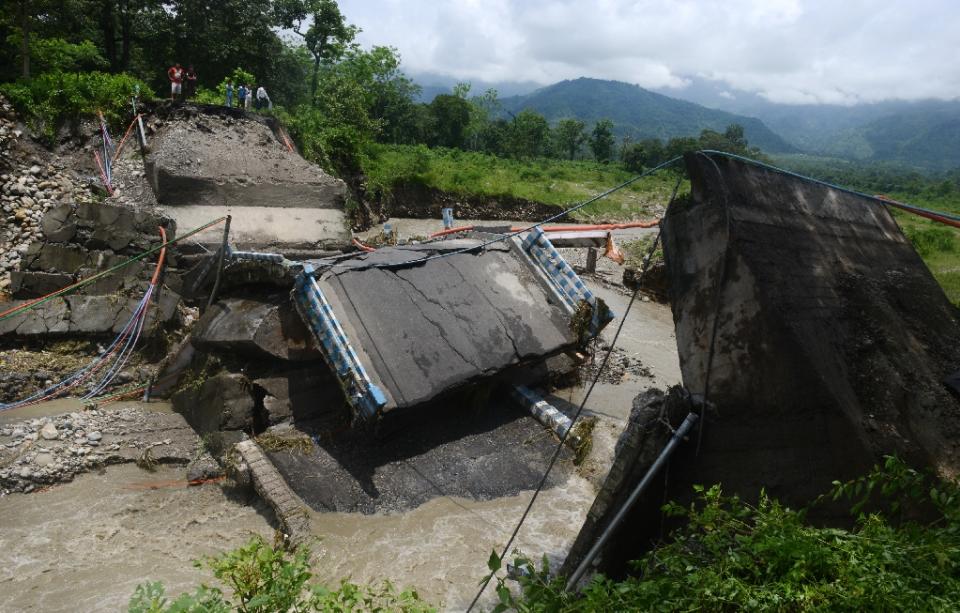 Rescuers were digging through tonnes of sludge searching for residents after overnight landslides struck homes built on slopes in the towns of Mirik, Kalimpong and Darjeeling in West Bengal state. 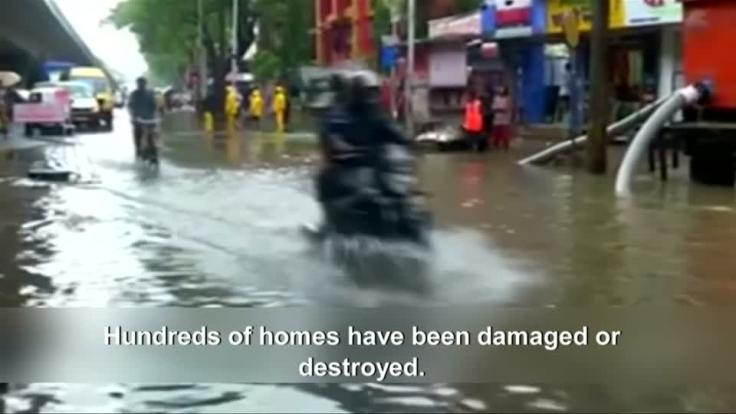 “At least 15 people are missing in Kalimpong,” he told AFP.

Javalgi described mud and water barrelling down hills in the worst-hit tourist town of Mirik along with Kalimpong hill station further north.

“We have reports of over 100 houses getting washed away in these two towns and many people were evacuated from the sites,” he said. 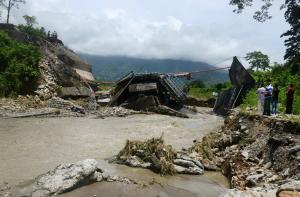 Bystanders look at a damaged bridge in the village of Garidhura, some 35kms from Siliguri on July 1, …

“The rush of mud and water tore down everything in its path in Mirik and Kalimpong.”

He said border guards were being deployed to help with the rescue effort which was being hampered by ongoing rains in the district.

“Rescuers are digging through mud and rubble as the landslides buried scores of houses in Mirik and Kalimpong,” he said.

West Bengal police inspector-general Anuj Sharma said from Kolkata that he feared “many people” were caught in the landslides which, along with heavy rains, have also cut roads and telephone links.

Darjeeling district, a tourist attraction known for its lush green tea plantations, is some 600 kilometres (370 miles) north of Kolkata.

Floods and landslides hit South Asia every year during the monsoon season.

In the western state of Gujarat, floods caused by the annual rains last week left at least 55 people dead. 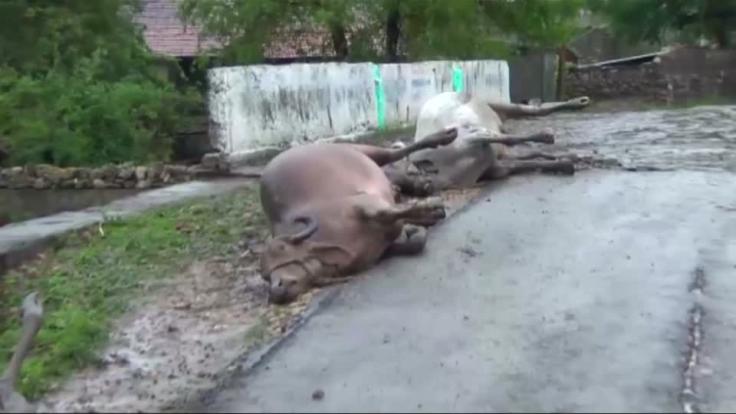