The meeting was one of the highest-level contacts between the two warring parties in recent years, offering more hope that a formal peace process aimed at ending the long-running conflict could soon begin.

A senior Afghan official said U.S. and Chinese officials took part in Tuesday’s meeting as observers. Their attendance, together with Pakistan’s willingness to play host, is significant as it points to a broadening involvement of key players in a possible peace process.

But it was unclear whether the meeting in Islamabad was fully backed by Taliban leadership. Zabiullah Mujahid, a spokesman for the militant group, said he wasn’t able to confirm whether the Islamabad talks took place at all.

A person briefed on the meeting said the three-member Taliban delegation was led by MullahAbbas Akhund, who served as health minister when the Taliban were in power. Much of the Taliban leadership is based in Pakistan, and persuading Islamabad to support efforts aimed at a political solution to the Afghan conflict has been a priority for Afghan President Ashraf Ghani since he came to office.

The eight-member Afghan delegation arrived in the Pakistani capital on a United Nations flight on Monday for meetings that were requested by the Kabul government and facilitated by Islamabad, according to international officials.

The Taliban and the Kabul government have held a series of informal meetings in recent months, most recently in Oslo, to explore the possibility of a formal peace process.

The most senior Afghan official taking part in this latest round of talks is Hekmat Khalil Karzai, deputy minister of foreign affairs and a relative of former Afghan PresidentHamid Karzai.

Other participants include members of the country’s High Peace Council, which is the top Afghan peace-negotiating body, and representatives of many of Afghanistan’s dominant political figures. Among them is Haji Din Mohammad, an adviser of the Afghan president and Mohammad Asem, governor of Afghanistan’s Parwan province and a close aide toAbdullah Abdullah, Mr. Ghani’s coalition partner.

The Taliban repeatedly have insisted that only members of its Qatar-based political office are allowed to talk peace. Privately, Taliban members have indicated to the Afghan government that they wanted clarification from Washington on the future U.S. and coalition troop presence in Afghanistan. A spokeswoman for the U.S. embassy in Kabul couldn’t immediately comment on the issue.

China has said it wants to help facilitate reconciliation in Afghanistan, and in May it hosted a meeting between Afghanistan’s top peace envoy and former Taliban officials in the city of Urumqi, in Western China. 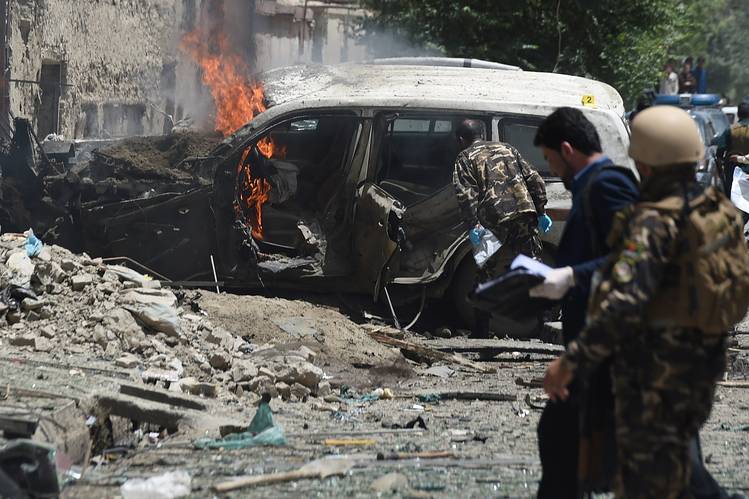 News of the meeting, which took place just outside Islamabad, follows a violent day in Kabul on Tuesday. A car bomb targeted a convoy of the U.S.-led military mission, causing damage to the vehicles but no fatalities, according to the coalition.