A United Nations World Food Programme (WFP) ship carrying food assistance arrived in Aden today – the first WFP-chartered ship to berth at the port since conflict erupted in Yemen in March. The food will provide much needed assistance for people in contested southern governorates.

The MV Han Zhi with 3,000 metric tons of food – enough to feed 180,000 people for one month – docked at Aden’s oil port of Al-Buraiqa. Although it had arrived off Aden on 26 June, it was forced to wait over three weeks for a safe window to berth.

“This is a major breakthrough for our humanitarian response in Yemen. While we have been able to reach several southern areas by land, docking at the port of Aden allows us to accelerate our response to meet urgent needs in southern Yemen,” said Muhannad Hadi, WFP Regional Director for the Middle East, North Africa, Central Asia and Eastern Europe. “In the coming days we hope to reach more people, not only in Aden but throughout Yemen.”

WFP made repeated attempts to send ships to Aden, all of which until today were blocked due to severe fighting in the port area. Despite insecurity and extreme difficulties reaching Aden by road, WFP has delivered food to displaced families in the governorate. Through its local partner, WFP last reached Aden on 14 July with emergency food assistance for more than 27,000 people.

More WFP-chartered ships are on stand-by near Aden carrying fuel and more food. WFP is working to channel food through Aden to people in need of humanitarian assistance particularly in Yemen’s southern governorates, which are largely inaccessible because of fighting.

“WFP has done everything possible to reach people affected by the conflict in Yemen,” Hadi said. “We mobilized our logistical capacities, hired vessels and brought food and fuel into the country under very challenging circumstances. We have assisted many Yemeni children, women and men in dire need. However, we will not rest until we reach all of those who are in need.”

A recent food security assessment estimated the number of food-insecure people in Yemen at close to 13 million. This includes more than 6 million severely food insecure people who cannot survive without external assistance. 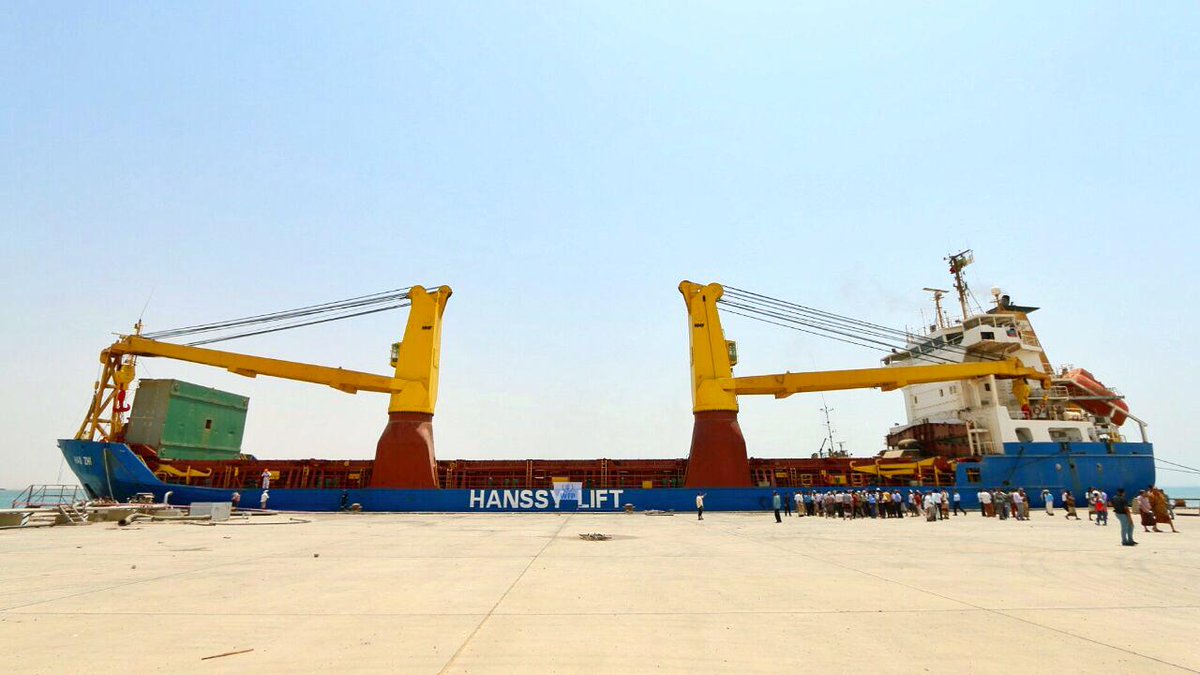 WFP is the world’s largest humanitarian agency fighting hunger worldwide, delivering food in emergencies and working with communities to build resilience. In 2013, WFP assisted more than 80 million people in 75 countries.