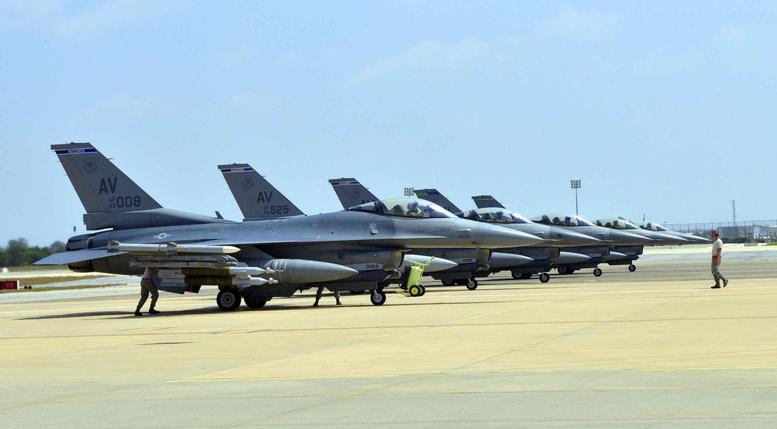 The United States sent six F-16 jets and about 300 personnel to Incirlik Air Base in Turkey on Sunday, the U.S. military said, after Ankara agreed last month to allow American planes to launch air strikes against Islamic State militants from there.

The Pentagon said in a statement the “small detachment” is from the 31st Fighter Wing based at Aviano Air Base, Italy. Support equipment was also sent but no details were provided.

“The United States and Turkey, as members of the 60-plus nation coalition, are committed to the fight against ISIL in the pursuit of peace and stability in the region,” the statement said, using an acronym for Islamic State.

The ability to fly manned bombing raids out of Incirlik, a major base used by both U.S. and Turkish forces, against targets in nearby Syria could be a big advantage. Such flights have had to fly mainly from the Gulf.

Turkey’s decision last month to allow use of the base follows longtime reluctance by Ankara to become engaged in the fight against Islamist militants.

Turkey has faced increasing insecurity along its 900-km (560-mile) border with Syria, with fears the conflict could spill onto Turkish soil and worsen relations with its Kurdish minority.