More than 2,000 migrants and refugees have been rescued from boats off the coast of Libya in one of the biggest single-day operations mounted, Italy’s coastguards have said.

More than 2,000 people have died this year in attempts to reach Europe in overcrowded, unseaworthy boats.

The route from Libya to Italy is one of the busiest for those trying to enter Europe.

Of the 264,500 migrants the United Nations says have crossed the Mediterranean so far this year, close to 104,000 have landed in Italy. Another 160,000 arrived in Greece.

Two Italian navy ships were involved in Saturday’s rescue effort. Responding to two wooden boats in danger of sinking, the Cigala Fulgosi picked up 507 people and the Vega 432, the navy said.

Various other Italian vessels were involved in the rescue effort, as well as the Norwegian military ship Siem Pilot, which has been deployed as part of the EU’s Triton patrol mission.

A boat belonging to humanitarian group Doctors without Borders rescued 311 people, including a newborn baby. 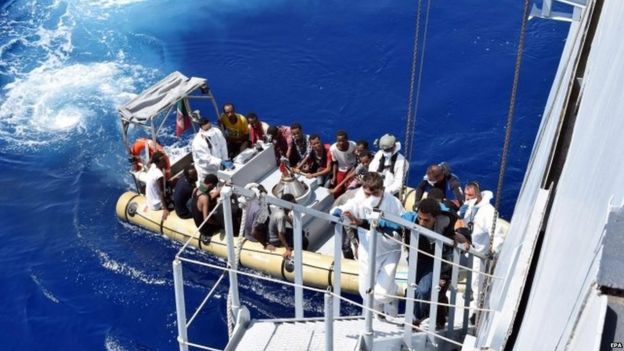 The coastguard said patrol boats had boarded a total of just under 1,000 people from various unseaworthy fishing boats and inflatables from Friday night to Saturday morning.

At least another 1,000 people were reported to be headed for Italian ports on other boats.

The increase in rescues prompted criticism of the centre-left Prime Minister Matteo Renzi.

“This must be a joke. We are using our own forces to do the people smugglers’ business for them and ensure we are invaded,” said Maurizio Gasparri, a senator for Silvio Berlusconi’s centre-right Forza Italia party.

Populist anti-immigration politician Matteo Salvini called on the government to take the migrants and refugees to disused Italian oil rigs off Libya.

Humanitarian groups say the surge in numbers is because of conflicts and repression in Africa and the Middle East, and European governments should do more to create safe routes to Europe.

Meanwhile, police in the city of Palermo in Sicily have arrested six Egyptian nationals on suspicion of people smuggling after a rescue on 19 August.

The vessel was carrying 432 people – more than 10 times as many as it was designed for. Some of those on board said they had to pay smugglers to come up for air from the cargo hold, AFP reported. 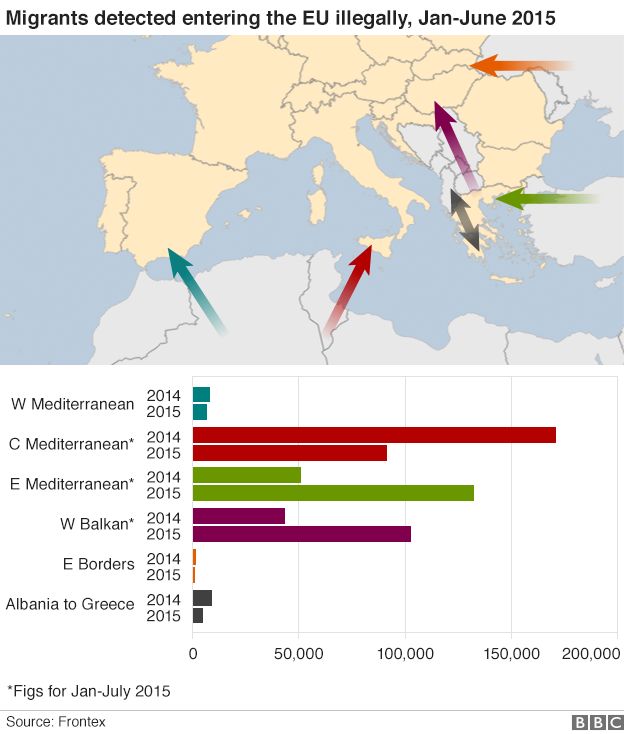