At least 150 people are believed to have drowned off western Libya after a fishing boat carrying migrants sank in the Mediterranean, Libyan and international relief officials said on Friday. 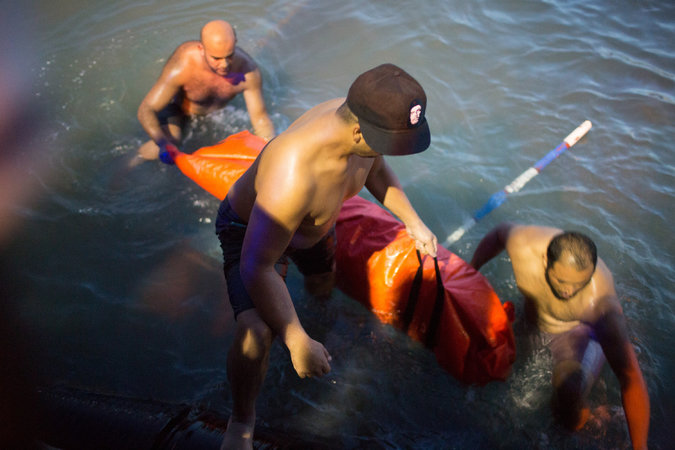 If confirmed, the death toll would be among the highest this summer for refugees and migrants trying to reach Europe from North Africa.

The sinking occurred early evening on Thursday — the same day the authorities in Austria found the decomposing bodies of 71 people, presumed to be migrants, in the back of a truck abandoned alongside a highway.

Jamal Naji Zubia, director of the foreign media office for the Tripoli-based government of Libya, said that the fishing boat went down off the port city of Zuwarah. It is a frequently used departure point for migrants and refugees trying to make the Mediterranean crossing, often in packed fishing boats or rubber dinghies.

More than 300,000 people are estimated to have tried the crossing this year, and at least 2,500 have died or are missing, according to the United Nations High Commissioner for Refugees.

Mr. Zubia said that at least 150 people had died in the fishing-boat sinking on Thursday, and that they had came from several countries. A Libyan Red Crescent official said that 82 bodies had washed ashore, that 100 people were still missing and that 198 had been rescued alive, Reuters reported.

Carlotta Sami, a spokeswoman for the United Nations refugee agency, said that the fishing boat was the second migrant-filled vessel to sink off Libya on Thursday, after a dinghy went down in the morning. Traffickers usually pack 300 to 400 people onto fishing boats, Ms. Sami said, while a dinghy would hold far fewer; she said she did not yet have information about whether any migrants from the dinghy had drowned.

She said workers from the Libyan Red Crescent told her on Friday that they did not have enough body bags on hand for all the bodies from the fishing-boat sinking.