SomTribune
Home Culture/Religion The Clock-Building Teen and the Quran-Burning Pastor: How America Treats a “Model”...

When Terry Jones burned a copy of the Quran outside of his Gainesville, Florida, church in 2011, Mohamed Elhassan Mohamed didn’t riot, like some outraged Muslims did in the Arab world, or protest peacefully, like many fellow followers of Islam did elsewhere. He didn’t even stay home, turn off the TV, and try to ignore Jones’ provocations. Mohamed was there, standing with Jones at the pastor’s Dove World Outreach Center, just before Jones burned the book. 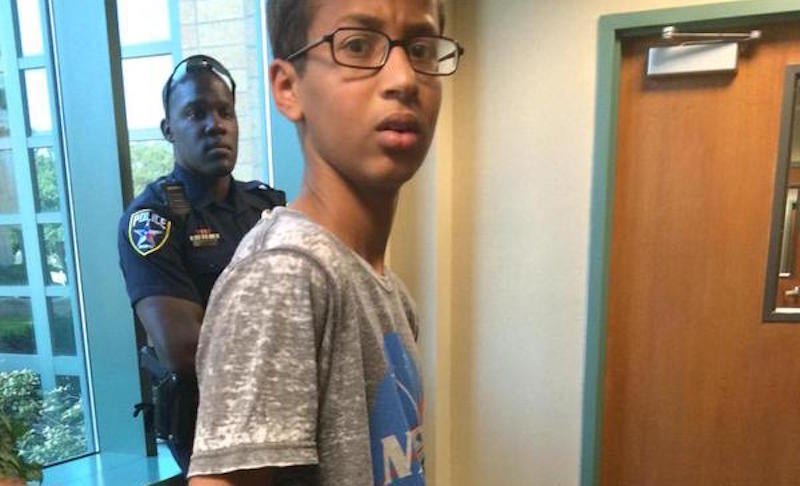 Not that Mohamed supported what the infamously anti-Islam pastor was doing. Before the Quran-burning, Jones held a surreal “mock trial” in front of his tiny congregation, holding the holy book to task for its supposed crimes against humanity. Mohamed was present as the Quran’s “defense attorney,” arguing passionately that it was not the evil tome Jones claimed. Jones, of course, ultimately found the Quran guilty, and Mohamed and his family quickly left the church so as not to witness the fire.

Mohamed knew that participating in the mock trial would anger some in the Muslim community, but he believed that it was important to engage people and ideas outside of his religion, even if some of those people, like Jones, hated his religion violently. “From my heart, I feel very OK. But I have some people who don’t like that from my Muslim brothers. I see their faces, they don’t want me to go and talk,” Mohamed told the Dallas Observer at the time. “But this is my opinion. I’m not living in Sudan, or Saudi Arabia. I’m living in a free land.” The imam even claimed to admire his counterpart Jones, for allowing him to defend the Quran within the context of Sufism, the mystical school of Islamic thought to which Mohamed adheres.

Four years later, Mohamed Elhassan Mohamed picked up his son Ahmed at a juvenile detention center in Irving, Texas, where the Mohamed family lives, after Ahmed was taken there in handcuffs from his high school for bringing in a homemade clock he’d built to impress his teachers. Ahmed’s English teacher believed the clock was a bomb and called the police. Considering that this is the same Irving, Texas, whose mayor, Beth Van Duyne, made headlines this spring and summer for claiming that Muslims in the city were attempting to impose Sharia law and overthrow the courts system, it seems extremely likely that Ahmed is another victim of rampant American Islamophobia.

Anti-Islamism is a pernicious force in all its manifestations, but there’s a particularly cruel irony to Ahmed Mohamed’s case. Even if only to save face from being labeled full-on bigots, the Beth Van Duynes of the world will usually concede that not all Muslims are terrorists and murderers—just the radicals, the burqa-wearers, the weird ones. If they’d just start wearing normal clothes and start eating bacon on their McDonald’s cheeseburgers—if they’d renounce and abandon the traditions that make them appear uncomfortably alien to white Protestant Americans—no one would really wouldn’t mind them at all, these people insist. (Terry Jones, who symbolically executed the entire religion for its transgressions, is a special case of hate.)

From what we know about Ahmed Mohamed and his family, they seem to perfectly fit this narrow-minded view of Muslim acceptability. Ahmed’s father came to meet with Jones—a man who sits on al Qaeda’s “most-wanted” kill list—not to execute him in the name of Islam, or even to denounce him, but to engage in peaceable dialogue. (Mohamed Elhassen also had another reason for making the trip to Florida: He wanted to take his family to Disney World.)

Elhassen came to the United States from Sudan in the 1980s, only to find that his philosophy degree wasn’t worth the paper it was printed on. So, according to the North Dallas Gazette, he sold hot dogs and magazines in New York, and then moved to Texas and drove cabs. Then he started a cab company. Then he sold the cab company and started two more companies.

In his NASA t-shirt, Elhassen’s son Ahmed proudly and patriotically displayed the emblem of a U.S government agency on his chest on the day of his detainment. He packed his homemade clock on Monday morning not to frighten anyone, but to impress his teachers and inquire about extracurricular activities like the robotics club he enjoyed in middle school. The kid embodies all the high-achieving qualities we regularly hear that today’s American school children lack. He might as well have been carrying a slice of apple pie and a Steve Jobs biography in his backpack.

Western pundits have often lauded Sufism, the aspect of Islam that Elhassan Mohamed follows, for its potential to defuse radical Islamism—the kind that would lead a follower to, say, bring a bomb to school. Unlike Salafi fundamentalists, who base their beliefs on strict literal interpretations of the Quran, Sufis are “egalitarian, charitable and friendly,” Ishaan Tharoor wrote for Time in 2009.

Some analysts think that historical legacy can still be exploited. A 2007 report by the Rand Corp., a U.S. think tank, advised Western governments to “harness” Sufism, saying its adherents were “natural allies of the West.” Along similar lines, the Algerian government announced in July that it would promote the nation’s Sufi heritage on radio and television in a bid to check the powerful influence of Salafism, a more extreme strain of Islam that is followed by al-Qaeda-backed militants waging a war against the country’s autocratic state.

Mohamed Elhassen has even tried exporting his peaceful, pro-Western philosophy overseas: He’s run for president of Sudan twice. “[I] hope for my country to become great, and to reestablish good connections with America,”he said in February.

If a Hollywood producer was tasked with creating a Muslim family designed to ease the anxieties of parochial Americans, that family would probably look a lot like Mohameds, from the father’s boot-strap immigrant striving to the son’s inspired desire to create and tinker.

When even this family’s child is being carted off in cuffs for bringing an engineering project into school, how can we expect any Muslim in this country to believe in America’s commitment to pluralism and tolerance? 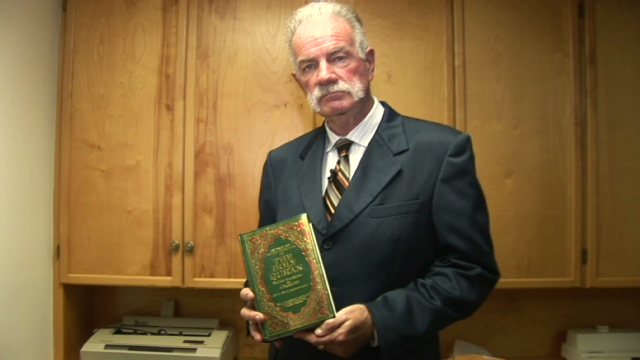