Terrorism charges were laid Thursday against a 22-year-old Calgary man who allegedly left Alberta in early 2014 to fight with ISIS in Iraq.

Farah Mohamed Shirdon was charged in absentia by the RCMP Integrated National Security Enforcement Team (INSET) in Alberta, and a Canada-wide arrest warrant has been issued. INTERPOL is issuing a Red Notice shortly, said RCMP in a release.

“Our investigation showed that Shirdon served in a combat role and performed other functions for ISIS such as recruiting, fundraising, encouraging others to commit violence, and spreading propaganda – all designed to enhance the activities of the ISIS,” said assistant commissioner Marlin DeGrand, officer in charge of the RCMP’s Criminal Operations in Alberta, in a release.

RCMP said Shirdon left Canada on March 14, 2014 to allegedly join and fight with ISIS in Syria. Reports that he had been killed in Syria in 2014 were proven to be false.

Identified as Abu Usamah Somali in the article, the then-21-year-old spoke with VICEon Sept. 23.

Global News first reported on Shirdon in June, after he was seen along with other foreign fighters in a video released by ISIS, also referred to as the Islamic State, depicting him tearing up his Canadian passport and throwing it into a small fire.

Shirdon also issued a warning to Canada and the U.S., saying “we are coming and we will destroy you. … We are going for you Barack Obama.” 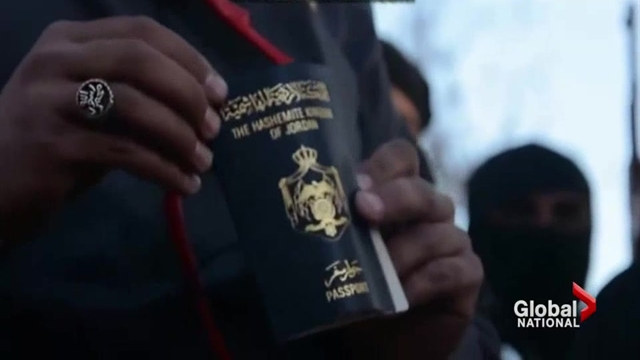 With files from Nick Logan