In an unprecedented diplomatic blunder, leaders of the Saudi Kingdom sent congratulatory notes to the President and people of Somalia ‘on the occasion of ‘ their “National Day” in the belief that 21st October was the anniversary of Somalia’s independence day.

The message was posted at http://www.al-jazirahonline.com/news/2015/20151020/64246 of Al Jazeera Online in Arabic which, itself, put up the congratulatory note without commenting on the mistake – perhaps, itself not knowing of the blunder it compounded.

21 October was the day the military regime of Somalia’s military dictator, General Mohamed Siyad Barre, took over the 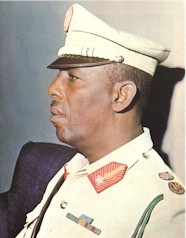 reigns of the then Somali Republic in 1969.

The Barre regime was deposed in 1991 following a bloody, protracted war between it and the SNM (Somaliland) and USC and its allies in Somalia.

October 21 is neither a national day nor has it been celebrated anywhere in the Somali territories for the past 25 years.

The Saudi blunder shows how inept and ignorant in regional and world politics the Kingdom has become in recent years.