SomTribune
Home Somaliland Remembering fallen Somaliland soldiers who fought alongside the British in the World...

An event for the commemoration of the British Somaliland soldiers who fought in the first and second world wars was held today at the Commonwealth Remembrance Gates next to the Duke of  Wellington Arch in Central London. 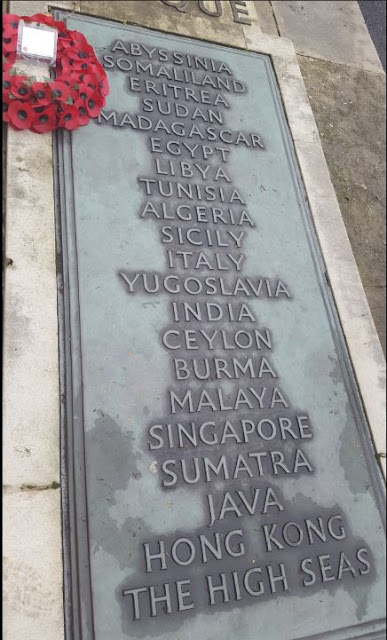 A good number of Somalilanders and friends of Somaliland turned up at the event to remember the men from Somaliland who had died in the first and the second world wars fighting along the British.

Thousands of others from different countries also came to the memorial gates .

Ambassador Ali Adam Awale laid the wreath at the memorial gates and emphasised the need to recognise the good relations between Somaliland and the United Kingdom . Other dignitaries also spoke at the event.

The event was a tribute to all the Somaliland heroes who fought for Great Britain during the World wars,  whose courage and commitment rose above the extra ordinary challenges they faced.

The commemorative event was organised by SAHAN group of West London led by Iman Sheel .

The memorial is one it’s kind that takes place on the second Sunday of Nov, every year. Today’s event for the commemoration of the forgotten British Somaliland soldiers was the 5th since 2002.

Back ground
British Somaliland was a British protectorate in present-day Somaliland Republic. For much of its existence, the territory was bordered by Italian Somaliland, French Somaliland and Ethiopia. From 1940 to 1941, it was occupied by the Italians and was part of Italian East Africa. The protectorate briefly obtained independence on 26 June 1960 as the State of Somaliland before uniting as scheduled with the Trust Territory of Somalia (the former Italian Somaliland) to form the Somali Republic on 1 July 1960. Somaliland seceded from Somalia on may 18 , 1991 after a bloody civil war with socialist government lead by the late dictator, Siyad Barre.

More than  70,000 Somalilanders have been killed during the struggle against the dictatorship..

Although it is not recognised internationally as sovereign state , the country has held two presidential elections,  two local government elections and one parliamentary election since 1991. Somaliland has its national army , its own flag, passport , currency  and diplomatic missions in more than half a dozen countries.