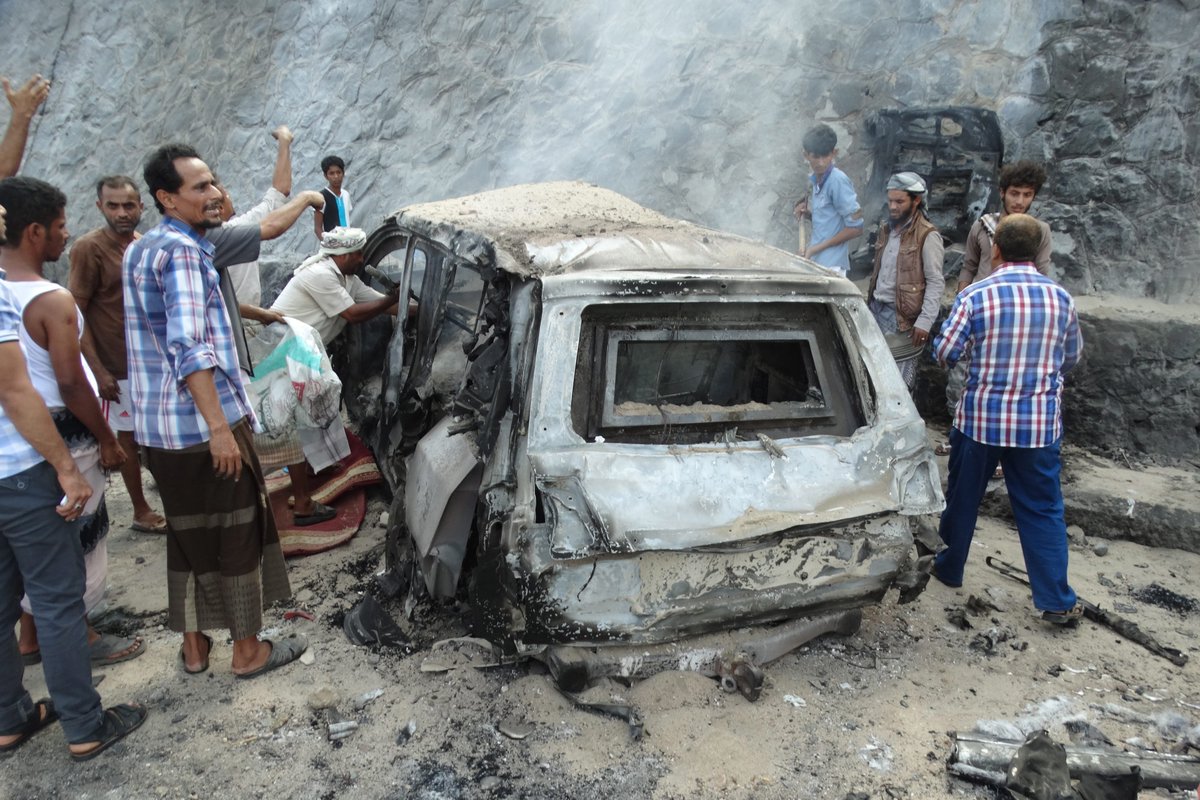 The governor of Yemen’s Aden province Jaafar Mohammed Saad was killed on Sunday when a suicide bomber rammed his car into the governor’s convoy in the western part of Aden city, residents and a local official said.

They said at least six of his entourage also died in the attack, which occurred while the governor was heading to work. Several other people were also wounded in the bombing.

The sources had earlier said attackers had used rocket-propelled grenades to target Saad.

No one immediately claimed responsibility for the attack, but Islamist militants are operating in the city, four months after supporters of President Abd-Rabbu Mansour Hadi and a mainly Gulf Arab coalition led by Saudi Arabia drove Iran-allied Houthi fighters from Aden, Yemen’s second largest city.

Saad, a former general in the army of the former southern Yemen before the Marxist state merged with northern Yemen in 1990, was appointed governor in October.

Hadi returned to Aden from Saudi Arabia last month, nearly eight months after he fled to escape the Houthi advance. He has been trying to shore up security in the city and oversee fighting against the Houthis in the province of Taiz, north of Aden.