A seven-day ceasefire in Yemen will start on Monday, the day before planned U.N.-sponsored peace talks in Switzerland, senior officials on both sides of the civil war that has killed nearly 6,000 people said on Saturday. 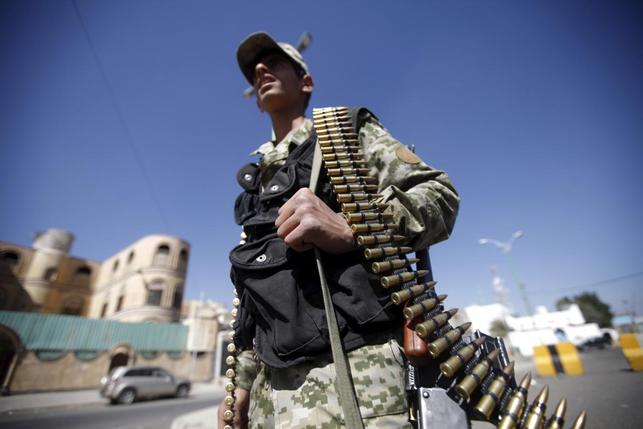 “Based on what had been agreed upon, there will be a halt of the aggression on the 14th of this month,” Houthi spokesman Mohammed Abdul-Salam told a news conference broadcast live from the Yemeni capital Sanaa.

The Houthis, allied with Iran, have been locked for nine months in a civil war with forces loyal to President Abd-Rabbu Mansour Hadi’s exiled government, who are backed by air strikes and ground forces from a mainly Gulf Arab coalition led by Saudi Arabia.

The Houthis, who control most of the northern part of the country, see the Arab alliance’s military operations in Yemen since March as an aggression. The alliance says it intervened in response to a request by Hadi.

Yemen’s new Foreign Minister Abdel-Malek al-Mekhlafi, who will also lead Hadi’s delegation to the U.N. talks, confirmed that the ceasefire would start on “the evening of December 14”.

“We are going to the talks with serious intentions and we hope that the other side to abide by that,” he told Reuters.

The United Nations has invited Hadi’s government and the Houthis to peace negotiations after the two sides agreed a draft agenda and ground rules for the talks.

A previous round of peace talks in June failed to reach an agreement, with both sides accusing each other of failing to offer compromises to end the conflict. In July, the two sides observed a five-day ceasefire, in which both sides traded accusations of violating the truce.

But both sides now say they are determined to end the crisis that had devastated the country and displaced hundreds of thousands of people.

Hadi had said that he had asked for a seven-day ceasefire, while Mekhlafi had earlier said that the ceasefire was subject to automatic renewal if the Houthis abided by it.

The World Health Organization said on Saturday that as of Nov. 12, the death toll in Yemen since March was 5,878 people. A total of 27,867 had been wounded during the same period.

The UN High Commissioner for Refugees (UNHCR) and UNICEF, using slightly more recent data from late November and early December, said nearly half those killed were civilians, including 637 children.

Hadi’s Prime Minister Khaled Bahah said on Friday he was determined to end the fighting that had also caused widespread damage to Yemen’s economy and infrastructure.

Houthi spokesman Abdul-Salam complained that the United Nations had not taken into account all the remarks his group had made on the draft but said the group, officially known as Ansarullah, and its allies would try to press their demands at the talks.

“We are in constant coordination, together with the General People’s Congress party, and we will all go with a national will aimed at stopping the aggression and lifting the siege,” he told the news conference.