An overnight fire at a hospital in southern Saudi Arabia has killed at least 25 people and injured more than 100 others, officials say.

The blaze broke out in the intensive care and maternity departments of the Jazan General Hospital, the Civil Defence Agency tweeted.

The fire is now over and those injured have been transferred to other hospitals in the area, it added.

An investigation is under way to find out the cause of the blaze.

One witness told Saudi television an electrical fault appeared to be to blame, and that the fire had swept through the building in minutes.

“We could hear the women screaming,” the man said.

The blaze badly damaged the interior, charring walls and leaving wreckage dangling from the ceiling.

Some Saudis took to social media to complain of what they said was inadequate infrastructure in the area.

Jazan is near the border with Yemen, which has seen months of fighting between Houthi rebels and Saudi-backed forces.

Earlier this week a rocket fired from Yemen towards Jazan was intercepted by Saudi Arabia, reports say, although there is no indication Thursday’s fire is related to the conflict. 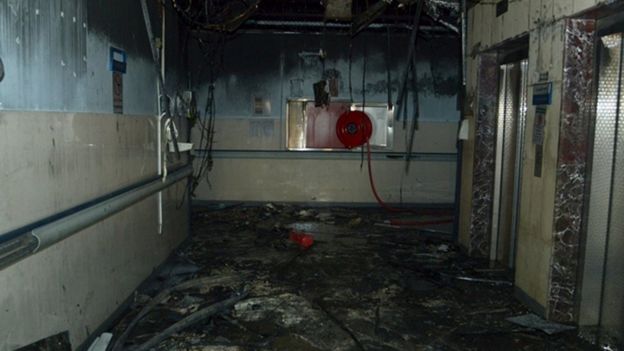 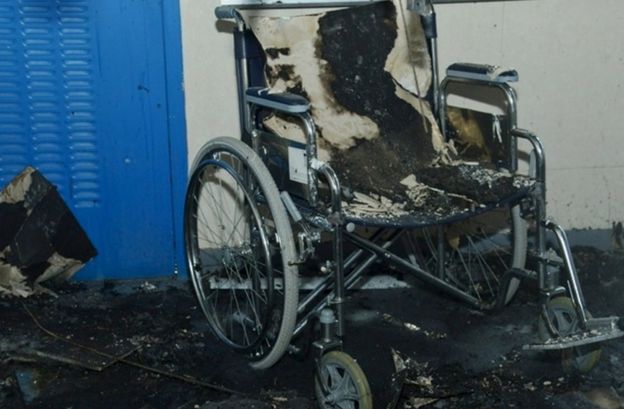 Image captionThose injured have been taken to nearby hospitals 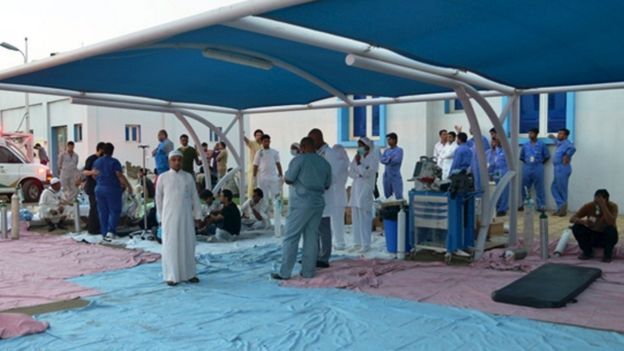 Image captionMedics gathered outside the front of the hospital 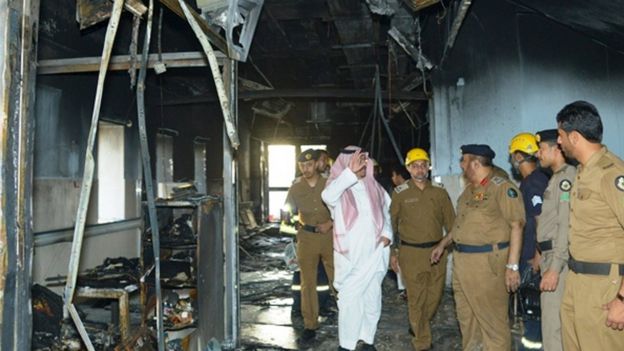 Investigators are trying to determine the cause of the fire. Image copyright Reuters