Somali militants on Friday attacked a popular hotel and a nearby public garden in Mogadishu, the capital, killing at least 10 people and wounding more than 25, witnesses and officials said. 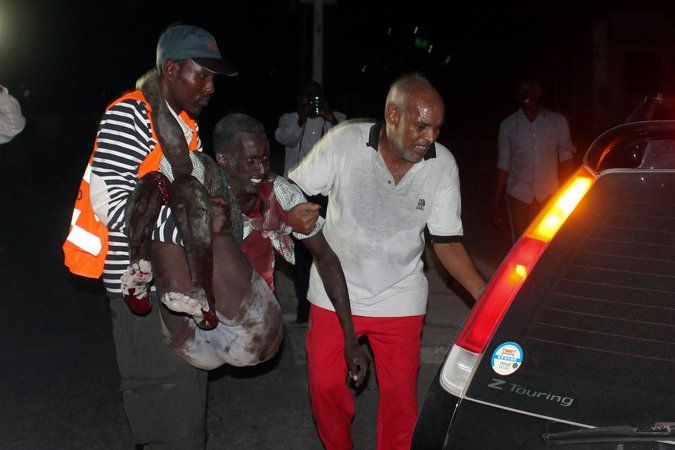 The Al-Shabaab, an Islamist extremist group, claimed responsibility for the attack. Four Al-Shabaab militants were killed in the clash, security officials said.

Somali security officials said that the attack began when explosives loaded into at least two vehicles were detonated close to a security checkpoint near the garden, killing two guards.

Gunmen using another car bomb then attacked the SYL Hotel and tried to storm the building, but they were stopped by members of the security forces, according to the National Intelligence and Security Agency. A total of four militants were killed at the two sites, security officials said.

There were conflicting reports about the number of civilian casualties. With a large number of people suffering wounds from the explosions, the death toll could rise, officials said.

The garden, known as the Peace Garden, is a popular attraction in the capital, especially on Fridays, when families tend to visit. The hotel, which is not far from the presidential palace in Mogadishu, often draws government officials and business people for meetings.

On Thursday, the Al-Shabaab militants claimed responsibility for a mortar attack that was believed to have been aimed at the presidential palace but fell short, killing at least three civilians and wounding at least eight.

Mogadishu has been plagued by violence for decades, after Somalia’s government collapsed in 1991. In recent years the city has struggled to enjoy something of a renaissance, attracting millions of dollars of new investment, which has helped build many hotels, restaurants and shops.

But the Al-Shabaab has not gone away. Assassinations and car bombings carried out by the group have become the city’s steady background noise. Many of the biggest hotels have been bombed, and in recent months the Al-Shabaab have stepped up their attacks across Somalia.

Many analysts warn of a Al-Shabaab comeback and say that unless Somalia’s leaders generate genuine popular support, the militants will be difficult to defeat. But Somalis widely suspect that their leaders are corrupt, which hinders the government’s efforts to mobilize support.