Somalia President, Hassan Sheikh Mohamoud, bypassed the country’s  legislative body to set a timeline for ‘indirect’ elections to lend a legitimacy to a new blood to replace the incumbent president and members of parliament.

The President, responding to an international pressure to implement a resolution from what was called the National Consultative Forum of April 2016calling for the formation of a  bicameral parliament not very much different from that of Somaliland to be nominated from stakeholder clans.

The NCF proposed an Electoral College of some 275 clan elders holding ultimate powers to ‘elect’ or reject aspiring would-be members of House of Representatives and Upper House.

The elections, a presidential Decree signed today, slated such elections for August 2 this year which is believed to be a date the UN told Hassan not to ignore – or else.

In a bid to bolster the move, Michael Keating, the UN Special Representative of the Secretary-General for Somalia, congratulated the President, and was effusive in his praise of what he called ‘a decisive political step forward’.

On May 19, a security council delegation arrived in Mogadishu for a one-day visit during which they met President Mohamoud, PM Sharmarke and other stakeholders of the slated 2016 ‘elections’ in Somalia. 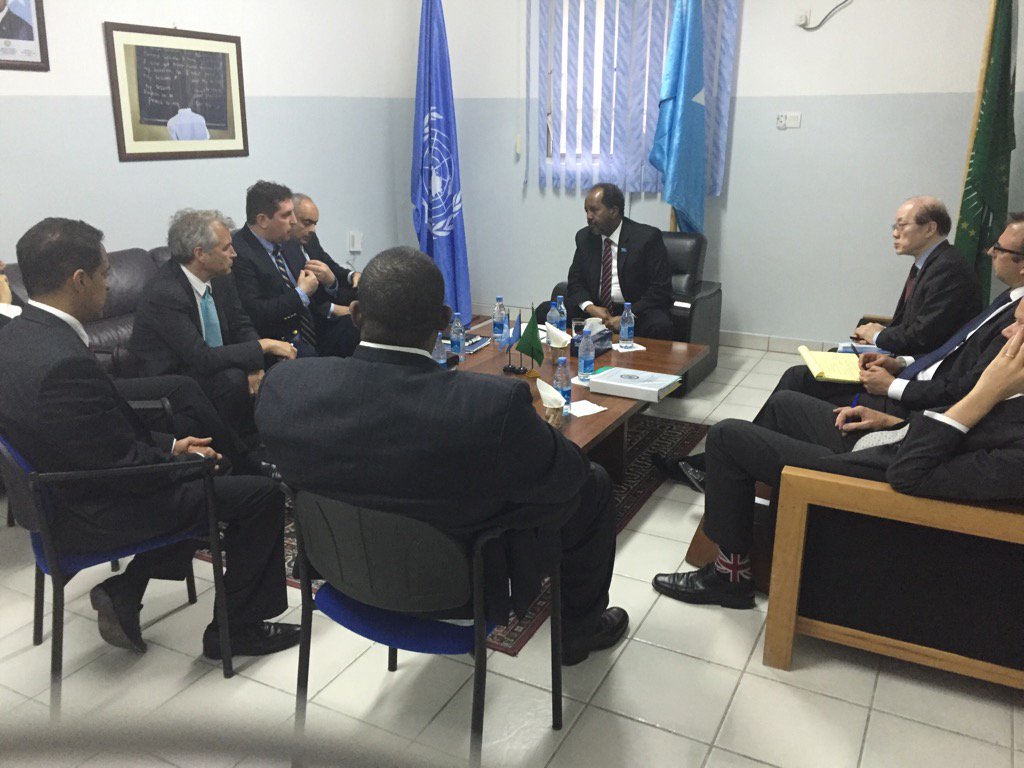