Suspected Al-Shabaab Gunmen stormed Ambassador hotel on Makka Al Mukarama street in Mogadishu (Somalia) after setting off a car packed with explosives at the gates of the building, police said. 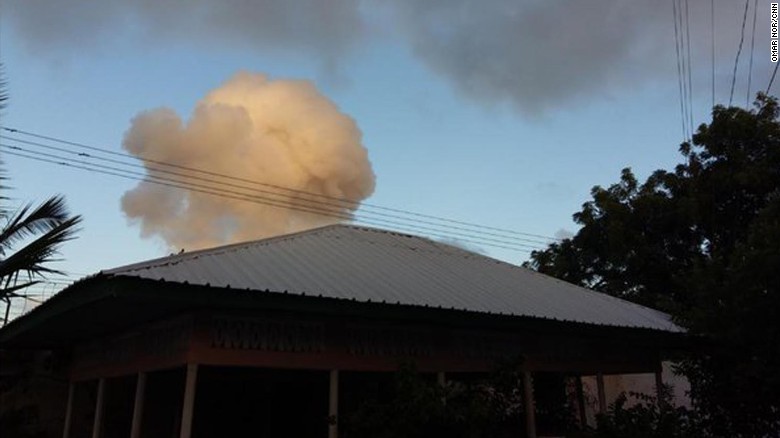 One of the gunmen who attacked the Ambassador Hotel in Mogadishu, Somalia, Wednesday is dead, according to a tweet from Somalia’s National Intelligence & Security Agency. Two other gunmen remain inside the hotel, the agency said. Authorities have rescued 10 people and cleared out three of the hotel’s four floors, according to NISA.

The siege began after the attackers set off a car packed with explosives at the gates of the building, according to Capt. Da’ud Hajji, a senior Somali police officer.
A source within the Somali security forces has also confirmed the attack and told CNN they are responding to the scene.
Last year, militants from the al Qaeda affiliate killed at least 15 people in an attack at another hotel in the Somali capital.
Al-Shabaab aims to turn Somalia into a fundamentalist Islamic state.
The group has been blamed for attacks in Somalia that have killed international aid workers, journalists, civilian leaders and African Union peacekeepers.