The Africa Intelligence newsletter (Indian Ocean Newsletter), reporting the preliminary verdict against a notorious blackmailer-journalist and the propaganda war he waged against one of the most reputable money transfer services in Africa – and the world – Dahabshiil Money Transfer, wrote: 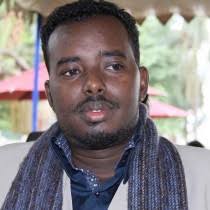 “The Vice President of the supreme court of the Netherlands, Floris Bakels, found in favour of dahabshiil transfer services Limited in its libel suit against dahir abdulle alasow on 3 June.

The latter, a political refugee in The Netherlands and who is chairman of the stichting associated somali Journalists foundation and runs several web sites, was ordered to pay legal costs of over €3,000 in cassation to the Somalian financial services and money transfer company.

Dahir Abdulle Alasow had published several articles in which he accused Dahabshiil of having ties with al-shabaab radical Islamists, inciting murder and inciting the commission of criminal acts.

Dahir Abdulle Alasow did not comply with the appeal verdict in December 2014 ordering him to remove the articles from his web sites.”