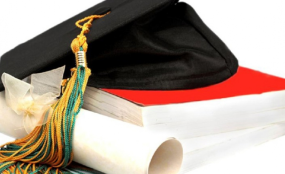 The diaspora are actively engaged in the country’s (Ethiopia) development in skill, knowledge and technology transfer, as well as investment and making remittance.

Director General Demeke Atnafu said members of the diaspora communities serve as both political and socio-economic capital to their countries of origin.

Those who gained citizenship other than their countries of origin are now representing their respective countries in the executive and parliaments of hosting countries.

He said the diaspora are actively engaged in the country’s development in skill, knowledge and technology transfer, as well as investment and making remittance.

“Policies and measures on diaspora are being implemented to reverse brain drain to brain gain,” he added.

The Director General said diaspora policies and strategies are put in place, and institutional arrangements are made as well as focal persons in missions abroad and key sector institutions have already been assigned.

The initiative, according the Director General, aims at bringing young diasporas to Ethiopia for a one-month comprehensive visit with a view to making them ambassadors of their country, according to the Ministry of Foreign Affairs.

Somaliland: Consequences of Revival of Stalled Talks with Somalia