German Vice Chancellor Sigmar Gabriel said in an interview on Saturday that Chancellor Angela Merkel’s conservatives had “underestimated” the challenge of integrating a record migrant influx.

Gabriel is also leader of the Social Democrats (SPD) – the junior coalition partner in Merkel’s government – and his comments come as campaigning gets under way for a federal election next year and for regional elections in Berlin and the eastern state of Mecklenburg-Vorpommern.

Hundreds of thousands of migrants flocked to Germany from the Middle East, Africa and elsewhere last year. Concerns about how to integrate them all into German society and the labor market are now rife and support for the anti-immigrant party Alternative for Germany (AfD) has grown. 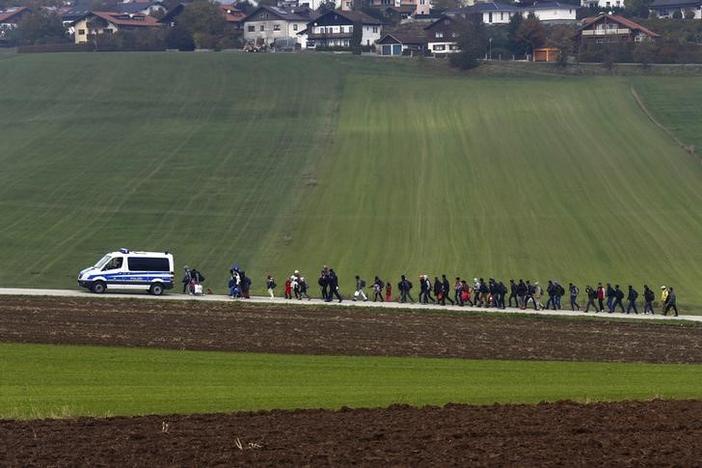 “I, we always said that it’s inconceivable for Germany to take in a million people every year,” Gabriel said in extracts of an interview with broadcaster ZDF released on Saturday.

The head of the Federal Office for Migration and Refugees told newspaper Bild am Sonntag that Germany took in less than one million migrants last year and said he expected a maximum of 300,000 refugees to arrive in Germany this year.

At a separate news conference on Sunday, Gabriel said: “There is an upper limit to a country’s integration ability.”

He said Germany had 300,000 new schoolchildren due to the migrant influx and added that the country could not manage to integrate so many into the school system every year because there would not be enough teachers.

In the ZDF interview, Gabriel also criticized Merkel’s catchphrase “Wir schaffen das”, meaning “We can do this”, which she adopted during the migrant crisis last summer and has repeatedly used since.

Merkel used the phrase at a news conference she held in late July after a spate of attacks on civilians in Germany, including two claimed by Islamic State, that have put her open-door migrant policy in the spotlight. Her popularity has slipped since those attacks.

Gabriel said repeating that phrase was not enough and the conservatives needed to create the conditions for Germany to be able to cope, adding that the conservatives had always blocked opportunities to do that.

“Even with the best will in the world, we won’t manage to integrate so many people from totally different cultures,” Soeder told German magazine Der Spiegel.

Soeder said Germany needed to send several hundred thousand of refugees back in the next three years rather than bring their families here.

The CSU tends to talk tougher on immigration than the CDU and the two allies have often been at odds over how to respond to the migrant influx.