Essa Djama, 32, a doctor from Somaliland, recently returned from working with MSF inYemen, a country in the midst of ongoing civil war.

Over his 10-month assignment, he worked at an MSF hospital in Ad Dhale, a district in southern Yemen and another in the north of the country. In August, MSF was forced to evacuate staff from six hospitals in northern Yemen following the aerial bombing of Abs Hospital in the Hajjah governorate. It was the fourth and deadliest attack on an MSF-supported medical facility during this war.

The bulk of Essa’s time was spent working in Qattaba, which is close to three active frontlines. “Most of my work in the country focused on treating the war-wounded and survivors of road traffic accidents. The roads in Yemen are bad and many people travel on motorbikes without the necessary headgear, causing severe head injuries during accidents,” he explains.

Essa also treated an overwhelming number of people seriously injured by air strikes, hand grenades, gunshots and mortar rounds. “Around 15 to 20 war-wounded patients came into the hospital in Qattaba each day,” says Essa. “I saw a lot of trauma cases people who suffered gunshots to the head and abdomen. Some people were seriously injured with wounds all over their bodies. My work was urgent and stressful. Deciding which patient to treat first was difficult.”

The fighting and checkpoints made accessing critical medical supplies and carrying out emergency referrals to bigger, better equipped hospitals difficult. He often worked amid the sounds of gunshots and bombings. 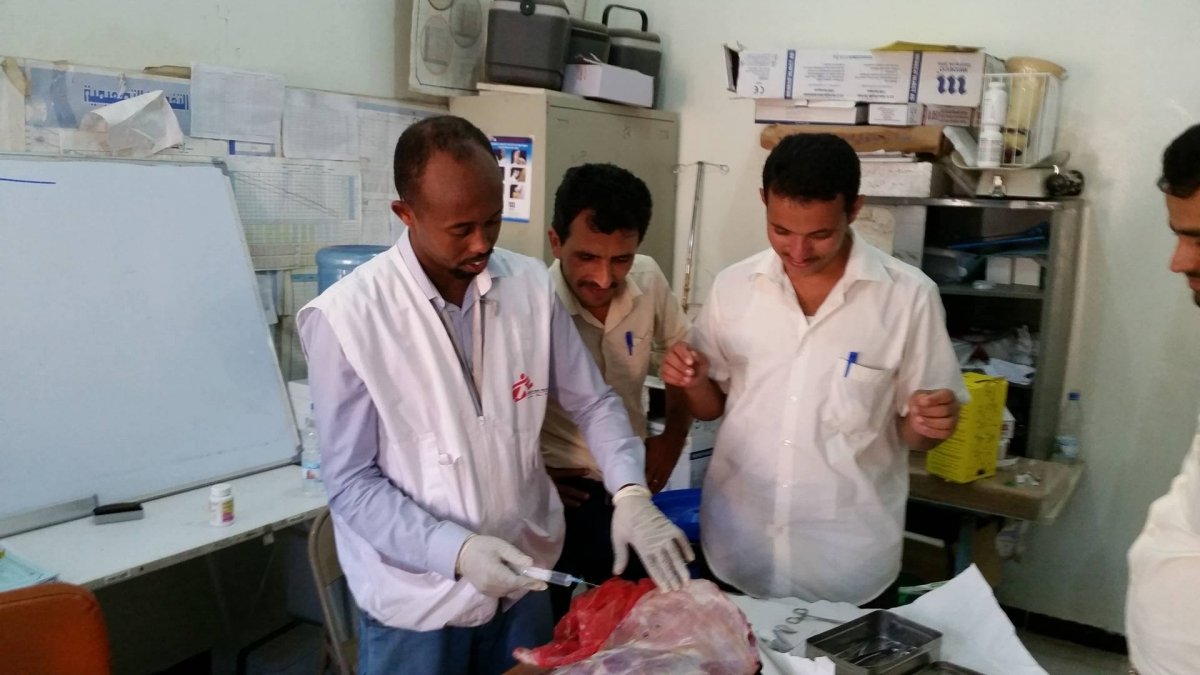 The severity of the war meant Essa and his colleagues weren’t ever allowed out of the compound housing the MSF hospital and staff residence. “My life revolved around work and home,” he says. “I couldn’t go outside for a second and had to ask local colleagues to buy items I wanted from the shops. I kept going by never forgetting I was in Yemen in service of a community in great need. We also stayed motivated by cooking delicious meals.”

On several occasions, the fighting got so bad that the team had enter a safe room, with a fortified door for protection. Essa also worried about his safety and that of his patients when people arrived at the hospital with guns. MSF’s strict ‘No Guns’ policy means weapons are left outside. “In Yemen, nearly everyone carries a gun,” says Essa. “I was also frightened that the hospitals we worked in would get bombed. When my friends and family heard of the hospital bombings in Sa’dah and Taiz, they were so worried about me. I received hundreds of messages from them.”

Essa says he could handle the insecurity and strict safety regulations in Yemen as it wasn’t the first time he’d experienced war. As a child, he lived through the air strikes and checkpoints of the Somali civil wars in the 90s.

He has previously worked in hospitals in Somaliland, which suffer underfunding and a disrupted healthcare systems as a consequence of the civil wars. “The desire to better the quality of healthcare in my country was my major motivation for becoming a doctor,” says Essa.

Now he has extended his valuable skills to providing life-saving care in Yemen’s devastated, war-torn communities.