Twelve people have been killed in an overnight attack at Bishaaro lodge in Mandera Town by suspected Al-Shabaab gunmen, police confirmed on Tuesday.

Mandera East police boss (OCPD) Ezekiel Singoe said the 12 included ten who were visiting for set book performances at schools in the county.

He said the 10 had arrived in Mandera on Monday to stage plays for KCSE exam candidates.

The police boss said they were still identifying the bodies.

Earlier, there were reports of heavy gun battle overnight.

Mandera County Police Commander Job Boronjo Tuesday morning confirmed there was an attack but said they are yet to get details of death or injuries as it was still dark in the area.
“We are monitoring the situation. My officers are on the ground. We will give the details when the day breaks” Mr Boronjo said from Garissa where he is attending an official meeting.

However, unconfirmed reports indicated that a lodge in Mandera was hit by Al-Shabaab and a number of locals killed and others injured.

Asked on exact place of the attack Mr Boronjo said on phone “Lets not go into details for now please. Lets wait for update as the day breaks.”

One killed as police engage Shabaab gunmen in Mandera

The man, a passer-by who was initially identified as security guard at a local primary school, was hit by a stray bullet as the police exchanged fire with the militants, who were said to be planning an attack.

Gunshots and explosions were heard in the town throughout the night, police confirmed.

Mandera County commissioner Fredrick Shisia said at about 11pm, three suspected militia men dressed in hijabs were seen within Mandera Town by security officers.
“They tried to stop a security vehicle attached to the governor that was on patrol and it defied leading to a shootout,” he said.

‘TOOK COVER’
“They were dressed in hijab and the police took cover and started shooting and in process someone chewing miraa in the vicinity was hit by a stray bullet. He is not a guard as has been reported,” he said.

The administrator said the Nyumba Kumi (community policing) initiative in Mandera is challenged by the fact that the people are not active in sharing information with security agents.

There is also fear in the community created by Al-Shabaab that any one sharing information could be eliminated, Mr Shisia said, adding they are addressing these issues for Nyumba Kumi to work effectively.

He said the experienced attacks in Mandera are catalysed by high presence of Al-Shabaab sympathisers and their strong intelligence team.

‘ISOLATED INCIDENT’
Mr Shisia described the latest incident as isolated stating that his team was unaware of any planned attack.
“This is an isolated incident and they could just run into police officers and failed to execute their plan,” he said, admitting that the militants were more organised than the police.
“Their tactics are very dynamic and not static and what they were doing last year is not what they are doing today since they are well trained,” he said.
“We have sympathisers and their intelligence teams here and even in Nairobi, Mombasa and anywhere else and for any attack to be successful it could be planned by these teams on the ground,” Mr Shisia said. 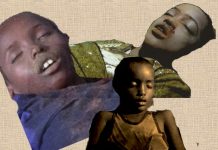