Donald Trump on Sunday warned darkly of the danger posed by Somali migrants in Minneapolis, a deeply segregated city that has the largest Somali-American community. 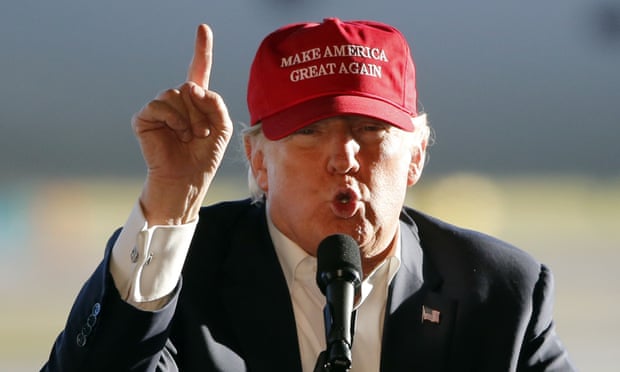 “Here in Minnesota, you’ve seen first hand the problems caused with faulty refugee vetting, with very large numbers of Somali refugees coming into your state without your knowledge, without your support or approval,” the Republican nominee told a rally in the solidly Democratic state, two days before the presidential election.

He then claimed: “Some of them [are] joining Isis and spreading their extremist views all over our country and all over the world.”

“Everybody’s reading about the disaster taking place in Minnesota,” he added, before claiming, falsely: “You don’t even have the right to talk about it.”

Trump has made warnings about refugees a staple of his stump speech, though he has most commonly targeted Syrians fleeing the five-year civil war that has devastated their country.

Three Somali Americans, two US citizens and one a lawful resident, plead guilty in June to trying to join the terror group Islamic State, or Isis. Law enforcement officials have said that more than 30 young men from Minnesota have left the county to join Isis or al-Shabaab, which operates in East Africa.

According to the 2010 census, more than 85,000 Somali Americans lived in the US with the largest concentration living in the Twin Cities. Despite integration campaigns by the community – a former refugee is poised to win office as a state lawmaker, for instance – the area remains one of the most racially segregated in the US.

In that decision, judge Richard Posner said Pence’s actions were discriminatory, and “the equivalent of his saying (not that he does say) that he wants to forbid black people to settle in Indiana not because they’re black but because he’s afraid of them, and since race is therefore not his motive he isn’t discriminating”.

In Minneapolis on Sunday, Trump said blocking refugees would be “the least [government] can do for you”.

“You’ve suffered enough in Minnesota,” he said, “and we will pause admissions from terror-prone regions until a full security assessment has been performed and until a proven vetting mechanism has been established.”