International money transfer company Dahabshiil is seeking to empower refugees in Uganda through supporting their business initiatives under a new project with international partners.

The company has teamed up with UNHCR and American Refugee Committee to help young refugees at Navikale camp in Uganda implement their innovative business ideas to uplift the socio-economic status of the area.

Through a programme dubbed the Change Makers, over 800 young refugees were asked to present business ideas that could help them improve their lives.

Over 1,500 ideas were presented with the best 30 being recognised during an awards ceremony last week in Kampala.

Dahabshiil CEO Abdirashid Duale who was among the top guests at the ceremony said it was important to empower refugees and given the hope of better times ahead.

“Such an award scheme gives them a sense of belonging and being appreciated. But it also gives them hope for a better future away from the camps,” said Duale.

He added: “The creativity from the youth here is brilliant. It has shown the courage they have to venture beyond the adversities they are facing. This will help them return home one day with the dignity they deserve.”

Thirteen young refugees from the camp received awards that will help them build on the ideas they presented. The event got a huge backing from the Uganda Prime Minister’s office.

John Bosco Sentamu, a representative from the Office of the Prime Minister said Uganda receives over 2,500 refugees daily from neighbouring countries and the government was committed to ensuring they are all catered for.

“We have not closed our borders to the refugees but beyond just welcoming them, we also have a responsibility to ensure they live a good life here and when time comes to go back home, they leave appreciating our hospitality,” Sentamu said.

An official from the American Refugee Commitee said the awards were mooted to empower the youth at the camps in order to make their lives better in future.

ARC hosts people from some of the most diversely populated camps in the world, with residents from DRC, Sudan, Somalia, South Sudan, Burundi, and several other countries. 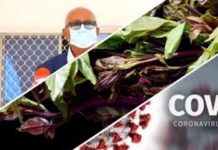 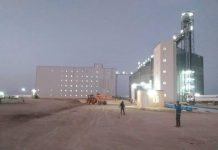