A Ugandan king has been charged with murder following violent clashes in which more than 80 people died last week. The BBC’s Patience Atuhaire visited the western town of Kasese and explains how the situation got to this point.

A strong smell hangs in the air – a swam of flies buzzes off dead goats in a kraal, or compound, fenced with papyrus reeds.

At the steps of the main palace building, a trail of thick, dried blood leads to an office to the left. Inside, a pile of documents is scattered all over the floor, the chairs and table. 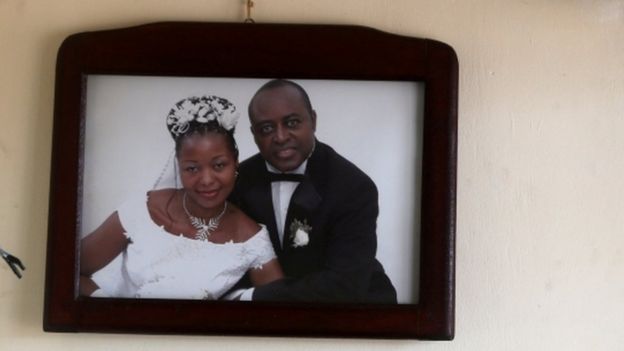 REUTERS.. Chares Wesley Mumbere has been arrested and charged with murder

An album-size photograph of Charles Wesley Mumbere, king of Rwenzururu, lies in the rubble on the veranda.

Military men, armed to the teeth, walk about with purpose. CID investigators are still going from one burnt hut to another, gathering items – discarded clothes, cooking utensils, petrol bombs and machetes.

A kingdom minister is screaming himself hoarse while stamping his foot on the ground on the floor of a burnt hut.

He says: “Please don’t be afraid. Talk to us so that we can try to get you out. I am here. I am a kingdom official.”

We are told that they got a text message from a group of seven men and one woman, who, when the army mounted an attack on the palace last Sunday, retreated into an underground tunnel and are still trapped there.

Police officers try to dig with shovels and hoes in search for the entrance to the tunnel, with no luck. Their commanders agree that an excavator will be needed. 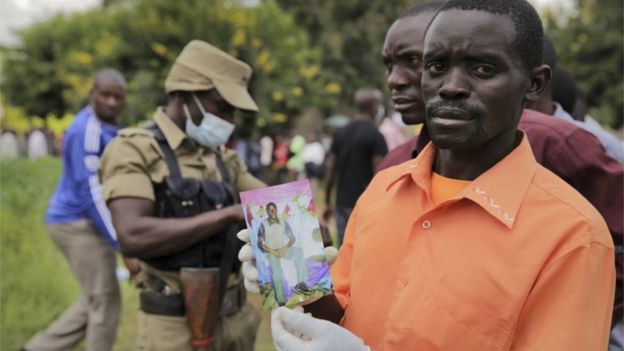 AP..This man waits in a queue in the hope of finding his dead relative in the morgue

The previous day, dozens of people had gathered outside the Kasese Municipality Health Centre III, anxious to find out if their loved ones were in the morgue. 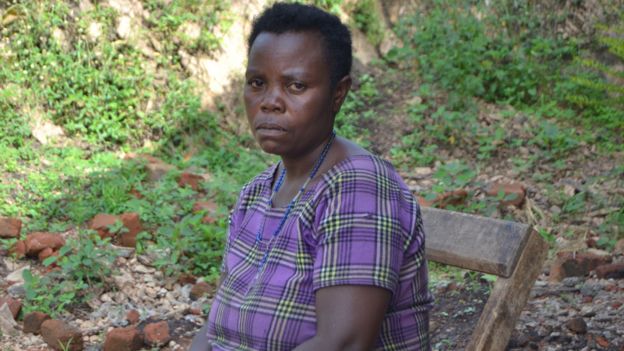 But 40-year-old Apollonia Muhindo stayed home in Kirembe village; the family had sent her brother-in-law to Kasese town to find her husband. Apollonia’s husband was one of the king’s guards present when security officials attacked the palace.

She enters her small kitchen and starts making a local cassava flour and banana snack commonly known as kabalagala.

Money from selling the snacks brings in a small income and she may soon have to face the reality of being the sole breadwinner for her eight children.

As I speak to her, the corners of her eyes begin to well up.

“I am now living in fear and uncertainty. I am wondering where my husband could be. I don’t know whether he is alive or dead.

“My husband was a royal guard. I am not aware of him having worked for people who are said to be militants.” 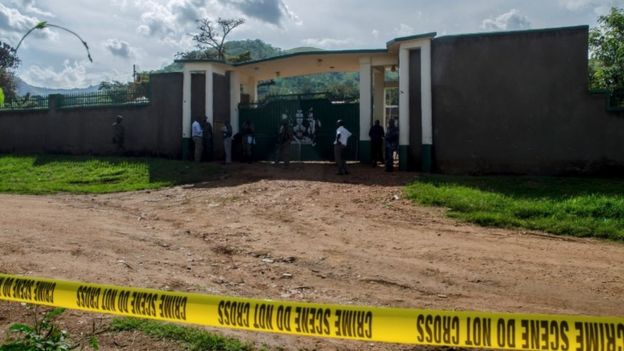 AFP..The palace has been cordoned off 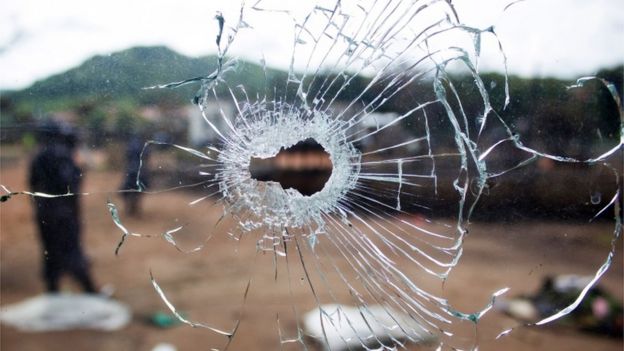 AFP..Witnesses say the shooting went on for about two hours

Just after midday on Saturday 26 November, the army and police stormed the kingdom’s administrative offices on Alexander Street in Kasese town.

People had opened their shops and were waiting for customers when the shooting started, according to an eyewitness who asked not to be named.

The 24-year-old and her two younger sisters were trapped in their shop. She locked the door, told her sisters to lie on the floor and kept peeping through a small hole in the window.

“The army lined the whole street. Then they tried to break down the door of the kingdom offices. Then they started shooting. It got so intense, my sisters were crying. We heard screams of the people who were being shot.”

The shooting went on for more than two hours, she says, and by the time everything was calm, two soldiers had been injured by the royal guards and another killed.

“The soldiers eventually came out with lots of documents, machetes and some uniforms of the guards. I didn’t really see how many royal guards were killed. It was around 5pm when we managed to go out.” 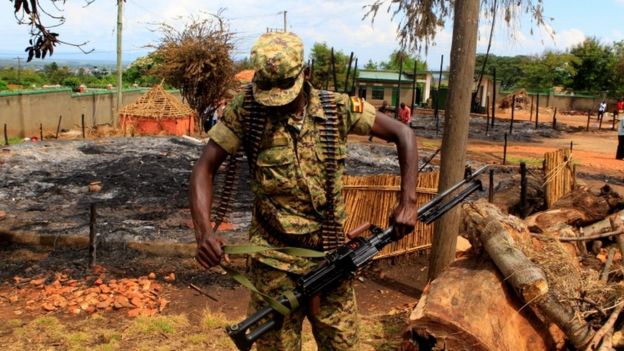 REUTERS..The army said it had launched the operation to disarm separatists in the region

According to official figures, 62 people died in the shoot-out between Uganda’s security forces and guards of the traditional ruler of the Bakonzo community, in the weekend attack.

Hundreds more were arrested during the operation and remain in detention. King Mumbere himself was arrested, charged with murder and is still in custody.

Both the government and army defended their actions, saying they had gone in to disband and disarm a group of militants who had been recruited, trained and armed by the kingdom establishment.

Members of the so-called Kilhumira Mutima (the Strong-Hearted) group are said to be fighters for a movement that seeks to secede from the rest of Uganda and create its own Yiira Republic.

The movement is reported to have support on the other side of the border in eastern Democratic Republic of Congo, which is populated by people who are ethnically related to the people of the Rwenzori region.

A regional security meeting held five days before the attack had resolved to raid and disband camps supposedly set up by the Kilhumira Mutima group in several villages across Kasese district. 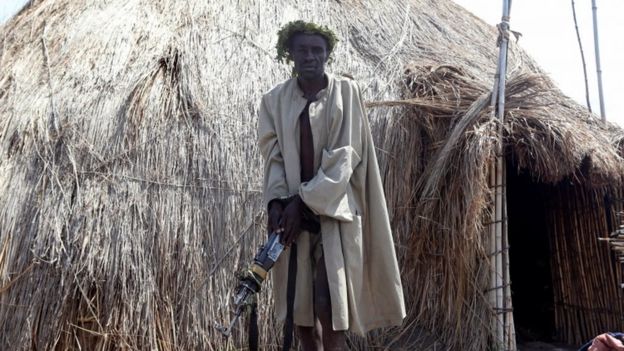 Government officials have said the group, which was largely composed of the king’s guards, then armed themselves when they got wind of the impending attack by security forces.

The secessionist tensions in this region date back to the 1960s, the government says.

The government officially recognised the Kingdom of Rwenzururu in 2009 after years of agitation by Bakonzo leaders against marginalisation.

But granting the Bakonzo their own kingdom does not seem to have done much to calm tensions. 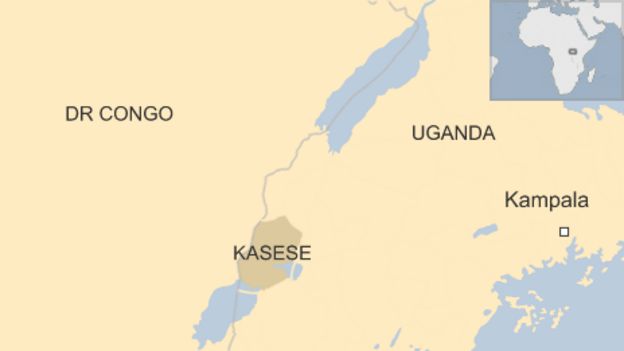 In 2012 and 2014 armed men attacked police stations and army detachments.

More than 60 people, including eight members of the armed forces, died in those clashes. Mr Museveni blamed the 2014 incident on intelligence failure.

One would think that those responsible for national intelligence and security would have learnt their lessons and pre-empt attacks by armed groups in the regions but in March 2016, violent clashes in Bundibugyo district claimed the lives of more than 20 people and displaced 5,000 others.

However, some people in Bakonzo have dismissed possibility that the traditional institution is linked to the Yiira Republic movement.

“I don’t think the Bakonzo people have any intention of destabilising this region, especially after years of suffering at the hands of Allied Democratic Front [ADF rebels],” says 63-year-old Saul Maate. 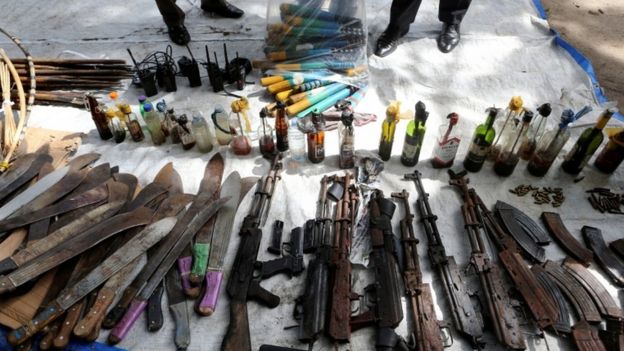 Negative sentiments against the Ugandan government, he says, are as a result of pent-up anger from unfulfilled government promises.

“Every election the government promises roads so that farmers can ferry their produce down to the towns. In 2001, Kasese was burnt down by the Allied Democratic Front rebels. Lives and property were lost. The government promised the people compensation, but this has never happened.”

Regional army commander Peter Elwelu says the separatist crusade may have links to groups like the ADF.

“The strategy of using Improvised Explosive Devices (IEDs) is an ADF tactic. We have intelligence that the king had started to establish military camps in the mountains,” he says.

“The fighters had started to abduct people, collect taxes, kill policemen and soldiers. There is a village where they abducted a local leader, tortured him to death and buried him in that camp. He [the king] had crossed the line,” Mr Elwelu adds. 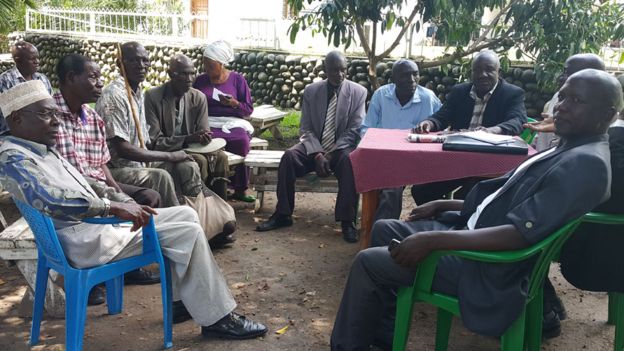 But the Rwenzururu kingdom maintains it has no intention of establishing a Yiira Republic or has links to militants.

“It is just being perpetuated by enemies of the kingdom. And some of them are Bakonzo who are not in support of the kingdom,” says Enock Muhindo, the kingdom’s speaker of parliament.

“And those people are trying to sell the idea to the population. The Obusinga [king] has no intention or dream of fighting for a separate state,” he adds.

The kingdom’s cabinet have resolved to meet President Museveni and negotiate with the government, especially on the king’s detention.

“We want to believe that the government doesn’t want this situation to escalate,” Mr Muhindo says. 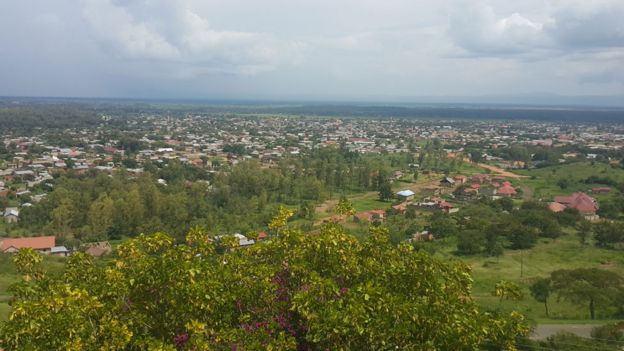 The Rwenzururu kingdom is known for its greenery and wildlife attraction

Rwenzori region is an area not only rich in culture but also in natural resources. It is famous for its snow-capped mountain ranges and is home to the Queen Elizabeth National Park, lakes Edward and George as well as the Kazinga channel, one of East Africa’s best locations to see wildlife.

The people and the region’s wealth need peace to thrive.