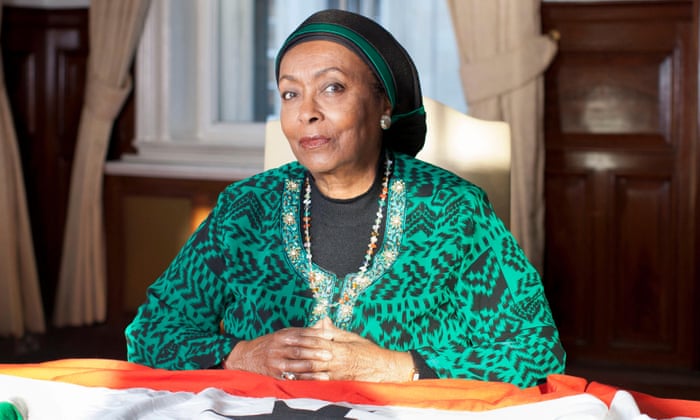 A former first lady of Somalia has warned international aid agencies they need to speak directly to communities who practice Female Genital Mutilation (FGM) or risk ‘winning battles but losing the war’ on the practice.

Edna Adan says that despite a reduction in the numbers of young girls being cut in her homeland of Somaliland and in the wider Somali nation, things are ‘slipping back’.

“Unless we get people sitting on the mat in the villages, taking time to speak to the grandparents and the parents and the religious leaders, we lose what ground we have made,” said the midwife and former foreign minister of Somaliland.

“It’s not about the money, it’s about what we do with the money. And in some cases, sending people instead of money is better.”

Adan, who underwent FGM as a child, is head of her own maternity hospital, set up using funds from the sale of her house and designer clothes amassed as an international diplomat working for the World Health Organisation.

The Edna Adan Maternity Hospital in Hargeisa has delivered more than 20,000 babies. More than 1,000 midwives have graduated as medical professionals, trained to the exacting standards she says she learned in the UK in the 1970s.

“If you come to me to train at my hospital and you don’t want to talk FGM, you can go waste someone else’s time,” said Adan, in the UK this week to set up a new Foundation aimed at cementing her legacy of training and education in her homeland.

“My hope is that through my army of midwives fewer girls will go through FGM but we need to build the message of health effects and make sure it reaches the practising communities, as well as change the minds of politicians to build on that work, otherwise we will start to go backwards.”

Type III FGM is most common in Somaliland, which involves the total removal of the female genitalia with only a small hole left for menstruation and urination. Edna was not yet a teenager when, in her father’s absence, she was taken by relatives to be ‘purified’.
She remembers the searing pain and the bleeding as the procedure, performed on a stool, was finished off with stitches made of thorns. Her father returned hours later to find his daughter lying on the floor in shock. The look on his face and his subsequent rage at her mother remains burned into her memory.

“He was a medical doctor. Very well respected in Somaliland and further afield among the displaced. He knew what this meant for me.”

“Work needs to take place in countries like mine, using people who speak in the same language, using the same words as the grandfathers and mothers and religious leaders who can actually change things there.

We must understand that they believe they are doing right by their daughters. They do this out of love not cruelty

“We must understand that they believe they are doing right by their daughters. They do this out of love not cruelty. And to speak about it we can’t just go straight into that one subject, we have to talk about their homes, their families, health issues, nutrition. Then we can get on to FGM.”

Edna has also built a university and she is now touring the world raising money to maintain a legacy she hopes to leave to her people.

“At my own hospital, 14 years ago 97% of the women we saw had gone through FGM reflecting the National figures. Now our data indicates that is down to 76% but that’s still a lot.

“I am 79. I have supported the hospital by doing speaking tours for years now. I need to make it more secure so am launching the Edna Adan Foundation in the UK today in order to do that.

“I want to train young woman to be teachers so that they can inform the girls of the future and they can then come and train as medical professionals and make life better for women and children in Somaliland.”