SomTribune
Home Social Issues In Somaliland, women are being raped and having miscarriages as a result...

Tens of thousands of people have been displaced as a direct result of the Horn of Africa’s ongoing unprecedented drought. But it is women and young mothers who are bearing the brunt.

“Two days ago four men came, grabbed me and started raping me. Most women and girls in the camp have been assaulted or raped by gangs,” begins Hodan Ahmed, 23, sitting in her makeshift shelter where she has lived since she arrived from drought-ridden eastern Somaliland to a camp for internally displaced in Maxamed Mooge, Hargeisa.

Cases of sexual and gender-based violence (SGBV) are rife here. A lack of police presence, inadequate lighting, an absence of sanitary facilities and an increase in the number of female-only households has rendered this camp an ideal ground for SGBV. “The ground is really hard here so we can’t dig to make lavatories.

This means we have to go outside and because there is no privacy in the open, we only go once it gets dark,” explains Hodan “and by the time it is dark enough for us to go, it also becomes very dangerous as many gangs operate here. These are the circumstances in which I was raped.”

“It happens to all of us, all the time,” concludes Sahra Hussein, one of the oldest residents in the camp.

Somaliland, an arid and internationally unrecognised state in the Horn of Africa, is suffering from one of the worst droughts in years, aggravated by one of the strongest El Niño events on record, which has led to the displacement of tens of thousands of Somali rural pastoralists communities.

Triggered by weak winds and warm water in the Pacific Ocean, the El Niño climate cycle, is according to a new study published by the American Meteorological Society, being worsened by climate change.

The study claims that “anthropogenic warming contributed substantially to the very warm 2015/2016 El Niño” and as a consequence is intensifying the cyclical droughts in Somaliland to unprecedented levels.

Hargeisa, the capital, has been the main the destination for most climate-forced refugees and according to the United Nations High Commissioner for Refugees (UNHCR), is now home to 85,000 internally displaced persons (IDPs). But life here is a far cry from the relief most had hoped for, the situation proving even worse for women refugees.

When women arrive in the capital they find themselves cast to the margins, in hostile environments with few employment opportunities. While men have found it possible to find jobs in the city, the multitude of dangers the drought has exposed women to – from sexual assaults, to illegal land grabbing, to lack of sanitary facilities – clearly demonstrates that it is the women who are bearing the brunt of the drought and its consequences. 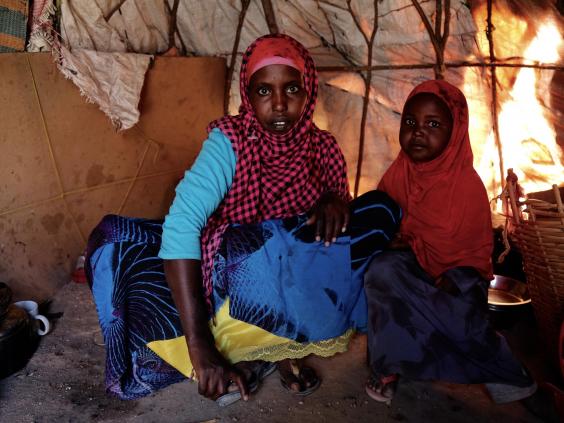 “I arrived here two months ago. The drought killed my animals. But the lack of water has affected us in many other ways. Just before coming here, I went into labour but I had no water and so I lost my baby. I became very weak and could not stop bleeding,” explains Amina Abdul Hussein, mother of three, inside her makeshift shelter away from the sun’s glare, in a camp for internally displaced in Maxameda.

Many women in the camp report they have suffered from miscarriages because of the drought and a recent study in Global Environmental Change found that reduced rainfall and high heat has resulted in low birth rates, stemming from the increased likelihood of miscarriages.

“In the very early stages of intra-uterine development, climate change has the potential to significantly impact birth outcomes,” said Kathryn Grace, professor of geography at the University of Utah and lead author of the study.

“As soon as my husband saw me in this state [having miscarried a child], he left. I came to Hargeisa and ended up here,” continues Amina. In order to survive, she, like the other women in the camp, picks up stones and sell them at market. They claim to make about 60,000 SOS (approximately £5.60) per ton but as Amina emphasises, “it is difficult work. I suffered many complications following my miscarriage and carrying heavy loads puts me in a lot of pain”.

The money is used to pay rent and buy food. The women explain that the land they stay on is privately owned and recount frequent visits by violent landlords. “If we don’t pay, they set our shelters on fire,” explains Amina, “so many have here have been burnt”. This camp, like most of the country, receives no humanitarian support from the international community or the government. Nima Berashe, 45, explains that although various agencies have come to ask questions and assess the situation, “they have never come back”. 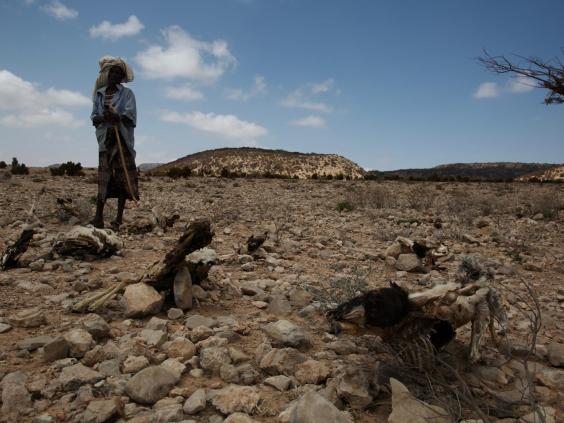 Dacar stands among the remains of his livestock

But women are not the only ones bearing the brunt of the drought. The elderly and their grandchildren, too weak to flee, have also been left to die in the rural areas of Somaliland. 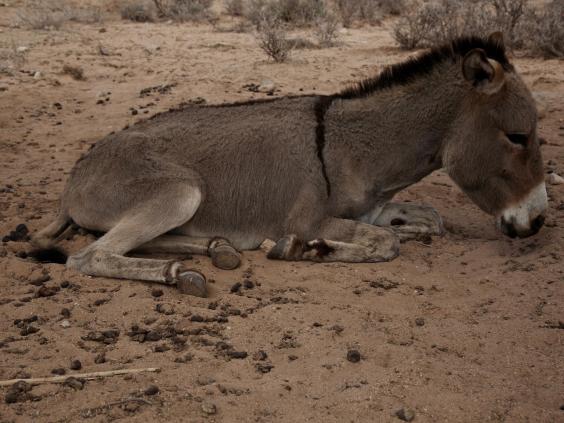 The last remaining donkey lies, close to starvation underneath a tree.

“He is the last of our animals,” sighs Dacar Yusuf Galaydh, 75, as he stands over his donkey, which is lying close to starvation head sunk to the ground.

When one of his animals passes away, Dacar carries their limp bodies from his home out to a field. The harshest drought to have the racked the Horn of Africa in two decades has killed off all of his cattle, sheep and goats. “Even our donkeys have died, this is the last one,” he claims.

“We’ve had droughts here in the past but I don’t remember one as bad as this one. And look at my age!” says Dacar as he marches towards the dry community well. “We have no water left. Until recently we were still able to walk for a couple hours with our donkeys to fetch water but now there is no water anywhere and we don’t even have donkeys to carry the water back,” says Dacar, “we are facing an emergency.”

As aid from the government and humanitarian agencies fails to arrive, those left in the village, he explains, are now relying on water extracted from the roots of old cacti. 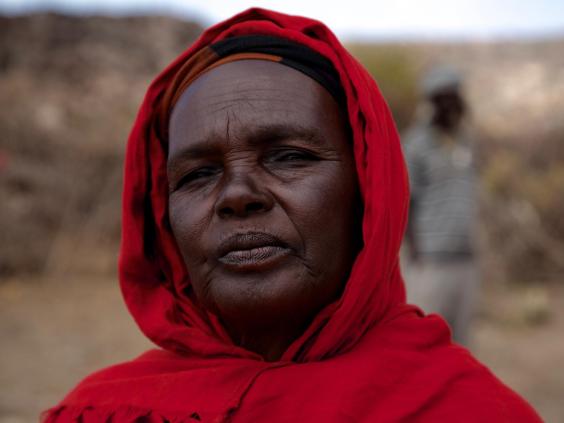 Hatto Hussain, 65, says she used to own 200 goats and cows and would live off the income generated by the sale of milk and meat. “I have one cow left, the rest have died. We have nothing.”

Livestock production is the backbone of Somaliland’s economy with around 60 per cent of the population practicing some form of pastoralism. With no income, the community’s food supplies have dwindled to alarming levels.

“We have calculated that we have enough food for the next five days and that’s only with one meal a day,” Hatto says. Many of her grandchildren, she explains, are suffering from stomach cramps. They are lucky, she claims, none have suffered complications yet, but Dacar adds that with no water or food he expects a crisis in the coming days. “We urgently need water and food, or we will die.”

As most Somalilanders have had their very way of life ripped away from them by the drought – and the lack of national and international support – it is the women and most vulnerable who are bearing the brunt.