Using metal hand tools, a team of forensic investigators scrapes away soil covering a mass grave in the town of Berbera, Somaliland. Nearly two meters below are the bodies of 17 men who are believed to have been rounded up, shot and dumped here nearly 30 years ago.

The men were from the Isaaq clan. They allegedly were killed by troops, loyal to Somali dictator Siad Barre, who were battling rebels from Somaliland at the time.

The campaign killed about 50,000 people, mostly from the Isaaq clan. The commission says this was a genocide, although the use of the term is disputed. 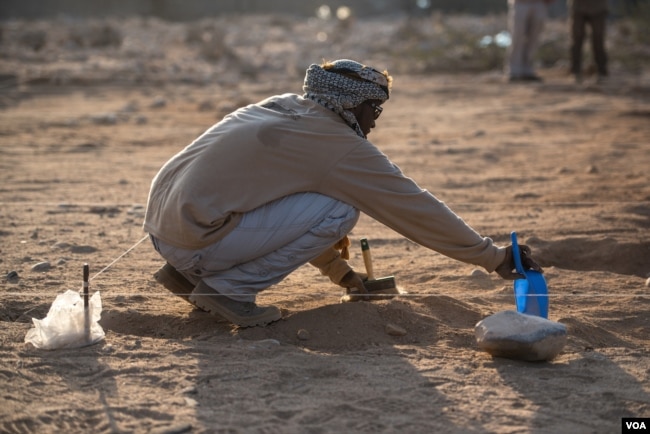 A forensic investigator brushes away soil from the top of a mass grave containing 17 bodies buried nearly 30 years ago in Berbera, Somaliland. (J. Patinkin/VOA)

More than 25 years after that civil war ended and Somaliland declared its independence from the rest of Somalia, researchers continue to find mass graves around the country.

For the past five years, Somaliland’s War Crimes Investigation Commission has teamed up with a group of international forensic investigators to exhume the bodies.

They hope to gather enough evidence to bring the alleged perpetrators of war crimes to justice.

Commission chair Khadar Ahmed Like says the exhumation process is a matter of dignity for the dead, who often were dumped in pits without ceremony. 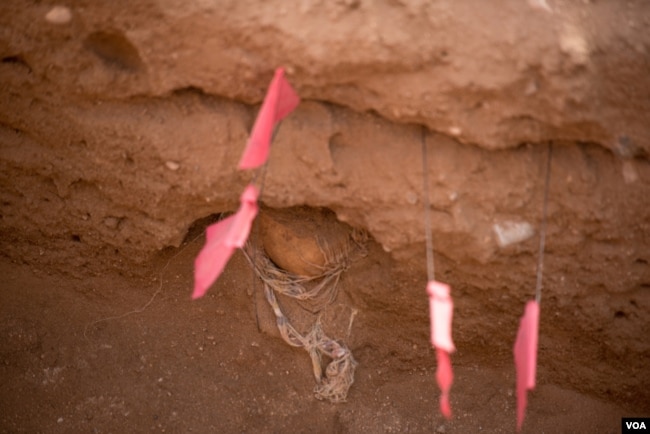 A human skull and clothing buried nearly 30 years ago is uncovered in a mass grave in Berbera, Somaliland. (J. Patinkin/VOA)

“Every person has the right to be buried in his religious method,” he said. “So we are just taking out these bodies and we are burying them separately after cleaning and praying on them.”

After a few days of digging with shovels and pick axes, the investigators reach the bodies. A skull wrapped in cloth pokes out of the dirt.

In the past five years, the commission has exhumed 11 mass graves, including the one opened this year in Berbera, according to Like, and it has reburied more than 100 bodies.

After removing the bones, the team reassembles the skeletons and analyzes the remains in hopes of identifying the victims and establishing a probable cause of death. 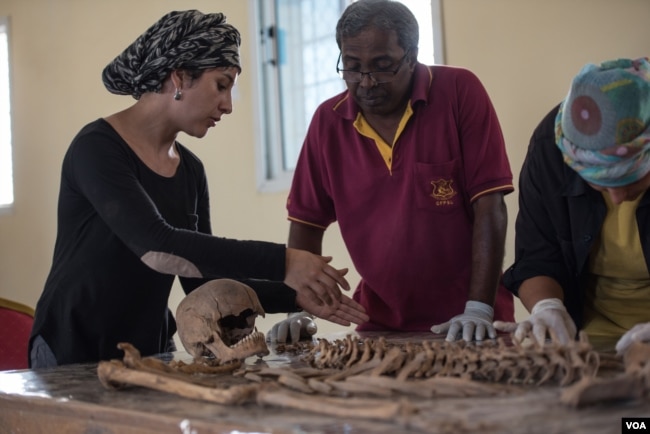 Valeska Martinez, left, and her colleagues analyze human remains — which appear to have suffered a gunshot wound to the head — in a lab in Berbera, Somaliland. (J. Patinkin/VOA)

Valeska Martinez, a forensic analyst from Chile, explains that one skull, its facial bones missing with deep cracks along the cranium, indicates a gunshot wound.

The exhumations, however, are divisive.

Fights broke out between family members and police as relatives of the victims tried to block the opening of the grave in Berbera. The commission did not consult first with the families about the process. 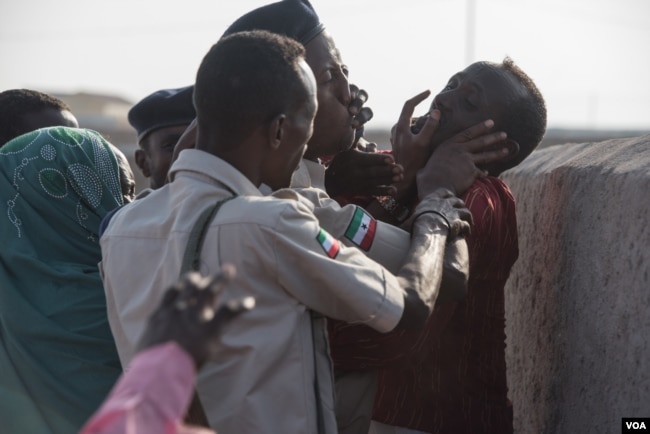 Police clash with families who don’t want a mass grave containing their relatives to be exhumed in Berbera, Somaliland. (J. Patinkin/VOA)

Khadra Mohamed Abdi, whose father’s body was found in the mass grave, says she wants his killer caught and jailed. Nevertheless, she stood against the removal of the body.

“It’s all so painful. You know, someone you forgot 25 years ago, and then when we see the process, it’s like [the pain is] new to us,” she said. “All the time we are crying because we remember what happened that time. We told them, not to dig, but the decision is not our hand.”

Commissioner Like countered that proving the atrocities took place is of national importance and could convince other countries to recognize Somaliland’s independence from Somalia.

“Actually, for [the families] it’s nothing,” he said of the exhumation process. “It is for us to prove this genocide has occurred by the regime of Siad Barre.”

In Somaliland, digging up the past brings no easy answers.