Somalia, a failed state in East Africa, has an extremely hostile political and business environment. But its people, the Somalis, are some of the most entrepreneurial people in Africa. Meet five low-key, ultra-wealthy Somali entrepreneurs who founded, own and run businesses with proven annual revenues of eight figures or more. Their names don’t ring with the African public, and you’ve probably never heard about them before, but you should probably know them.

Abdirashid Duale is the CEO of Dahabshiil, an international funds transfer company headquartered in Dubai. His father founded the business in the early 70s as a commodities trading business but extended into providing money transfer services to Somali diaspora who were looking to send money home. Duale, 40, now calls the shots and has control of the company. Dahabshiil now operates from more than 24,000 outlets across 126 countries and employs more than 2,000 people. The company had 2016 revenues of more than $1 billion. The Dahabshiil Group also operates a leading commercial bank in Somalia, and owns 95% of mobile telecoms firm Somtel. Duale owns property in London, Dubai and Hargeisa.

Telecommunications tycoon Abdirizak Ido is the founder and controlling shareholder of Nationlink Telecom, one of the largest telecommunications companies in Somalia. Ido, who is primarily based in Dubai, founded Nationlink in 1997. The company provides Mobile, Fixed Lines, Internet and Satellite Mobile services and has more than 700,000 subscribers in the country.

Mohamed Abshir Abdi made his fortune trading seafood. His Hafun Fishing Company, which he founded in 1992, is involved in the importation, distribution and sale of seafood products- everything from lobsters and frozen fish to dried shark meat. The company has annual revenues of more than $10 million.

Ismail Ahmed is the founder of WorldRemit, a London-based online money transfer service that lets people send money to friends and family in other countries. In 2015 the company raised $100m in a Series B funding round led by Technology Crossover Ventures (TCV) and Accel Partners. Ahmed is CEO of the company. 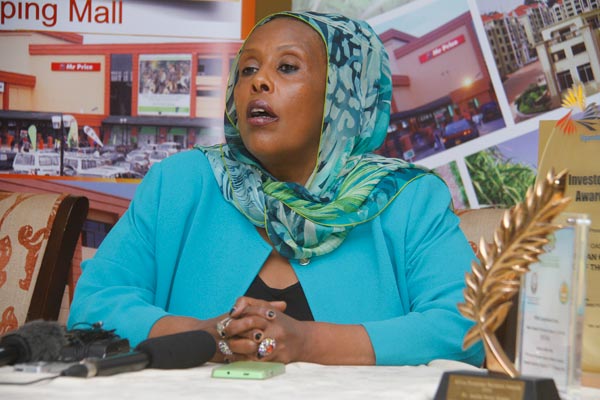 Amina Hersi Moghe’s parents were nomads who migrated from Somalia and settled in Bungoma, Western Kenya, where she was born. Growing up as a child, she worked with her mother in setting up a hardware store before settling down in Uganda to trade soft commodities and cement. She built a fortune from there and delved into real estate. Hersi, 64, now owns some of the choicest pieces of real estate in Uganda, including the landmark Oasis Shopping mall in Kampala, and hotel Laburnam Courts. Her sugar manufacturing company, Atiak Sugar Factory, is also developing a $120 million sugar factory in Uganda’s northern region.