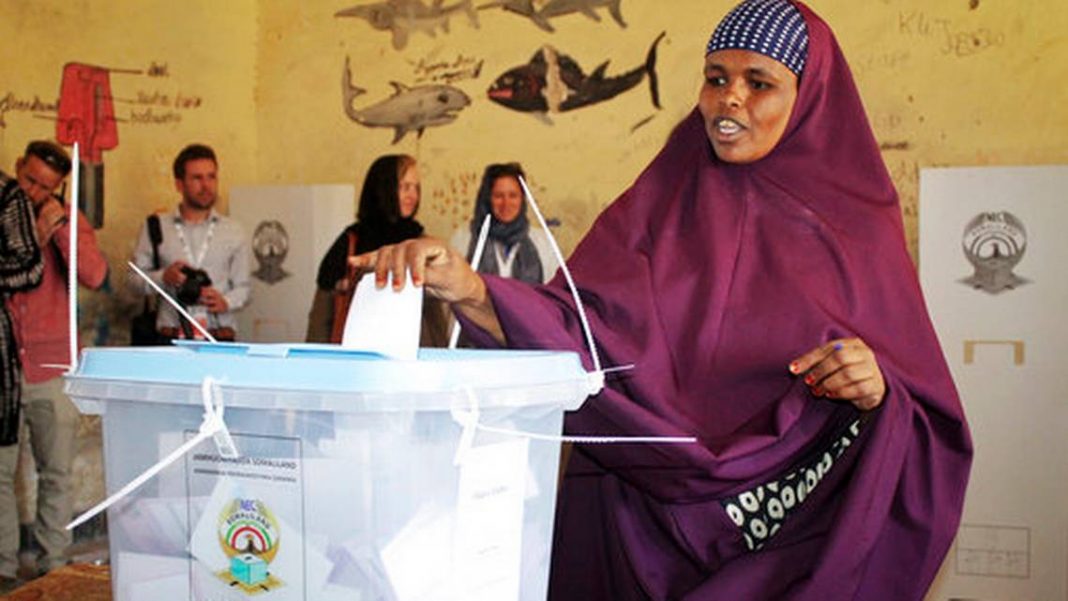 Polls have closed and the counting of votes has begun in Somalia’s semi-autonomous region of Somaliland which is electing their fifth president Monday as the ruling party faces a strong challenge from opposition candidates.

Results are expected by Friday. The Somaliland government will block access to social media during the vote-counting period to try to prevent the spread of rumors about election results.

More than 700,000 voters registered to cast their votes at more than 1,600 polling stations across Somaliland amid tight security in the peaceful enclave.

This election was be the first in Africa one to use iris-scan biometric technology to prevent anyone from voting more than once, said Somaliland’s electoral officials.

Three candidates are running for president following weeks of election campaigns. The current president is stepping down after his five-year term was controversially extended for two-and-a-half years because of a shortage of funds and a drought. Muse Bihi Abdi, the candidate for the ruling Kulmiye party and his main challenger Abdirahman Irro from the opposition Wadani party are slight favorites over Feisal Ali Warabe, a veteran politician from the opposition party UCID.

The new president will serve a five-year term that can be renewed once. The vote was be monitored by a British-funded team of 60 international observers from 27 countries.

Somaliland, a haven of relative peace in northwestern Somalia declared its unilateral independence from Somalia in 1991. However, no country has so far recognized it as an independent state. Some voters said they hope Monday’s election will help Somaliland’s push for international recognition.

“We hope it’ll be a peaceful election that will prove to the world that Somaliland deserves an international recognition,” said Barkhad Jama, a resident in Hargeisa, Somaliland’s capital.

Women queue to cast their votes in the presidential election in Hargeisa, in the semi-autonomous region of Somaliland, in Somalia Monday, Nov. 13, 2017. More than 700,000 registered voters across Somaliland are expected to cast their votes Monday to elect their fifth president, as the ruling party faces a strong challenge from opposition candidates. Barkhad Kaariye AP Photo