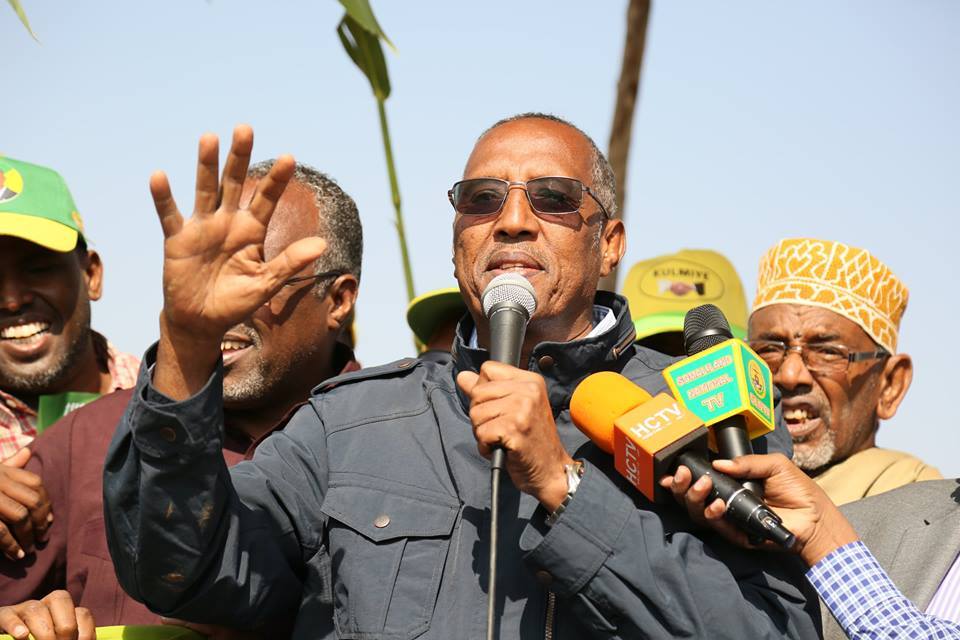 Musa Bihi Abdi of the ruling Kulmiye party was declared the winner of Somaliland’s presidential election on Tuesday, by the election commission of the breakaway region.

Situated at the northern tip of east Africa on the Gulf of Aden – one of the busiest trade routes in the world – Somaliland broke away from Somalia in 1991 and has been relatively peaceful since. The region of 4 million people has not been internationally recognized but it has recently drawn in sizeable investments from the Gulf.

In a debate before last week’s vote, Abdi pledged to boost women’s participation in politics and introduce compulsory national service for high school and university graduates.

There was no immediate comment from Iro, whose opposition party Waddani had accused Kulmiye of vote-rigging although it has not given evidence.

A U.K. government-funded international observer mission said the poll “preserved the integrity of the electoral process” and concluded irregularities were limited and did not undermine the vote.

The former British protectorate broke away from Somalia in 1991 following a bloody civil war.

The poll had originally been scheduled for 2015 but was delayed by political spats and severe drought.

Analysts say the region enjoys strong ties with neighboring Ethiopia and Djibouti as well as its growing investment from the Gulf. Earlier this year the government agreed to let the United Arab Emirates establish a military base in its port of Berbera.

That came after Dubai’s DP World last year signed a 30-year concession to develop the same port that will require an investment of $440 million. The company is pouring further funds into a project connecting the port to landlocked Ethiopia. This month DP World said it would also develop an economic zone in the region.