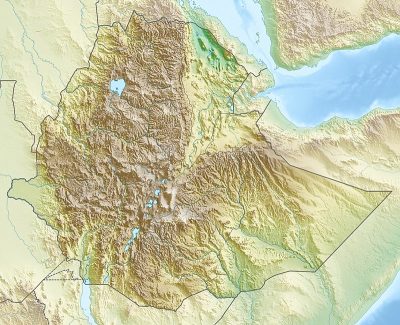 Tensions are rising between Egypt and Ethiopia over the latter’s Grand Renaissance Dam.

Cairo recently reiterated its longstanding position that it’s against Addis Ababa’s construction of this megaproject on the Blue Nile river through which it receives most of its water, believing that the dam would allow Ethiopia to control downstream Egypt’s access to this resource and thus place it in a strategically vulnerable position. The Horn of African state hit back at the latest criticism by stating that it won’t be thwarted in carrying out this nationally important development project, and it also refuted the rumors which claimed that Qatar was partially funding the dam. Egypt’s latest infowar campaign against Ethiopia’s initiative is thought to be fueled in part by Sudan’s strategic realignment towards Addis Ababa in this dispute and more broadly in a larger Silk Road context, which has totally changed the dynamics and correspondingly placed Cairo on the defensive.

This simmering situation is much bigger than its trilateral format would suggest because it’s taken on contours of the Gulf Cold War over the past couple of months. Qatar worked quickly to patch up its previously rough relationship with Ethiopia ever since the Saudi-led but Emirati-orchestrated effort to “isolate” Doha on purported anti-terrorist pretexts, while at the same time its pro-Egyptian UAE former partner doubled down on its military presence in Ethiopia’s neighboring rival of Eritrea and the self-declared statelet of “Somaliland” on the pretense of using their territories to aid in the disastrous War on Yemen. Altogether, a dangerous trend is emerging whereby the Gulf Cold War is expanding to the Horn of Africa in seeing an Emirati-aligned Egypt encouraged by its GCC partners to behave more bellicosely towards a Qatari-backed Ethiopia, with the Grand Renaissance Dam becoming a transregional symbol of proxy discord.

Egypt knows that it will forever remain dependent on Ethiopia in the event that the project is completed, which would in turn place the world’s most populous Arab state and the GCC’s top non-Gulf ally under the influence of Qatar’s allies in Addis Ababa, something which is unacceptable for both President Sisi and his monarchic sponsors so long as Doha is perceived as supporting the Muslim Brotherhood that threatens them all. Short of any formal state-to-state conflict, Egypt and the UAE could use Eritrea as a launching pad for organizing anti-government destabilization efforts against Ethiopia, something that Cairo is already suspected of doing when it comes to Addis Ababa’s concerns that they’ve been manipulating the country’s centrally positioned and most populous plurality of the Oromo to that end.

Should proxy warfare operations heat up in the Horn of Africa, then the implications could be geopolitically profound because they could endanger China’s Silk Road railway through Djibouti to the Ethiopian capital, which could in turn offset the spread of multipolarity to this strategic region. Amidst all of this, Sudan’s crucial position between the two most directly competing parties will become all the more important as a “balancing” force, but it will more than likely take China’s discrete Great Power diplomatic involvement to alleviate interstate tensions just like it decisively did between Bangladesh and Myanmar last week.

The post presented is the partial transcript of the CONTEXT COUNTDOWN radio program on Sputnik News, aired on Friday Dec 1, 2017.

Andrew Korybko is an American Moscow-based political analyst specializing in the relationship between the US strategy in Afro-Eurasia, China’s One Belt One Road global vision of New Silk Road connectivity, and Hybrid Warfare.