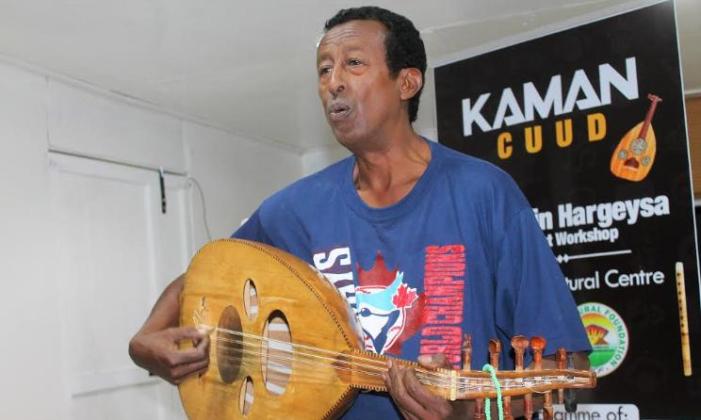 In what is seen as major inroads made in Somaliland’s cultural sector, the Music In Africa Foundation (MIAF) is proud to announce that a music training workshop and performance programme under the auspices of the Music In Africa Connects (MIAConnects) project was successfully implemented in the self-declared state’s capital, Hargeisa, in mid-October.

The MIAF partnered with the Hargeisa-based Redsea Cultural Foundation (RCF) earlier this year to support both established and upcoming music professionals in a region where the dictatorial regime of Mohamed Siad Barre between 1969 and 1991 led to a devastating civil war that saw all art forms, including audio recordings, looted and demolished.

Various cultural players in the autonomous state, such as the RCF, are now shoring up the cultural sector by holding various activities that are often frowned upon by religious clerics and large sectors of Somaliland’s society.

The MIAF recently learnt that efforts to reignite the music sector in Somaliland through its MIAConnects music development project, which operates in seven African countries affected by conflict, had materialised in a workshop at the Hargeysa Cultural Centre, where the RCF has also built a facility equipped with the required gear to produce music recordings.

As a starting point for future activities of a similar kind, the workshop covered topics relating to the basic understanding of music, RCF president Jama Musse Jama told Music In Africa. The focus instrument during the workshop was the oud in relation to traditional Somali music, with music expert and former Iftin Band member Abdi Mohamed Jama, who is also the director of the Department of Culture at the Somaliland Ministry of Information, facilitating the training of 13 beneficiaries.

Jama Musse Jama said the 13 were subjected to three days of theory classes while various other artists were invited to perform alongside the students as part of their practical training. The invited artists then held a performance on the last day of the workshop when the participants were tested on their piano skills, with seven of the trainees passing the syllabus and attaining certificates.

“There is a general complexity to talk about and promote music classes in Somaliland,” Jama Musse Jama said after the conclusion of the workshop. “Society is not yet ready to welcome these kinds of activities, and in particular major resistance arises when young female artist are among the trainees.

“This issue has become even more prominent in recent times with cities in Somaliland, including Burao, where instrumental and traditional music has been banned at all public events including festive occasions such as weddings.”

Apart from turning its attention to music development in Somaliland, the RCF is best known for organising the Hargeysa International Book Fair, which is regarded as the main cultural even in Somaliland. The annual event brings together writers, poets and artists from around the world to share and discuss their art, culture and literary productions with the audience.

This year, the book fair celebrated 10 years of existence and aptly chose the theme Connectivity in line with the MIAConnects project. It also featured the band Xiddigaha Geeska (Horn of Africa Stars), which performed to a capacity audience of 4 500 people. The band’s show was broadcast live on two major Somali television channels and streamed on social media where it enjoyed unprecedented viewership numbers.

The RCF is also in the process of producing a music booklet of Somali music that will contain five traditional songs. The booklet is expected to be published sometime next year.

MIAConnects is a multi-faceted music development initiative aiming to support the music sectors of African countries affected by conflict. The project is implemented by the Music In Africa Foundation together with partners in seven focus countries, namely Chad, Mali, Niger, Nigeria (North), Somalia, South Sudan and Sudan. It is supported by the German Federal Foreign Office and Siemens Stiftung.